2022 Champions League: Who plays in the final, time and venue

On May 28, the final of the 2021-22 Champions League season will take place, featuring Liverpool and Real Madrid. Telecom Asia Sport anticipates the main match of the year, talking about the chances of the rivals for the title and the venue where the Champions League final will be held instead of St. Petersburg, Russia.

Bet on Liverpool vs Real Madrid with 1xBet

To learn more what to expect from this major tournament, consider watching our expert preview video of this event! Also, don't hesitate to join our community by subscribing and following our Daily Video Tips!

Champions League - what kind of tournament is it?

The Champions League is the biggest tournament in club football in Europe. The 32 strongest continent teams participate in its main part every year. Most of them are selected directly from their national championships, while another part goes through a qualifying stage. The group stage takes place before the New Year break, while the playoffs are in spring. The two best teams of each group face each other in the playoffs.

Who made it to the 2022 UEFA Champions League final?

Liverpool became the first team to qualify for the 2022 UEFA Champions League final. Jürgen Klopp's charges qualified quite easily, although their rivals tried to make it difficult for them time and again. During the confrontation with Inter, the English even suffered a rare defeat at home, but later they created a comfortable head start for themselves when away. In the case of Benfica, everything was already clear after the first game, and Villarreal tried to scare the Reds only in the first half in Spain and led 2-0, but could not keep the score.

Real Madrid was a whole different story - they worked wonders in every round of the playoffs. Madrid was 0-2 down after three of the four halves, but then Karim Benzema netted a hat-trick to place Los Blancos among the quarterfinalists. The Spaniards then fought back in the closing stages of the second leg to snatch victory from Chelsea in overtime. In the semifinal with Manchester City, the story repeated itself. But then Carlo Ancelotti's team survived thanks to two goals scored by Rodrigo in the 90th and 91st minutes and then turned out to be stronger in the extra half-hour, which will allow them to play Liverpool again in the final after four years.

The 2018 Champions League final composition was the same as what we will see now at the Stade de France. At that time, Real Madrid and Liverpool had a spectacular battle, and the victory at the Kyiv Olympic Stadium was celebrated by the players of the Madrid club - 3-1. The best player of the meeting was named Gareth Bale, who formalized the double, another goal for Los Blancos was scored by Karim Benzema, and the Reds just got the goal from Sadio Mane.

Bet on Liverpool vs Real Madrid with 1xBet

When and where the 2021/22 Champions League final takes place

The final match in the Champions League season 2021/22 was supposed to take place on May 28 in St. Petersburg at the Gazprom Arena. Still, due to the military conflict, UEFA postponed the decisive meeting of the tournament, but the date remained the same. The new venue for the 2022 Champions League final is the Stade de France, located in the suburbs of Paris. For this stadium, such a status match. It is not a novelty because, in 1998, it hosted the World Cup matches, and in 2016 - the European championship. Now Liverpool and Real Madrid will play in Saint-Denis. 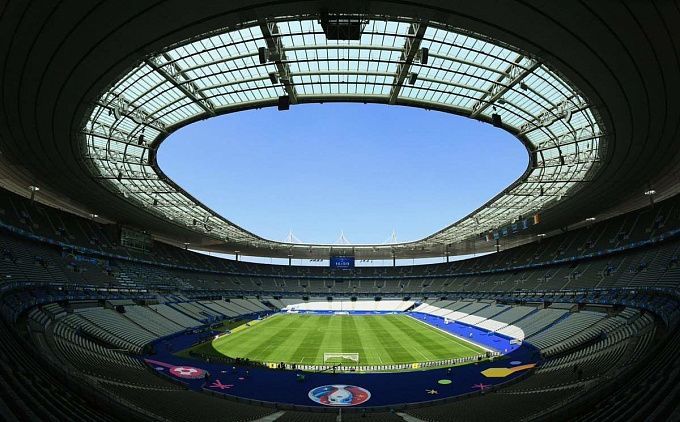 The UEFA Champions League is the most prestigious club football tournament in Europe, where clubs have a good opportunity to fill their budgets. This is especially true for those teams that make it far in the playoff bracket, as the prize money increases with each passing round. For example, Liverpool and Real Madrid will receive 15.5 million euros to win the semifinals. However, Real Madrid has already earned 132 million euros for the season and Liverpool 121 million, including payments for TV broadcasting rights and results. The winner of the decisive match will receive an additional €4.5 million.

What to expect from the match Liverpool vs Real Madrid

According to 1xbet experts, the favorite for the decisive match of the Champions League is Liverpool. Its total odds are 1.56, taking into account the overtime and penalty shootout, and you can bet on the victory of Real Madrid in the tournament for 2.43.

Nevertheless, the Madrid team has a tremendous winning experience, so discounting them is not good. Moreover, in the last weeks, Jürgen Klopp's charges have been battling for the title in the EPL, playing energy-demanding soccer. Los Blancos could afford to concentrate on preparing for the Champions League final since they secured the championship in Spain a long time ago.

Our prediction: win for Real Madrid in the Champions League final for 3.66, according to 1xbet.

Bet on Liverpool vs Real Madrid with 1xBet
88