On July 15, Prime Minister and junta leader General Prayut Chanocha used article 44 of the Thailand’s interim military constitution, commonly known as the absolute power clause, granting indemnity to the telecoms regulator for censoring all broadcast media with no recourse to the judicial process.

This was just after the Administrative Court had ruled against the regulator’s order to shut down Peace TV, a station loyal to the previous regime of Thaksin Shinawatra, on July 6.

A day later, Deputy Prime Minister Wissanu Krue-ngam came out to say that the use of article 44 had nothing to do with Peace TV or censorship and that in fact it was to shut down illegal radio stations. Deputy junta leader General Pravit Wongsuwan similarly reassured people that the government respected freedom of speech.

On July 21, nary a week after the order, the NBTC has again ordered Peace TV shut down. With the article 44 order in place, it is unlikely they will win when the court hears their appeal on July 26.

Which is a convenient coincidence for the government given that the Article 44 order had nothing to do with Peace TV.

Another example of this dual-faceted nature is the state of 2.6-GHz and concession-holder MCOT, formerly the mass communications authority of Thailand. MCOT has flip-flopped on 2.6 more times than one cares to remember.

A conspiracy theorist might have thought that the elites were simply using MCOT to create artificial scarcity in spectrum and ramp up the auction price. MCOT came out happy to give up 2.6 early on, changed its mind prior to the first 900-MHz auction in December 2015, changed its mind again to give up 2.6 for more money, then changed its mind again when Jasmine defaulted, then said it was giving up 2.6 and only recently there is talk of MCOT itself launching mobile broadband LTE in some circles. After all, if the police can do it, why can’t they?

But nothing compares to the doublespeak that reigns over the mass surveillance project called the Single Gateway by none other than Prime Minister Prayut himself.

There are at least four Prime Ministerial orders to the MICT regarding the Single Gateway project.

On 30 June 2015 the Cabinet Secretariat published a Prime Ministerial order to the Ministry of Social Development and Human Security to solve the problem of game addiction and, in the same paragraph, the Ministries ICT and Justice to set up a Single Internet Gateway to control the flow of information from overseas.

On 21 July 2015 there was a Prime Ministerial order ordering the MICT to expedite the establishment of the Single Gateway as per cabinet resolution on 30 June 2015.

On 4 August 2015 there was Prime Ministerial acknowledging progress by the MICT on the Single Gateway and ordering them to engage with the people and answer questions so that people will cooperate with the government in this matter.

On 25 August 2015 there was a Prime Ministerial order to the MICT ordering them to expedite the Single Gateway project so that there would be significant progress by September 30 (the end of Thailand’s government fiscal year).

Against the backdrop of this rock-solid evidence published on the cabinet website what did the government say? The Prime Minister said that the project did not exist and that it was simply a clerical error.

One wonders what the face of the total idiot who managed to get General Prayut’s wishes wrong on paper not once, not twice, not three times but four times over a period of three months looks like.

Recently this clerical error has reappeared again in the news. Khaosod, a low-brow tabloid newspaper, recently published leaked documents from the MICT asserting that two director-level staff had resigned from the MICT in protest at approving $430 million (15 billion baht) for the project. The money was allegedly allocated to state telco TOT under the guise of a digital economy project without due process with the entire procurement paperwork just three pages long, according to the leaked document.

Of course, the MICT spokesperson denied everything in that story, noting it was a fiber to the village project and a submarine cable project, which begs the next question, why is the MICT subsidising TOT with taxpayer money to do what the private sector can do better and cheaper?

And for investors which version of the truth is worse? That Thailand is subsidizing state owned enterprises possibly in breach of its WTO commitments? Or that the government may be using state telcos for a covert mass surveillance project? 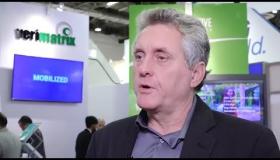 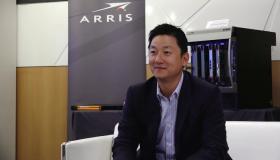 Taking UHD to the next level

Taking UHD to the next level