In Akamai’s Q3 2016 State of the Internet report, the Philippines once again recorded one of the slowest average connection speeds for fixed broadband. It placed second to India, a country which obviously has way more people to connect and a lot more land area to cover.

So what’s new? Unfortunately for Filipino netizens, the latest report showed the speed of Philippine broadband even slowed down a little bit more, posting a -2.8% change from the previous quarter. As if being kulelat, a Filipino term for players who finish last in a game, wasn’t bad enough.

Not that Filipino internet users needed a broadband QoS report to know that they are getting poor service. I can’t even get my own 3G data to open a speedtest app!

But there is something new. For the first time, the Philippine is crafting its National Broadband Plan (the Plan), an initiative of the newly formed Department of Information and Communications Technology or D-ICT.

Public consultations for the Plan already started in the last quarter of 2016, and the government solicited inputs and suggestions until December 9.

To date, there is really no plan to speak of yet. What is being presented during the consultations are, mainly, the three (3) broadband deployment options which involves the government building and/or operating its own broadband infrastructure, and up to what extent.

According to the D-ICT, the preferred option is one that should address market challenges—where many government buildings remain unconnected or are connected to low bandwidth—and should take into account requirements across government, private sector, and target communities, actors and implementers.

That the draft Plan is focused on addressing the key challenge of infrastructure is a good start. In a 2014 benchmarking study commissioned by Ericsson, it was found that countries’ NBPs include different target levels of infrastructure deployment, adoption, and integration.

It only makes sense that a country’s NBP prioritizes a target level depending on its stage of ICT development. In the case of the Philippines, it is the deployment of broadband-ready infrastructure.

While there is no publicly available telecommunications and broadband infrastructure map (and I’m hoping that this will no longer be the case after the Plan is completed), the government and telcos have repeatedly claimed the problem of inadequate infrastructure.

Among the telcos, only PLDT and Globe own and operate a national transmission backbone. And it was only recently that Mindanao became part of the loop. The government has microwave facilities of the former Telecommunications Office (which used to offer voice and telegraph services) and the fiber optic network of the national power grid (whose assets are being managed by a private company), but they have yet to be used for broadband connectivity.

However, for broadband expansion to be achieved sustainably, and for some change to happen at least during the life span of the current administration, the Plan needs to push hard on policy reforms that will open up the market to new players who can bring in fresh capital, technology and innovation. Because, really, the only thing that the government has is capital (read: taxpayers’ money).

The National Broadband Plan cannot and should not operate with the status quo in mind.

The government will not achieve its purpose of connecting Filipinos, or even just government buildings, if it does not guarantee that, in the near future, bandwidth capacity can be bought from someone else and from somewhere else, that pricing of bandwidth will be fair, transparent, and not dictated by just two players, and that even the small internet service providers are allowed to build and operate their own network to serve the last mile where the big players do not intend to go anyway.

To be continued in part 2. 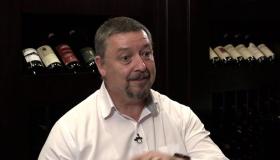