The Dota Pro Circuit 2021/22 Regional Season in North America was quite interesting. The games there were not the most spectacular, but in the course of the league, the intrigue remained. And the winner was not clear until the very end. As a result, the top four teams in North America included Quincy Crew, Team SoloMid, Evil Geniuses and 4 Zoomers. Classic composition for this region. Moreover, Quincy Crew became the winner of the season, while Evil Geniuses, which dominated the region for a long time, took only third place. Although by the end of the league, the Evil Geniuses still managed to beat their main competitors, this did not help the team become a champion. We see that three teams from North America are playing at the same level, so the regional final with their participation should be very interesting. Who is the main favourite of the tournament, and who claims only the last place - in the following article by Cybersport.Metaratings.ru. 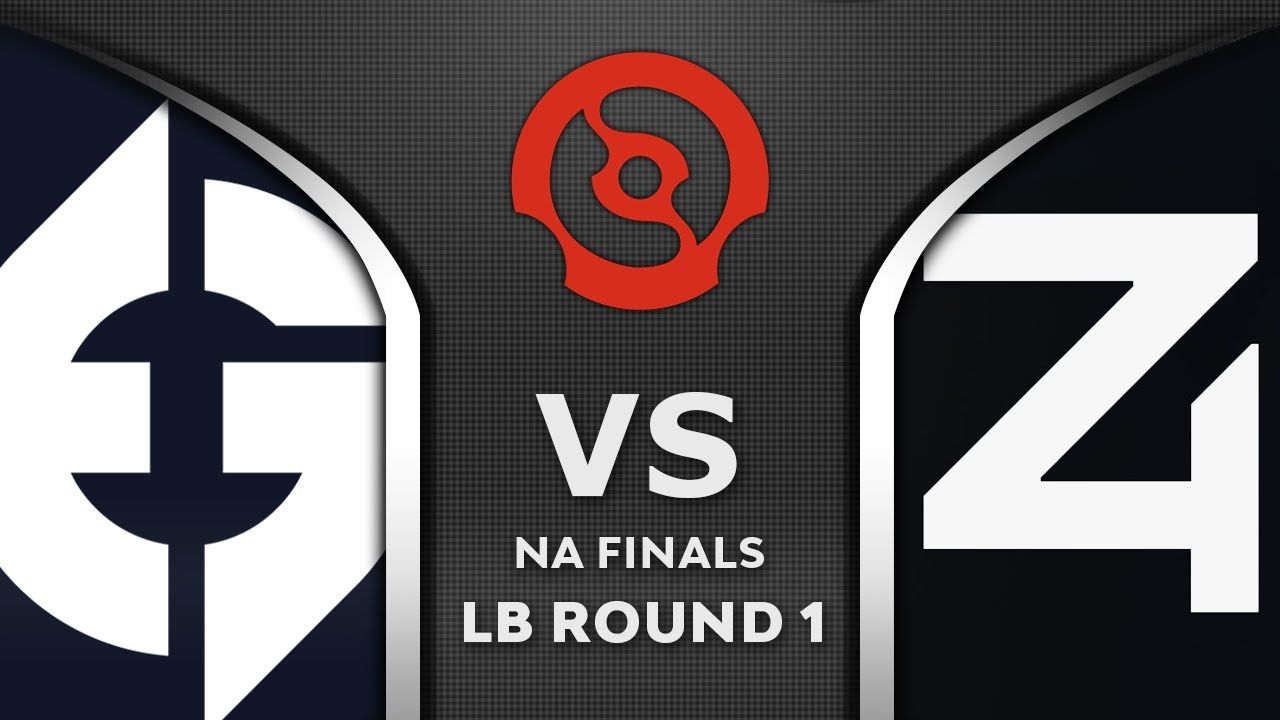 The 2021-22 North American Pro Season Regional Final will take place from February 18-20. It will feature four teams that have made it to the top 4 during the season. There will be no group stage. The final will start immediately with the playoffs. The competition will be held according to the Double Elimination system, that is, each team will have the right to make a mistake. In the first round, the team from the first place in the league will play against the fourth place and the second against the third. Thanks to this, the teams that excelled during the season will have a slight advantage.

Over three days of competition, four teams will compete for $100,000 and 380 DPC points. With these prizes, Valve decided to compensate for the lack of a major for the teams that took the lead in the first season of the league. At the same time, all four participants in the final will receive a cash prize, and only the two strongest teams will receive DPC points. The distribution of prizes by places is as follows:

The top four teams in North America included Quincy Crew (6:1), Team SoloMid (5:2), Evil Geniuses (5:2) and 4 Zoomers (4:3). The last team clearly stands out from the rest, as it is much weaker in terms of the level of play and entered the top of the best only because of the low competition in the region. But the rest of the teams play at about the same level, so their confrontation will be very interesting. To determine who is the favourite for the North American Regional Finals and who is the underdog, let's take a closer look at the teams. 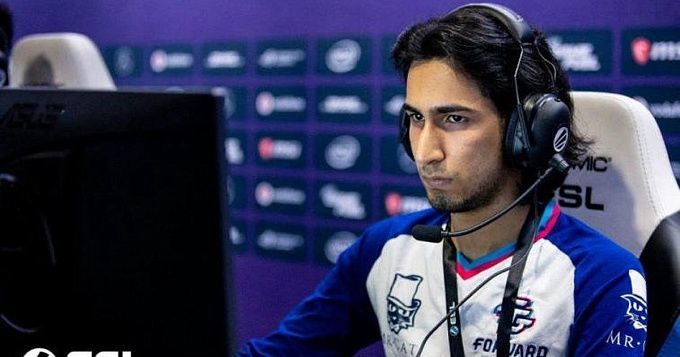 Quincy Crew played well last year and, due to high places in the regional league, managed to qualify for The International 10. Unfortunately, the team didn't go well there. The team left the main tournament of the year, finishing 9th-12th. Not the worst result for not the strongest team, but Quincy Crew was clearly counting on more.

So during the off-season, the Quincy Crew kicked three players. Two cores remained in the team: Yawar YawaR Hassan and Quinn Quinn Callahan. No wonder, because it was on them that the previous composition was kept. The places of the departed players were taken by Maurice KheZu Gutman, who used to be a coach at Quincy Crew and two other guys. Both of them are not superstars, but they have been performing on the professional stage for a very long time. After the reshuffles, the Quincy Crew roster looks like this. It is in this composition that the team will play at the regional finals of North America.

During the 2021/22 Dota Pro Circuit regional season, Quincy Crew took first place. For the entire league, the team lost only one match - against Evil Geniuses, and with a score of 0:2. Quincy Crew won the rest of the meetings, but four of them ended with a score of 2:1. That is, it was quite difficult for YawaR and the company to easily deal with the opponents, even taking into account the general weakness of the region. However, victory is victory. On the maps won, Quincy Crew looked head and shoulders above their rivals. 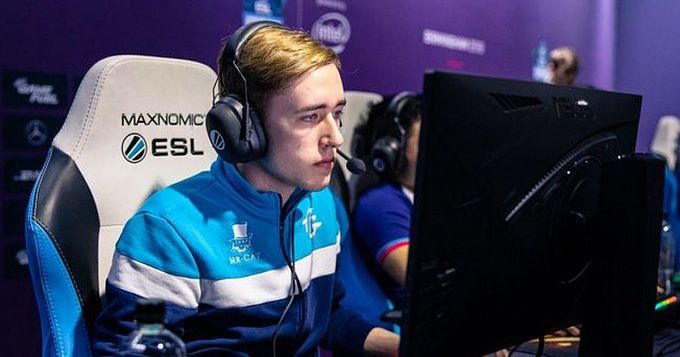 As part of the regional finals, Quincy Crew will be the main contender for victory. This is a close-knit team, the backbone of which has been holding together for a long time. In addition, from year to year, the results of Quincy Crew are getting better. At the final Quincy Crew can beat everyone, but this does not mean that it will be so. By the end of the league, other teams were also getting in shape. So YawaR and the company can be called the main favourite of the tournament, but not a 100% winner. 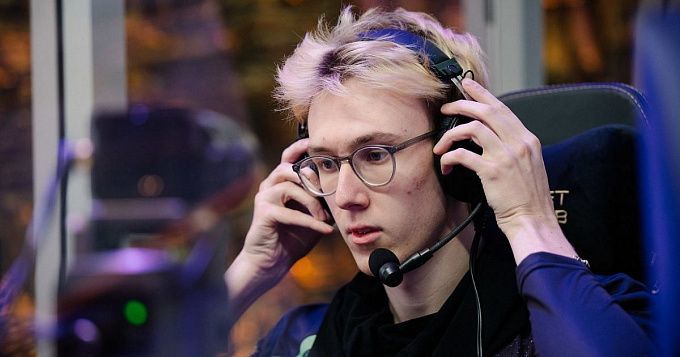 Many people might think that Team SoloMid is some kind of stack of young players who suddenly played in North America. In fact, this is the roster of the well-known Team Undying, which will now simply play under the tag of a professional eSports organization. Team SoloMid signed Team Undying players at the end of the regional league.

In general, this is a real precedent, because Team SoloMid is an extremely famous organization that has never had Dota 2 rosters before. The club decided to enter a new discipline and signed a mix of players from North America, which is very unusual. As a rule, all esports organizations, on the contrary, leave Dota 2, as they consider it unprofitable. However, Team SoloMid decided to take a chance and entrusted young players from Team Undying to perform under their tag.

This team played well last year, but at The International 10 they only made it to the top 16. Despite the poor result, the players decided not to scatter. Instead, they continued to perform and train together. In the new season, Team SoloMid was represented by the same guys.

I am proud to announce that vs will not be changing the roster. We will continue to play together in the next DPC season and aim to be the premier team in North America.

During the regional season, Team SoloMid took second place. The team lost only to Quincy Crew (1:2) and Evil Geniuses (0:2). At the same time, during the replays for the second place, Team SoloMid managed to take revenge on the "evil geniuses" and defeated them with a score of 2:0.

Given the team's performance and performance throughout the league, Team SoloMid could be the winner of the North American Regional Finals. That being said, it could also easily drop to second or third place, as the three teams from the final are clearly worth each other. The second place for Team SoloMid looks like a golden mean, so let's stop there. 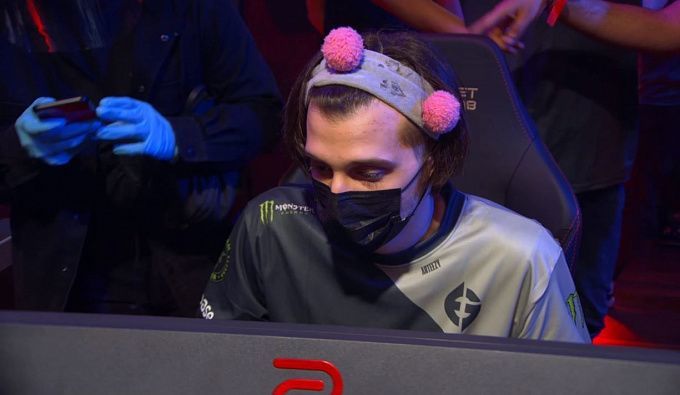 Over the past six months, Evil Geniuses has managed to fall from the top to the bottom. Last year, the “evil geniuses” took second place twice at majors, but at The International 10, they suddenly forgot how to play Dota 2. Despite all the regalia and merits, the team managed to take only 9-12th place, which greatly disappointed the fans. Indeed, before the start of the tournament, Evil Geniuses was considered one of the main contenders for victory.

Immediately after the defeat, captain Tal Fly Aizik and offlaner Daryl Koh iceiceice Pei Xiang were kicked from the team. In the off-season, Russian star Egor Nightfall Grigorenko and two-time winner of The International Esce JerAx Vainikka joined Evil Geniuses. A very significant boost. As a result, the composition of the "evil geniuses" began to look like this.

At the very beginning of the season, Evil Geniuses almost lost to a team of streamers, and then was defeated by two other far from the strongest teams. This came as a shock to the entire community because something like this had never happened to EG before. At the same time, the club transferred Nightfall to the reserve, as he was unable to fly to North America to meet his teammates at the bootcamp. His place was temporarily taken by another professional player - Arif MSS Anwar.

Surprisingly, along with MSS, Evil Geniuses won all the remaining games, including matches against Quincy Crew (2:0) and Team SoloMid (2:0). And already in the replays, the "evil geniuses" lost to Team SoloMid with a score of 2:0, eventually taking third place in the regular season. A very good result, if you remember how Evil Geniuses started. 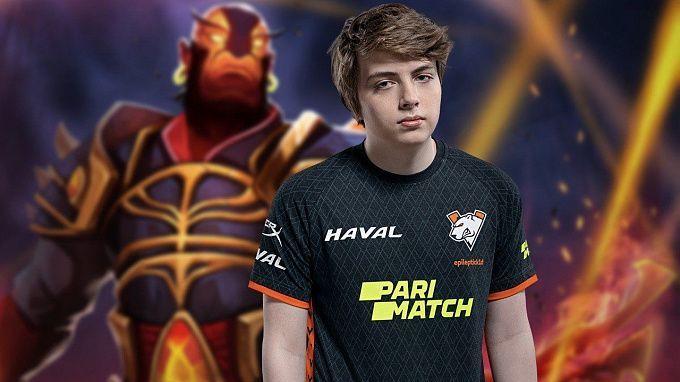 After that, it looked like MSS would stay with EG and Nightfall would be kicked. Indeed, in this composition, the team clearly had better results. However, this theory has not been confirmed. MSS left the club, and Evil Geniuses has already announced that they will play in the regional final along with Nightfall. Whether this is good or bad remains to be seen.

Evil Geniuses didn't play very well with Nightfall. But it is highly likely that the problem was not in it. After all, the team had just gathered, and it needed time to play. Time passed and EG began to play better. In this case, the return of Nightfall will make the team much stronger. However, if that was the problem then the team will definitely fail in the framework of the regional finals of North America. At the moment, there is a feeling that EG will be able to take both first and second or third place. Everything will depend on the quality of preparation and the game itself. 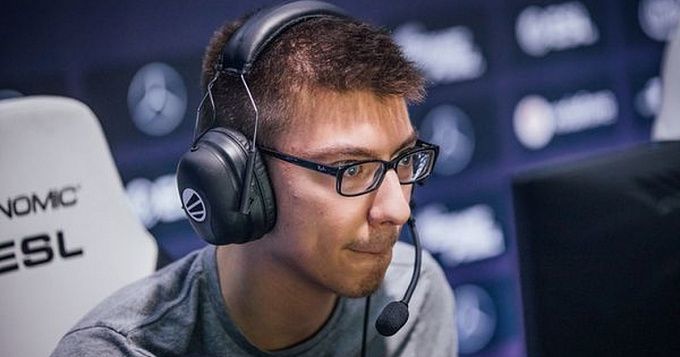 As we know, there are only three strong teams in North America. These are Quincy Crew, Team SoloMid and Evil Geniuses. It is between them that participation in international tournaments has been played out over the past two years. The rest of the teams are too weak for this, so they can only play in their region. 4 Zoomers got into the list of the strongest teams in North America completely by accident, as Valve, roughly speaking, increased the number of prizes to four. And there is simply no fourth strong team in the region.

Last season in Regionalliga 4 Zoomers finished fourth. They could even take fifth place but managed to beat their opponents from Wildcard Gaming in replays. However, this is a very dubious achievement. Currently, 4 Zoomers are represented by the following players. By the way, these are very famous people for the esports scene in Dota 2.

Who is the main favourite?

Most likely, 4 Zoomers will take the last place in the cancers of the regional finals, and the remaining teams will compete for the rest of the places. Quincy Crew will balance between first and second place, Team SoloMid between second and third, and Evil Geniuses can take any place at all. Everything will depend on the team’s state. 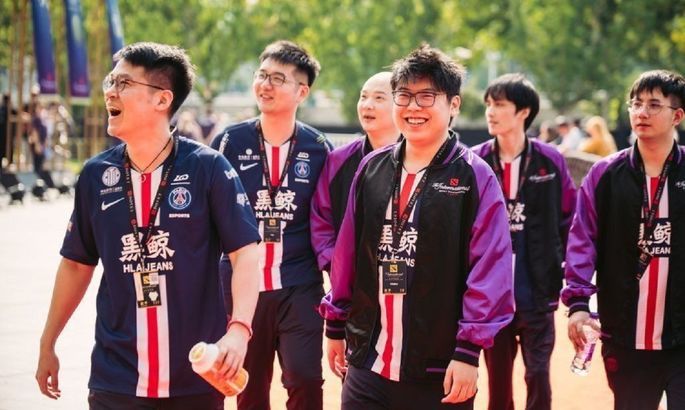 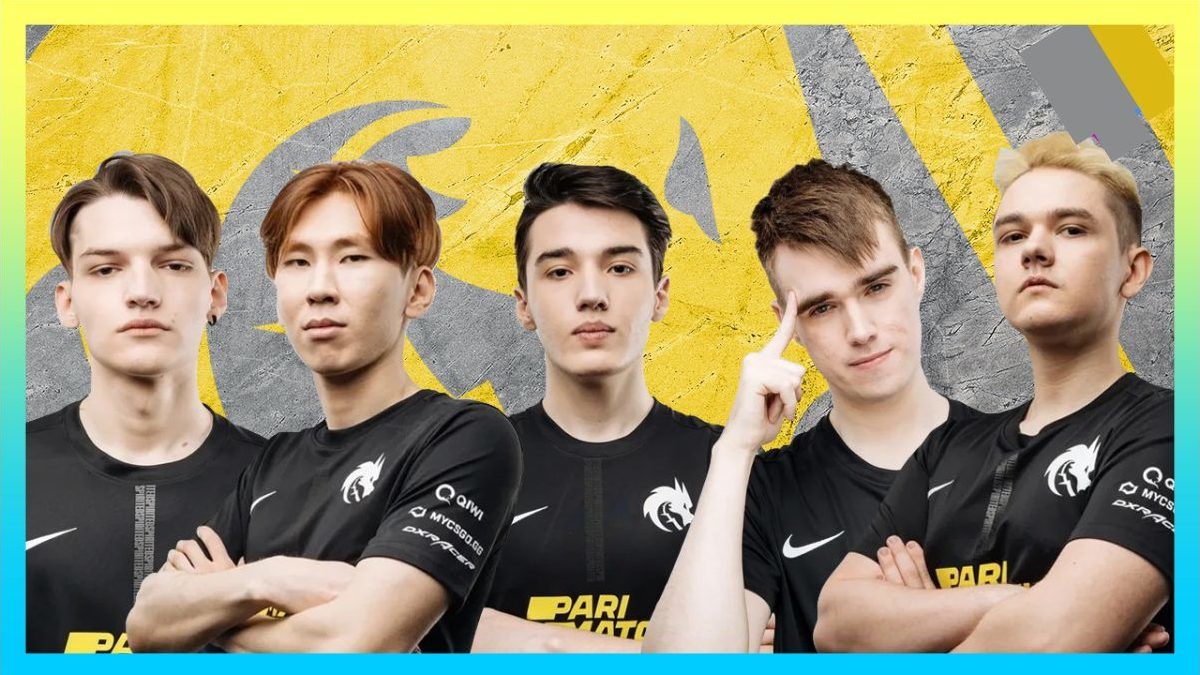 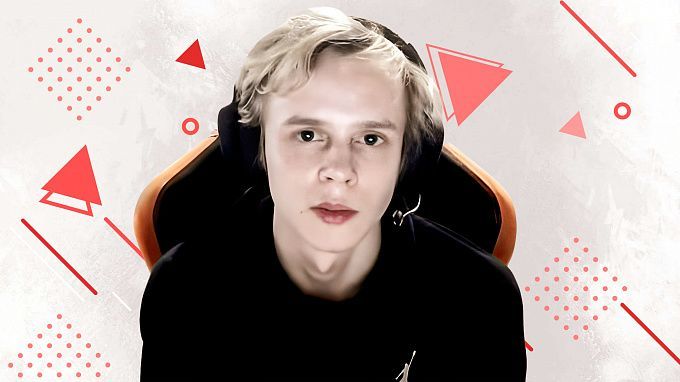 Dyrachyo on playing in Europe and the B8 Esports roster
Tags:
Rating:
0
Comments
No Comments Yet! Be the first to share what you think!