Dota Pro Circuit 2021/22: Season 3 for North America will begin next week. In this region, as always, there will be three teams fighting for the prize: TSM FTX, Evil Geniuses, and Quincy Crew. It's unlikely that they make it into the top two teams and go to the USA major. TSM FTX has already secured an invite to The International 11, so they can rest easy. And Evil Geniuses and Quincy Crew will have to try hard to perform well in the league. Read what the third season of Dota Pro Circuit 2021/22 will be like and why it is the last chance for EG to save face in this Telecomasia.com article. 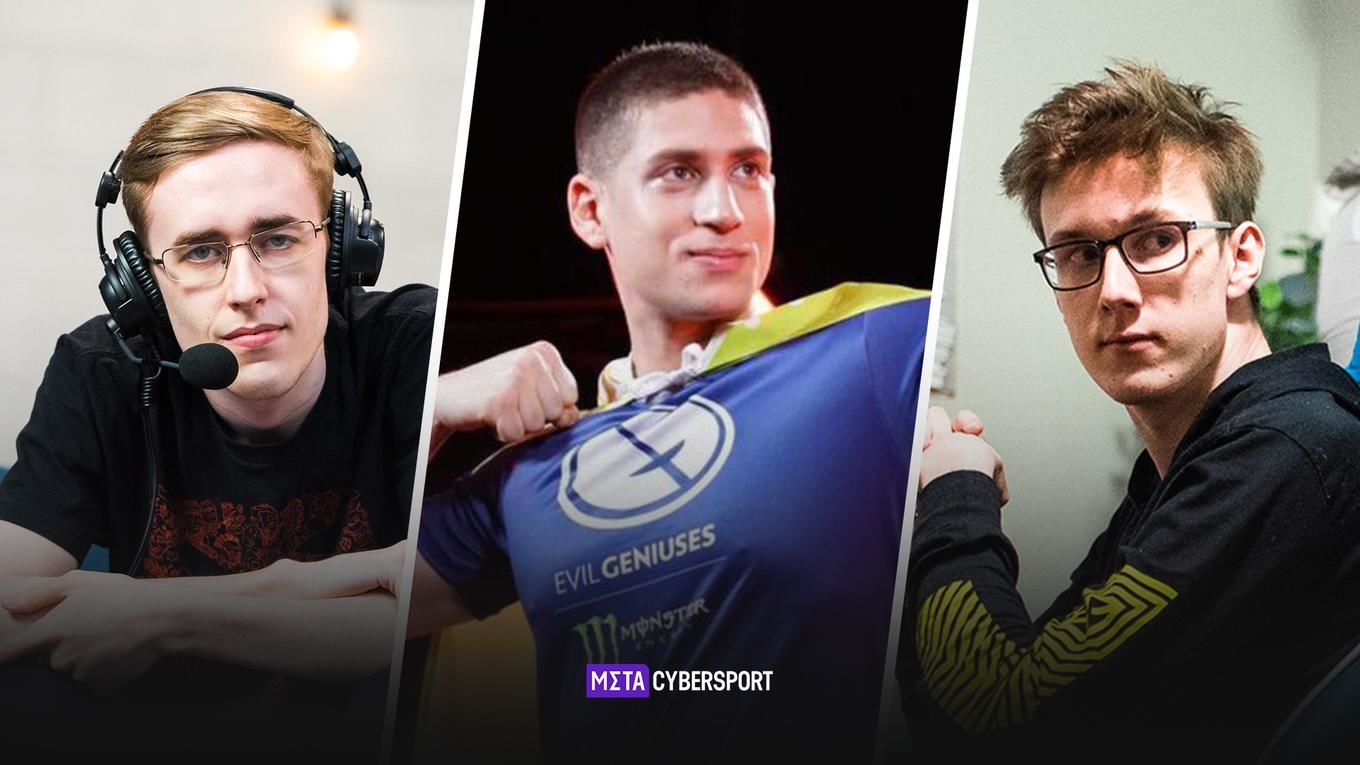 The third season of Dota Pro Circuit 2021/22 for North America will be from June 7 through July 17. Each team will play seven games in a best-of-3 format for six weeks. At the end of the season, the top two teams with the most points advance to the summer major - the first place team qualifies for the tournament's playoffs, while the second-place team qualifies for the group stage. Those in fifth and sixth place retain the right to play in Division I next year, while seventh and eighth place teams drop down to Division II.

The prize pool for the third season of Dota Pro Circuit 2021/22 is $205,000. They are distributed among all eight participating teams. The main battle in the league is not for money, but for DPC points that will provide the team with a direct invite to The International 11. At the end of the season, the distribution of points and prize money will be as follows:

Dota Pro Circuit 2021/2022: Season 3 for North America will feature eight teams: TSM FTX, Evil Geniuses, Quincy Crew, Wildcard Gaming, 5RATFORCESTAFF, Felt, Nouns, The Cut. As always, the main battle in this region will be between only the first three teams. However, they approached the summer league in completely different statuses. Nevertheless, any of them can still become the champion of the season. 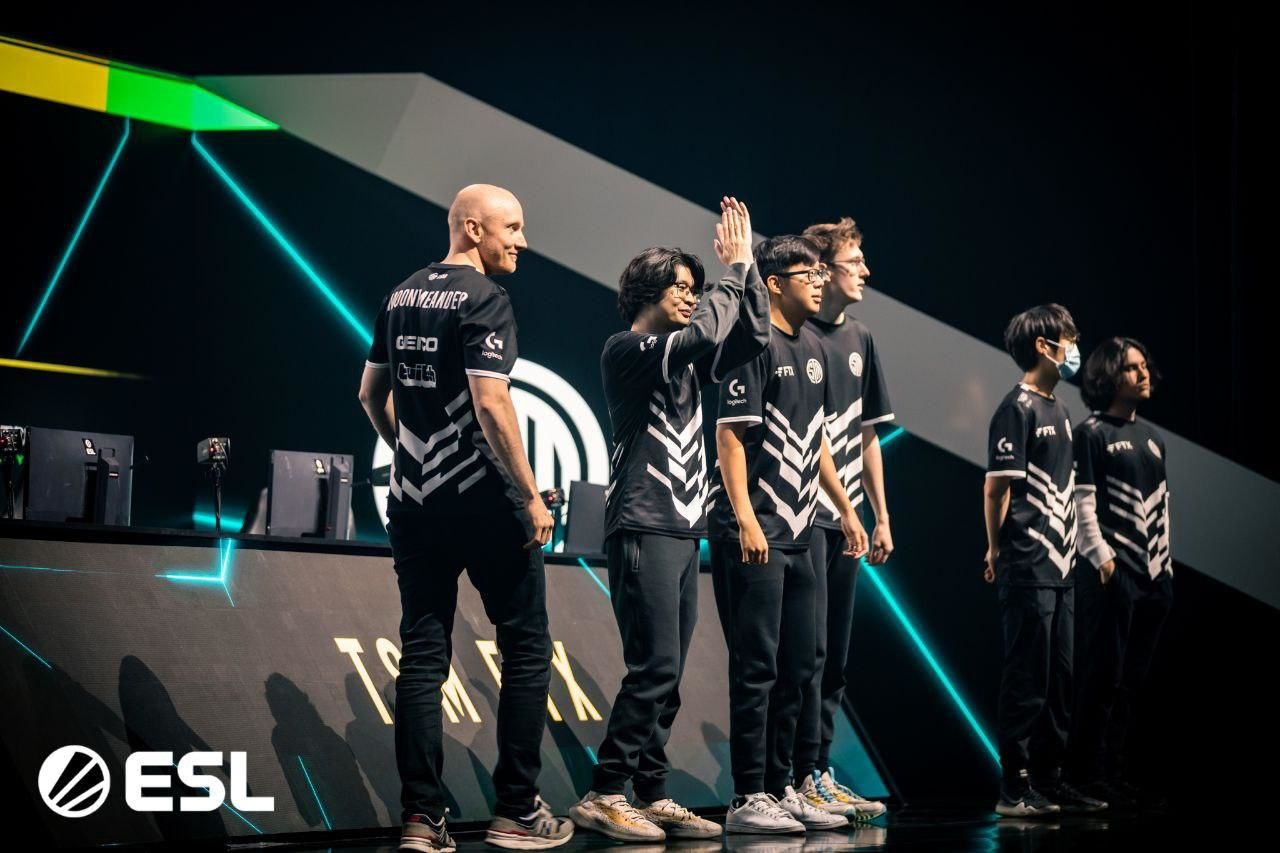 TSM FTX was the main opener of ESL One Stockholm Dota Major 2022. Prior to this tournament, the team played well in their home region, but not like it was something grand. However, in Stockholm they unleashed their full potential and transformed from underdogs to the vice-champion of the tournament. That being said, one can't say that the team easily achieved that result. The team fought hard in every series and thanks to their persistence, reached the Grand Final, and in the upper bracket, too. After that result, the team's lineup didn't change, and now it looks as follows:

TSM FTX captain David MoonMeander Tan praised the team's performance at ESL One Stockholm Dota Major 2022. According to the Canadian, sometimes it was difficult for his young teammates to cope with stress, so he tried to help them tune in to the right mindset.

It was mostly stress and the inability of young players to deal with it and the losses. It' s the biggest problem I've had lately. I had to teach them how to handle it properly, while working on their game. I wasn't happy with my level. It's not easy being a captain because you have to do everything for the team and keep up your skill at the same time, so I had to play a lot of Dota 2. I have to manage it all, and also keep in touch with my family and friends. So I had a lot to do.

Given TSM FTX's results before the start of the summer North American DPC season, it is the main contender to win. The funny thing is that it needs it least of all. The thing is that TSM FTX already has 1280 DPC points, which is more than enough to get a direct invite to The International 11. Therefore, theoretically, the team can relax and play the summer league without too much stress. However, it's unlikely that TSM FTX will take that route.

According to MoonMeander, it's clear that the team lacks playing experience, including playing in LAN tournaments. TSM FTX needs a lot of practice to approach the year's main tournament in the best shape. And the perfect venue for that would be the American major, so the team has to qualify for it. Even though TSM FTX has a surplus of DPC points, it will most likely become the champion of the North American summer league. At the very least, the team will take second place, securing a ticket to the major. 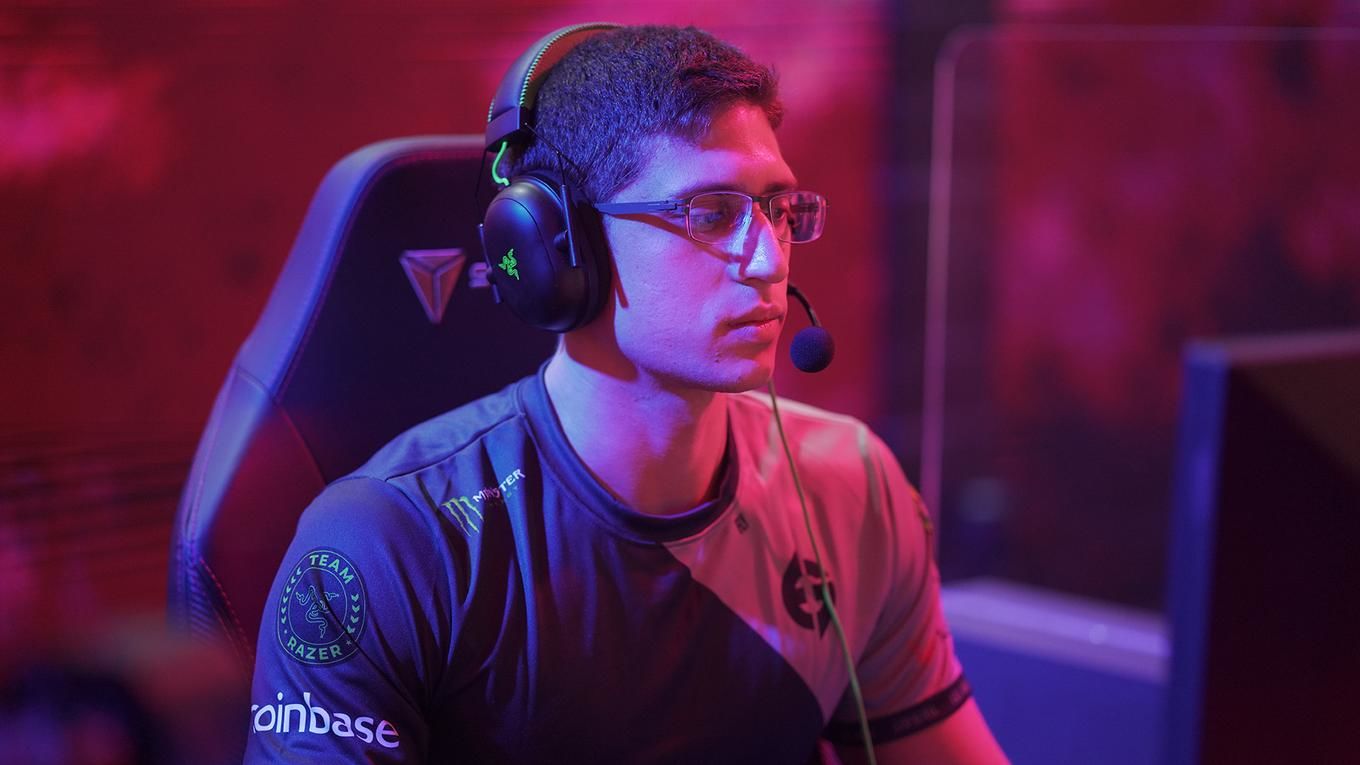 Evil Geniuses is in despair. After the failure at The International 10, the team decided to get rid of the captain - Tal Fly Aizik. However, without him, the results of Evil Geniuses became even worse. Jesse JerAx Vainikka, a player of the legendary OG squad, took Fly's place. With him, the team failed the first DPC season, but it could still reach a somewhat acceptable position. Evil Geniuses was already playing well in the spring league and became the season champion without much trouble.

This made EG's failure at ESL One Stockholm Dota Major 2022 look even more surprising. The team lost to almost everyone in the group stage and became the first participant to leave the tournament. Immediately afterwards, Evil Geniuses got rid of JerAx. The players admitted that they needed a leader and a captain in one person, but Jesse couldn't become one.

Obviously, we all screwed up when we assessed what the team needed when we invited JerAx and Nightfall. We couldn't find the right team composition and all that. And the problem was made worse by the fact that Nightfall and JerAx were playing roles that were new to them. Honestly, something was missing from this team, and none of us could bring it in. For the most part, Arteezy, BulBa, and I are responsible for this mistake. We should have clearly understood the problem with the previous roster and how we needed to build a new team. This major was terrible.

So Evil Geniuses were faced with a reasonable question: Who should they hire as a captain and who is to take position 5? There were few options, and the Evil Geniuses settled on an obvious one. They called Fly back to the team to make him captain again. And the organization didn't even make any statement about it. Everyone pretended as if nothing had happened over the past six months. At the moment, Evil Geniuses is represented by the following players:

Fly can definitely bring Evil Geniuses back to their former level, but one must take note that the "evil geniuses" no longer have the right to make a mistake. Right now, the team has 552.5 points. If Evil Geniuses takes first place during the summer league, they will definitely qualify for The International 11 by direct invitation. If the team comes in second, they'll either have to count on more luck or earn some more points at the major in America. And if EG takes third place, they will only be able to qualify to the year's main tournament through regional qualification. And it's always a big risk. So Evil Geniuses needs to start playing well this summer. 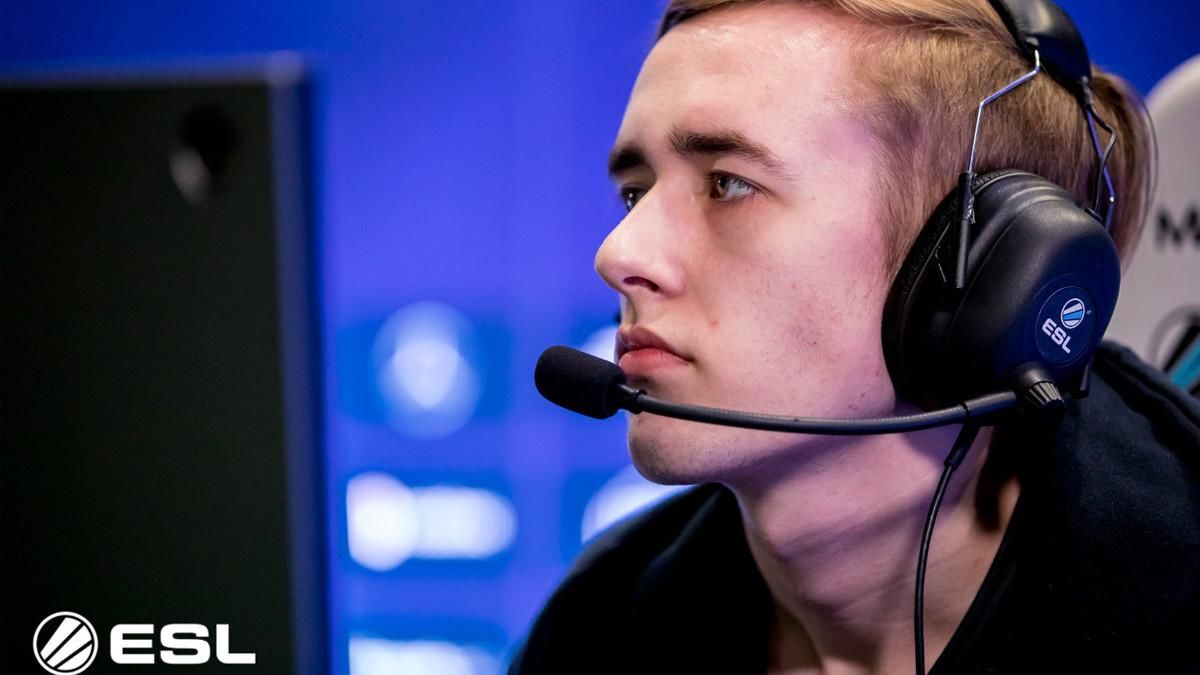 TI10, the team couldn't achieve any success, and it still wants to participate in The International 11. Therefore, the Quincy Crew began to discard the players one by one. Maurice KheZu Gutmann became the first.

I was eliminated from the Quincy Crew Dota 2 roster. I thought I had done enough for this team, giving it all my time and energy. It's a sad situation that came as a surprise because I had a different plan. I don't know what else to say. I am not here to feel sorry for myself. I do not know what I will do next, I feel devastated.

In the end, there were only two players left on the team, and the current lineup was built around them: Quinn Quinn Callahan and Yawar YawaR Hassan. The lineup became as follows:

The most valuable acquisition of the Quincy Crew is Adrian Fata Trinks, who had recently been kicked from Tundra Esports. He is a very experienced player with a lot of ideas and strategies. That said, he's not bad at mechanics either. However, whether the new Quincy Crew will be able to perform well in the summer league is completely uncertain.

Right now, Quincy Crew has 282.49 DPC points. That's very few. To qualify for the biggest tournament of the year, the team must finish first or second in the summer league and then get in the top-8 in the U.S. major. For the Quincy Crew, this is a very difficult task, but still doable. Also the team can still hope for the success of Evil Geniuses. If the Evil Geniuses get the TI11 invitation, the Quincy Crew will become the main favorite for regional qualification, which simply has no worthy competitors. So it's too early to write off Quincy Crew. This team still has a lot to say. 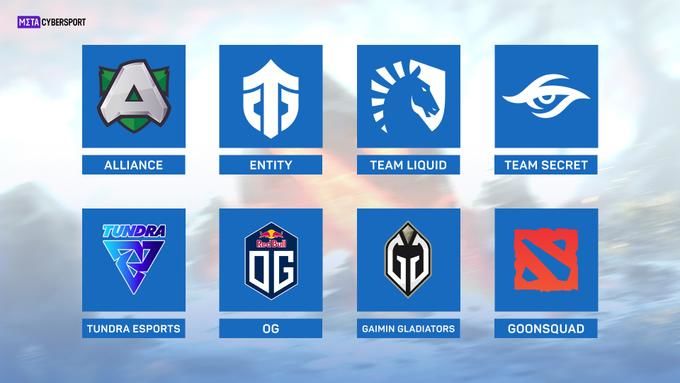 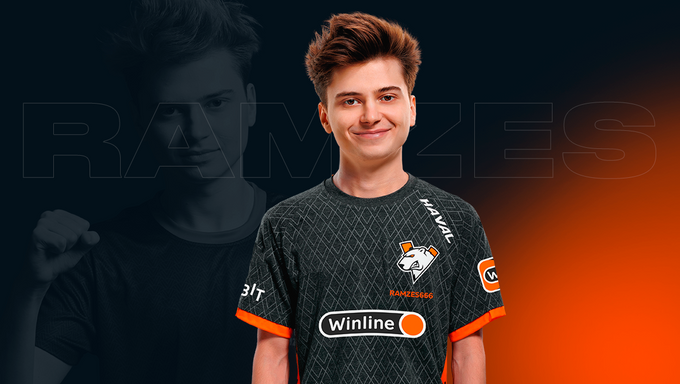 Key Dota 2 reshuffles before the summer DPC season
Tags:
Rating:
0
Comments
No Comments Yet! Be the first to share what you think! 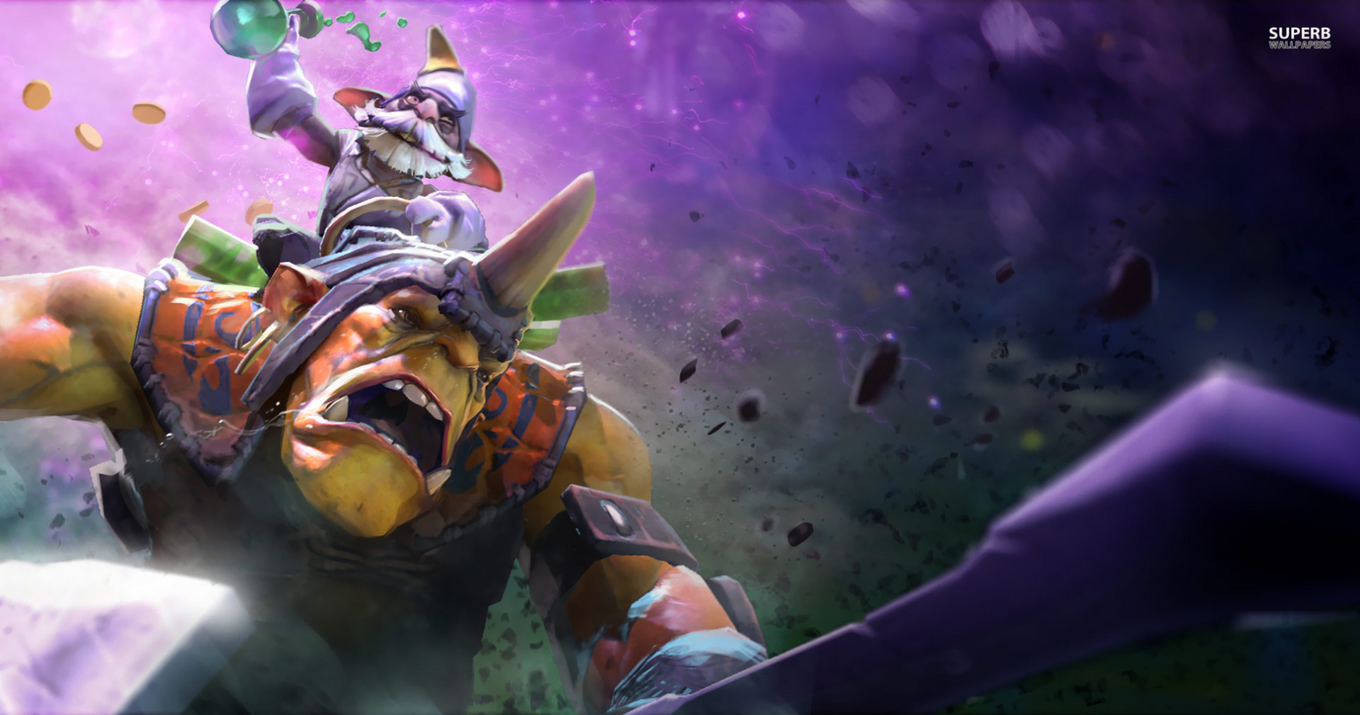 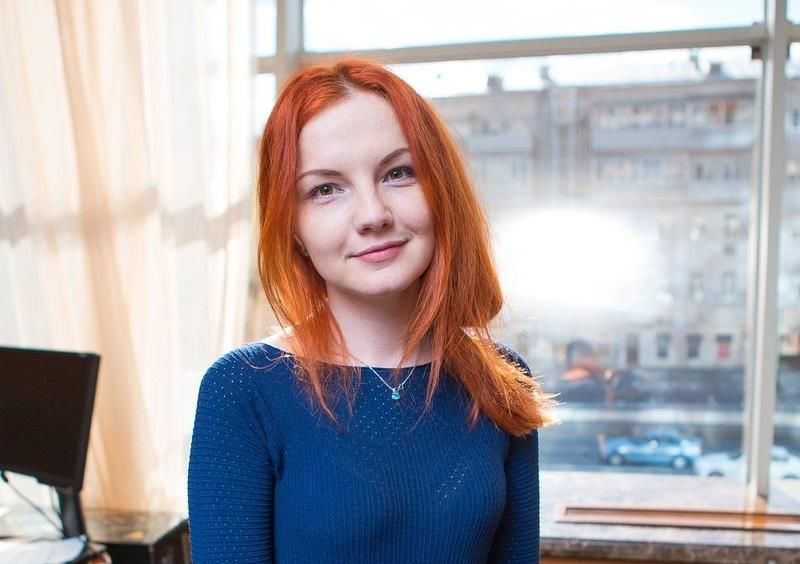 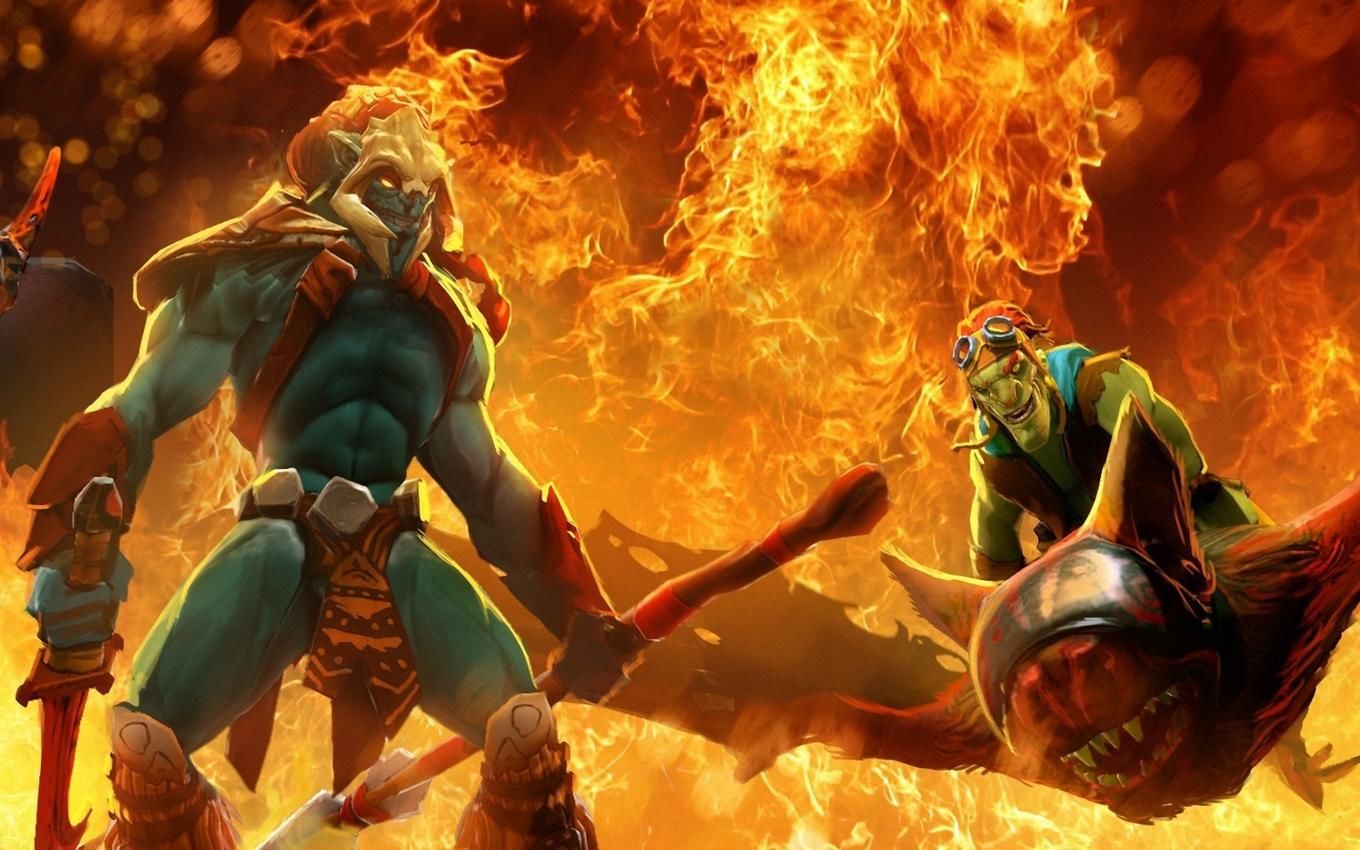 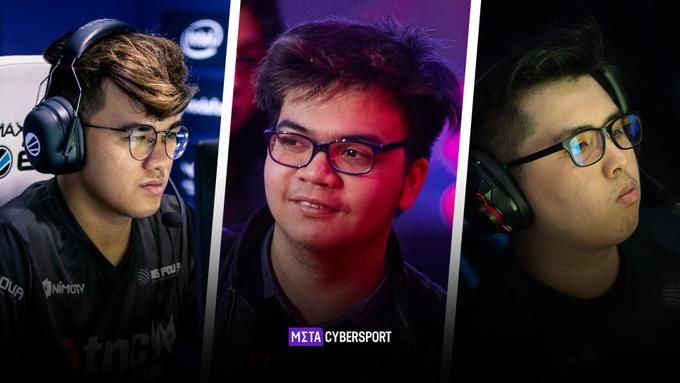 07 Jun 2022 15:50 The announcement of the Dota Pro Circuit 2021/22 summer season in Southeast Asia 1
This website uses cookies
This provides customers with a personalized experience and increases the efficiency of visiting the site, allowing us to provide the most efficient service. By using the website and accepting the terms of the policy, you consent to the use of cookies in accordance with the terms of this policy.
Settings
Feed
Customize