Survival Game Based on Dune Announced

The Dune franchise gained popularity back in the eighties. It was thanks to a film by David Lynch. Since then, the story based on the novel by Frank Herbert has acquired a series and a couple of games. And now, a movie starring Zendaya and Timothée Chalamet have once again brought the story to audiences' attention. The developers decided not to waste time and started to act. It was announced that Dune would get a new game adaptation. The project will be taken care of by the Norwegians from Funcom. 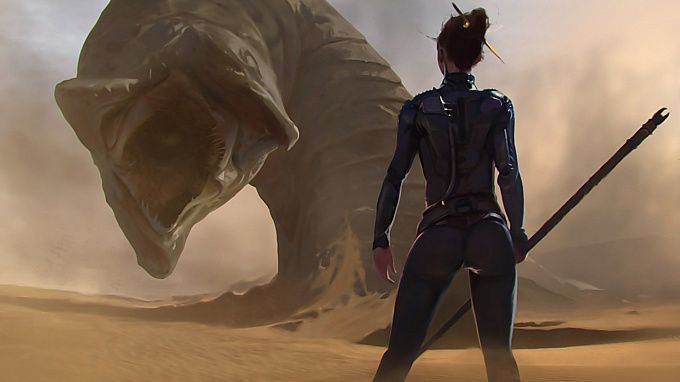 Survival game in the middle of Arrakis

Funcom got the rights to create the game back in 2019. Now, the team waited for the moment when the announcement would rock. Not much is yet known about the upcoming game. But, studio representatives have admitted that the eighteenth year's Conan Exiles inspire the team. The game is a multiplayer survival game in the Conan the Barbarian setting.

Now the developers have decided to delve into futuristic. There is a reason to think that the player will have to escape in an open desert world. Huge worms and the vastness of Arrakis all provide enough content for the game.

Studio Nukklear will join the development team. The German company has such projects as Destroy All Humans, Comanche, etc. But if we believe the company's representatives, the upcoming game will be the biggest job. Nukklear has not released more ambitious games since releasing them on the market. Funcom shared the ambition of their companions. The developers, as well as Denis Villeneuve, decided not to be modest. Following the three-hour movie, an equally long game will be released.

The franchise's last game was released exactly twenty years ago, in 2001. To be precise, the first year of the second millennium brought the fans two games. The Emperor Battle for Dune and Frank Herbert's Dune were released. But about the second of them in fans' communities is not acceptable to talk about. The only plus of the game was its short duration. The content of Frank Herbert's Dune is reduced to five missions with the murder of enemies from behind. Bad graphics, monotonous and general dullness of the atmosphere became why the game fell into oblivion.

Emperor Battle for Dune leaves a very different impression. It is recognized as the true conclusion of the gaming existence of the franchise. It is the first of the Dune games built entirely on 3D graphics. The missions are divided into several types. The game's moral dilemma is simple: attack or defend, hit or run. The player has to conquer territories, defend bases and more. The gameplay is varied with cinematic inserts. Dynamic soundtrack immerses listeners in the atmosphere of the Dune universe.

Now the franchise will once again appear on the screens of gamers. How successful the new adaptation will be, is not clear yet. Even an approximate release date is impossible to predict. The only thing that remains is to wait.

Some words about Funcom

The company was founded in 1993. During its existence, it managed to release three dozen games. The most famous of them is the series about Conan the Barbarian. Anarchy Online multiplayer RPG and The Longest Journey quest deserve attention too. It would be an understatement to say that the company has not spoiled the public with good releases. But the existence of Funcom was rather unremarkable. Until a particular event.

In 2019, Tencent bought the majority of the company's shares. The developers' fortunes recovered nicely. This allowed them to further plan large-scale projects, like a game about Dune.

The example of Cyberpunk 2077, GTA and other anticipated releases became a good lesson for the audience. In order not to be disappointed, do not initially set the bar high. But still, there is a wish to dream about a good game in the Arrakis setting. Sometimes dreams do come true. Time will show if Funcom will be able to fulfil the audience's wishes.