Ten stadiums in Europe that you must visit

Football stadiums can be a special attraction, especially in big cities that are home to the biggest European clubs. If you’re a football fan like me, stadiums are a special experience for you. Rarely does a football fan miss visiting the stadiums of the best football clubs, whether they go to a game of that club or just tour the stadium. When we talk about Europe we can say that there is stadium with special history, amazing design in almost every city and it is very difficult to point only a few. 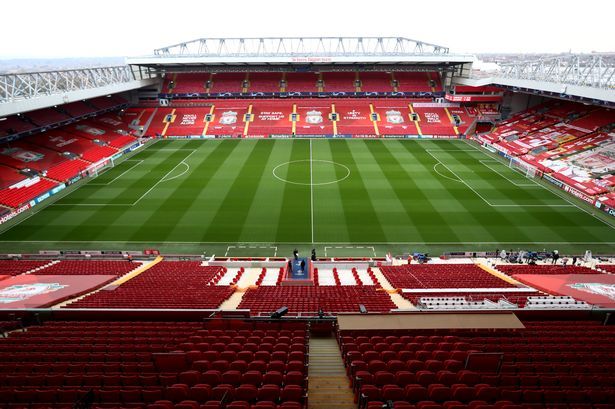 When Anfield opened in 1884, Everton played on it, but later it became known exclusively as the stadium of its city rival Liverpool. Although the current owners of the Reds wanted to build a new home for their footballers because of the glorious history that makes Anfield, they gave up on that. The building itself is not rich in beauty or fiery atmosphere, but the rich past of the club makes it special. 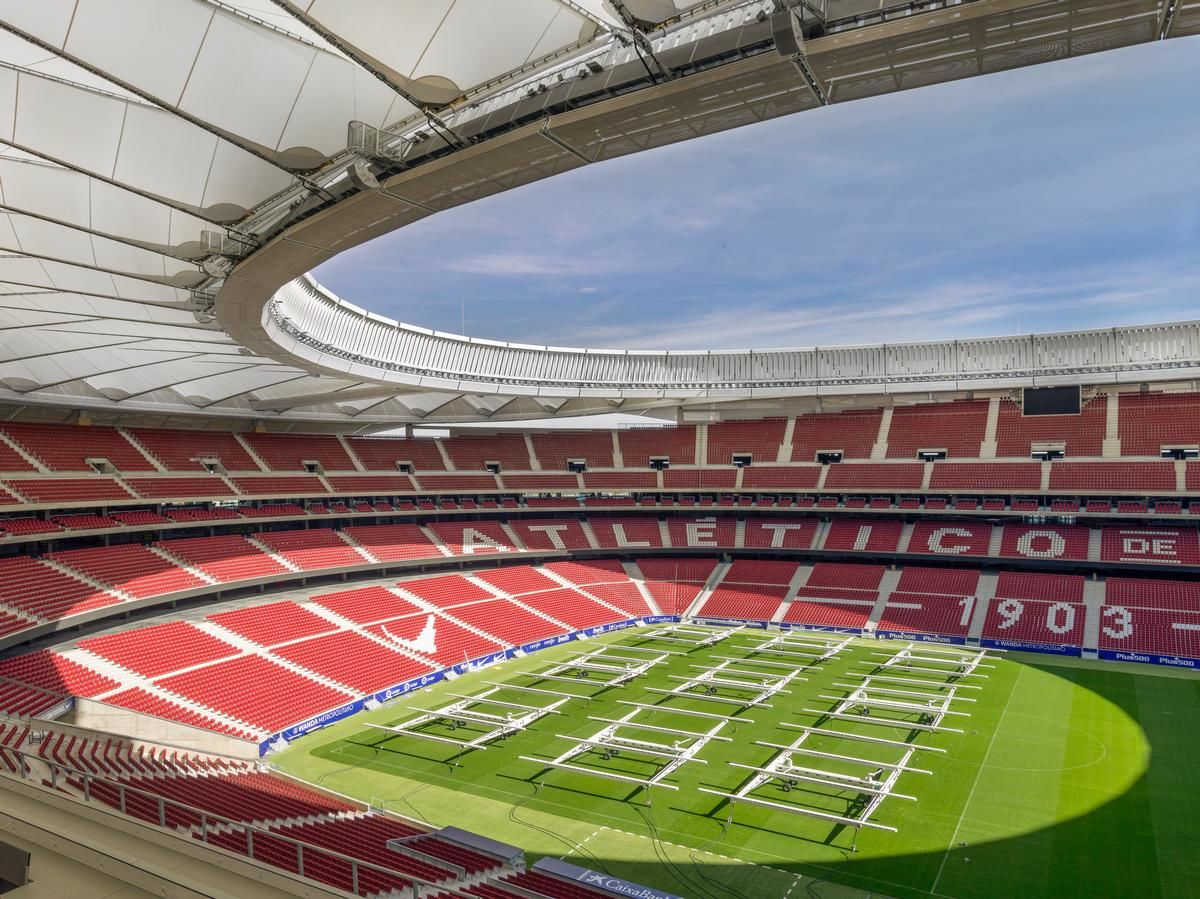 Wanda Metropolitano is today the stadium of Atletico Madrid, although it was first built with the intention of hosting the 1997 World Athletics Championships. As the household belonged to Athens, the stadium with 20,000 seats was left without a purpose. It was first called the Madrid Community Stadium, then the Madrid Olympic Stadium because the Spaniards wanted to host the Summer Olympics, but their candidacy was rejected, so the stadium was closed in 2004. However, in 2013, it became the property of Atletico, whose sponsor, the Chinese company Wanda, which took over the club, invested huge money in the stadium, which today has a capacity of 68,000 spectators and looks very modern. It was officially opened in September 2017. 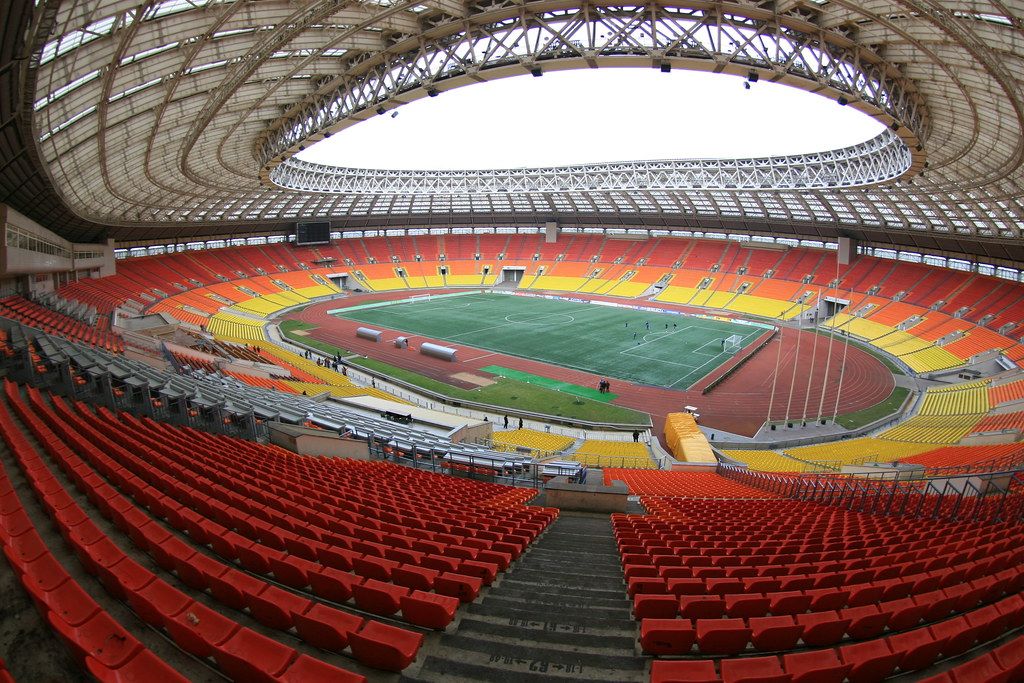 Luzhniki, an Olympic complex with 84,745 seats, is also the largest sports facility in Russia. It was built in 1956, but for the needs of the World Cup held in 2018, the set was renovated and became a very beautiful facility. The stadium has a rich history because it hosted the Summer Olympics, the World Championships in outdoor athletics, and in terms of football, it played the finals of the Europa League, Champions League and World Cup finals - data that few facilities can boast of, right? no? 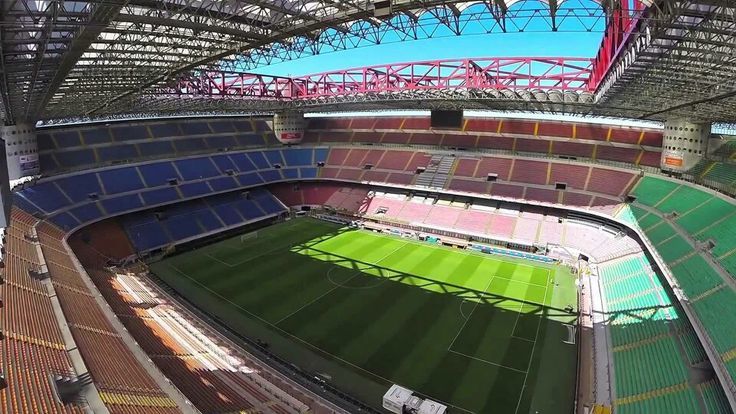 San Siro Stadium or Giuseppe Meazza is a football stadium in the city of Milan, where the football clubs Milan and Inter play. The stadium was built in 1934 and many great European matches were played there, as well as the finals of the Champions League. It was named after the famous Italian striker Giuseppe Meazza, who played for Inter, Milan and Juventus. 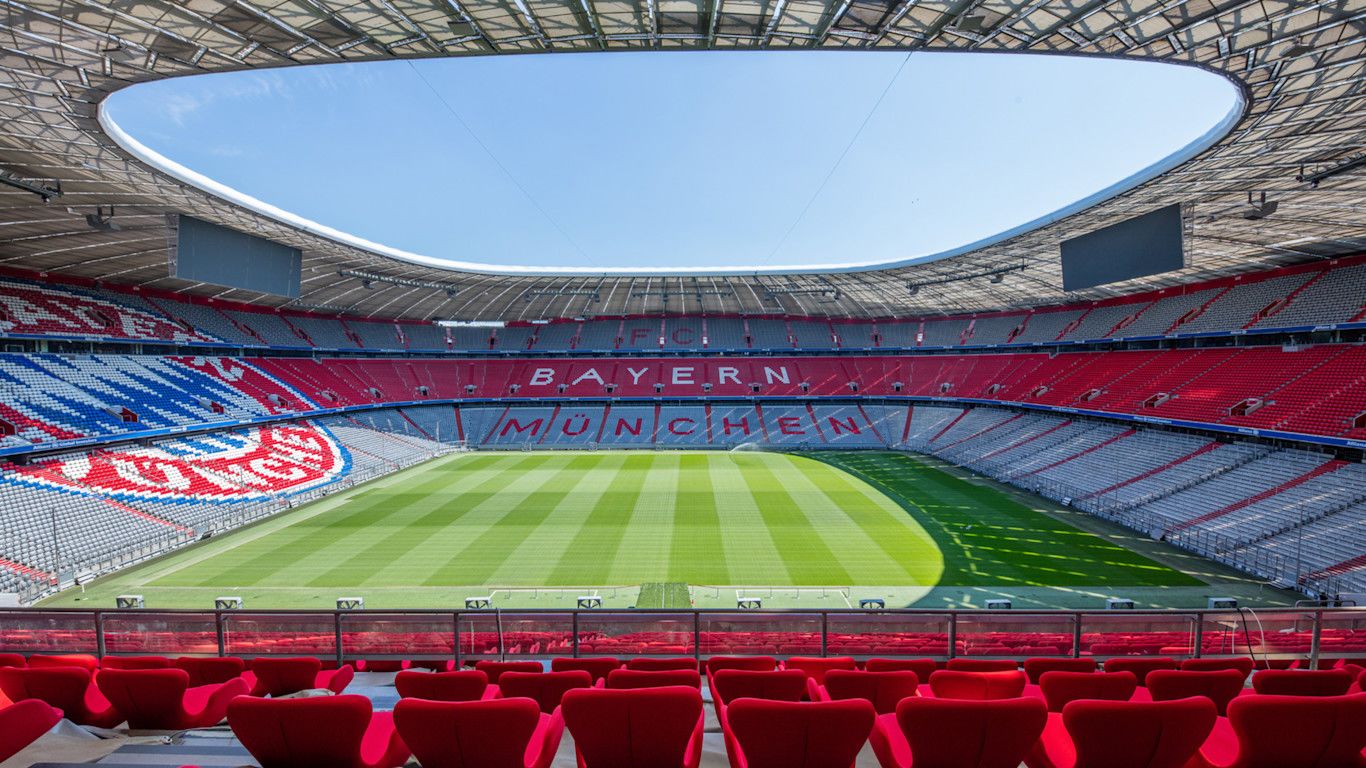 Allianz Arena is a stadium where Bayern Munich play as host. It is interesting that the stadium, which was built in 2005 for the needs of the World Cup, is not called that at the Champions League matches, but the Munich Arena due to various UEFA regulations. The Allianz company bought the right for the stadium to bear its name for 30 years. The stadium has special effects with lasers and lights that are released at every game and thus create a real spectacle. 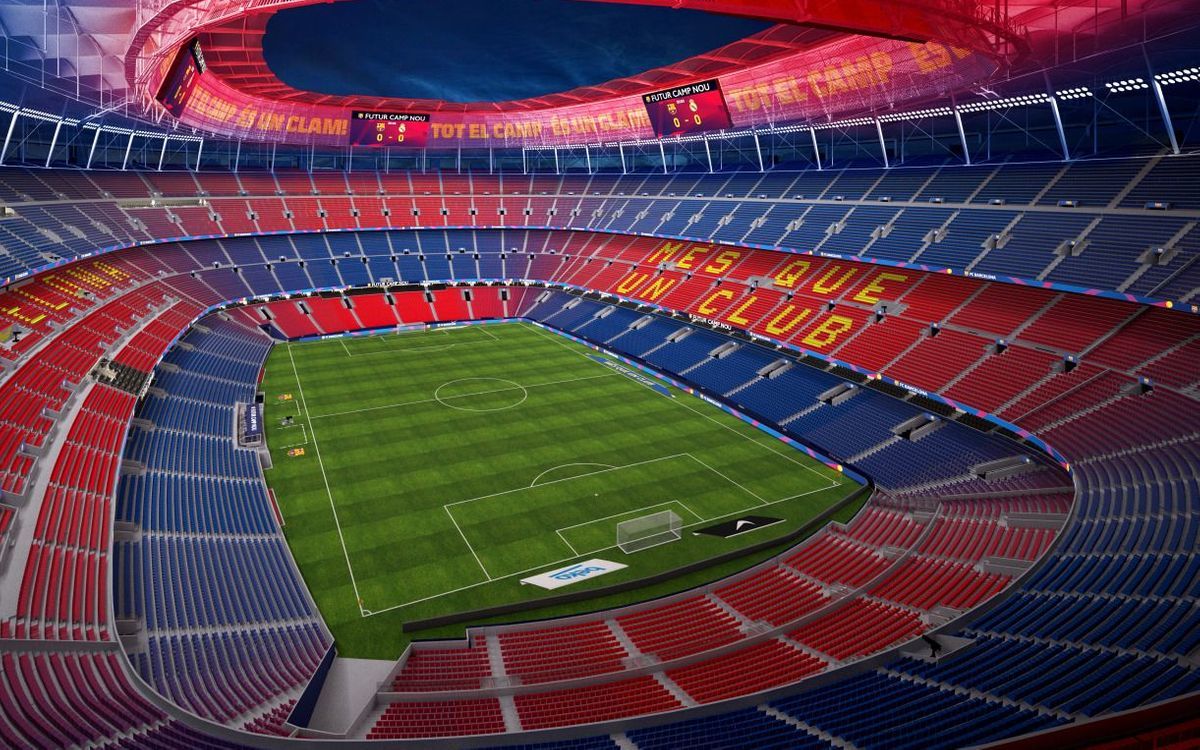 Camp Nou is the largest football stadium in Europe with 99,354 seats. There are almost no tourists staying in the capital of Catalonia without visiting Barcelona's stadium. However, the building is not one of the most beautiful, many say in a sarcastic way that it resembles a large concrete parking lot. However, when some of the best football players of today perform on it, few people pay attention to the aesthetics and the fact that there are no modern content at the stadium. 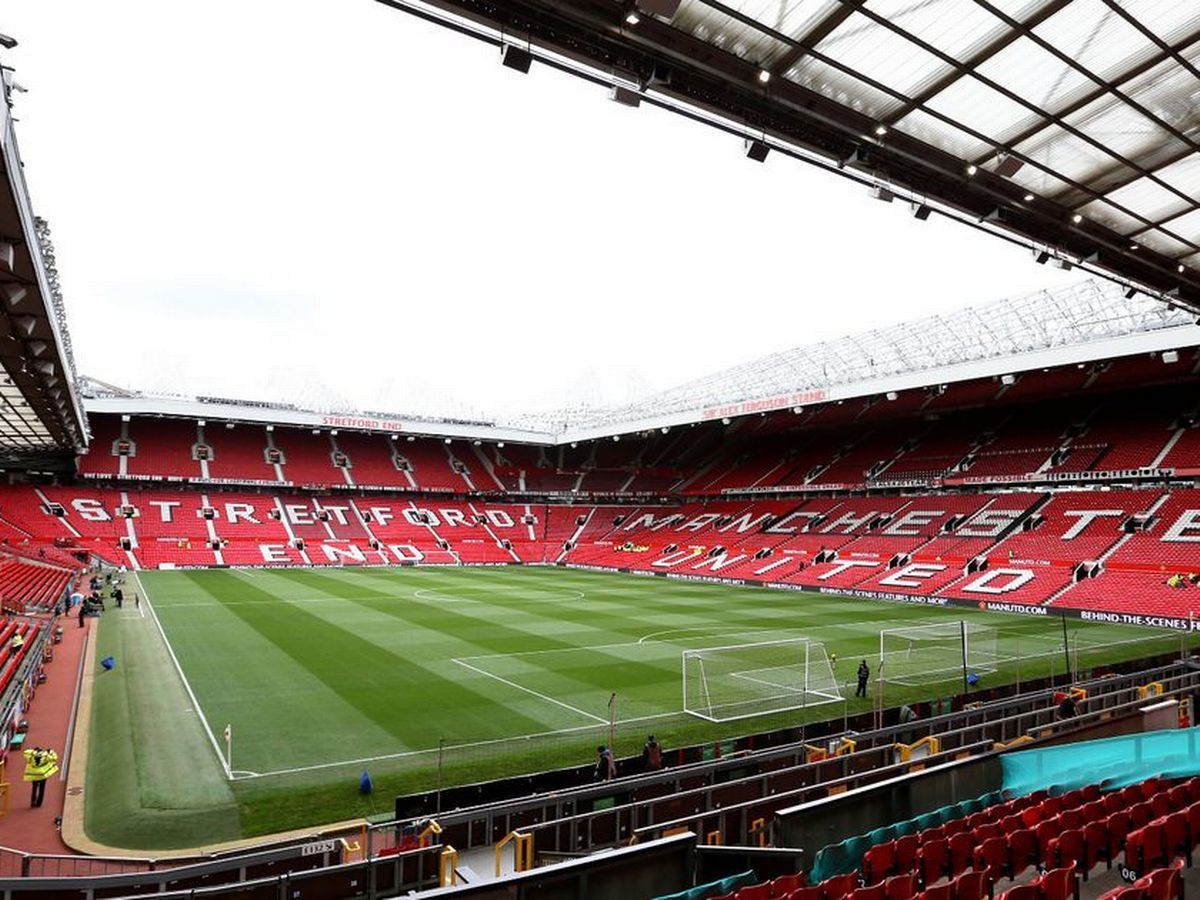 Old Trafford is certainly one of the most iconic football stadiums. The place where the Manchester United football players play as hosts, Bobby Charlton has a long time ago called it the Theater of Dreams. Old Trafford was built back in 1910, and today it can accommodate 75,635 spectators. The stadium, just like the club, has a rich history, and some of the best football players on the Island have played there in the past. 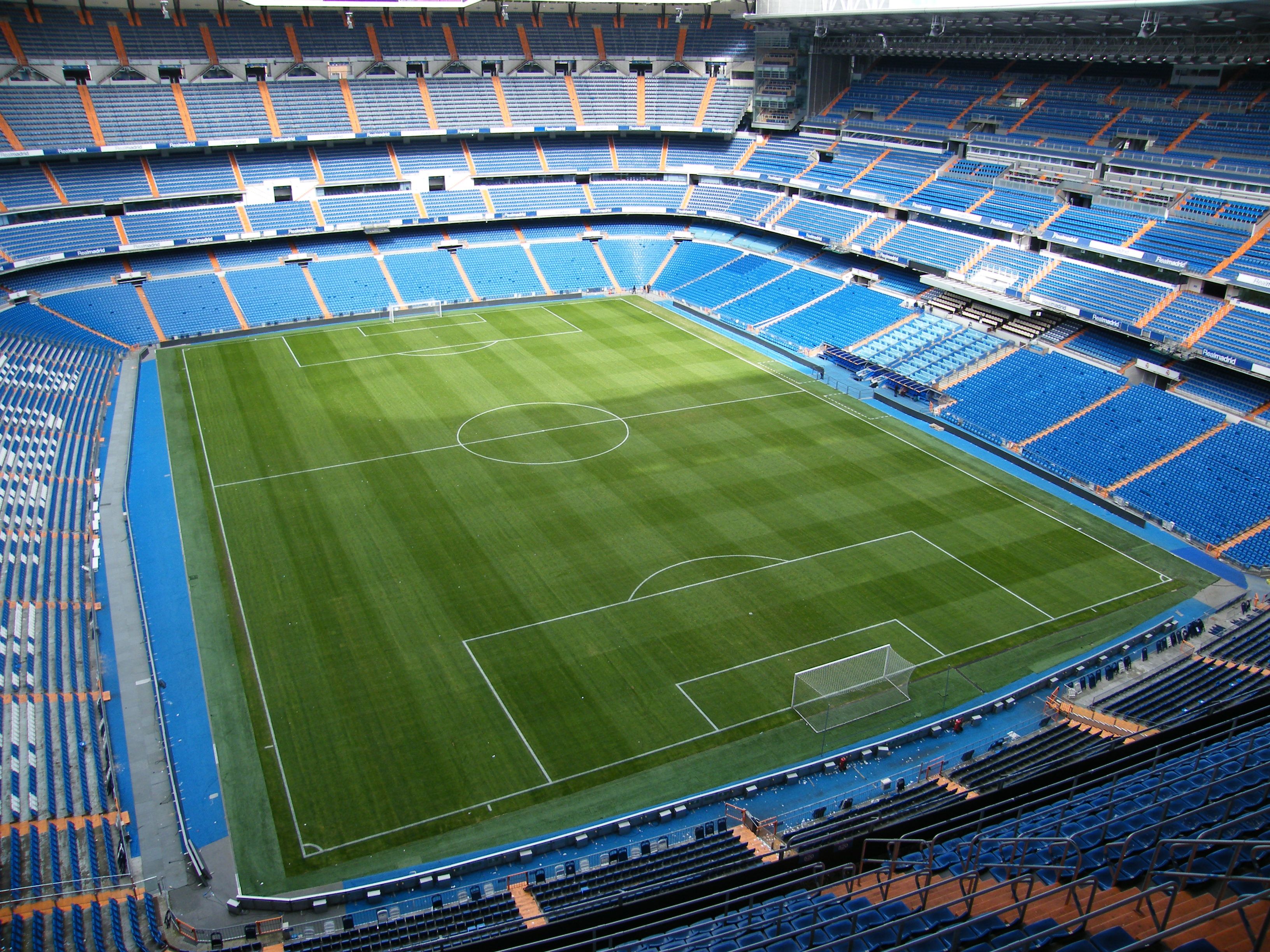 The Santiago Bernabeu is a Real Madrid stadium and with a capacity of 84,454 seats, it is one of the largest in the world. It cannot be said to be one of the modern or most beautiful stadiums on the Old Continent, but it has been one of the most spectacular ones for decades. The reason for that is that the most trophy-winning football club in Europe and everything that goes with it plays on it. However, in the last two years, this stadium was renovated and everyone is waiting for it to be finished and to see where the most successful European team will play. According to plans and announcements from Real Madrid’s board, it will be a multifunctional stadium with the latest technology implemented. 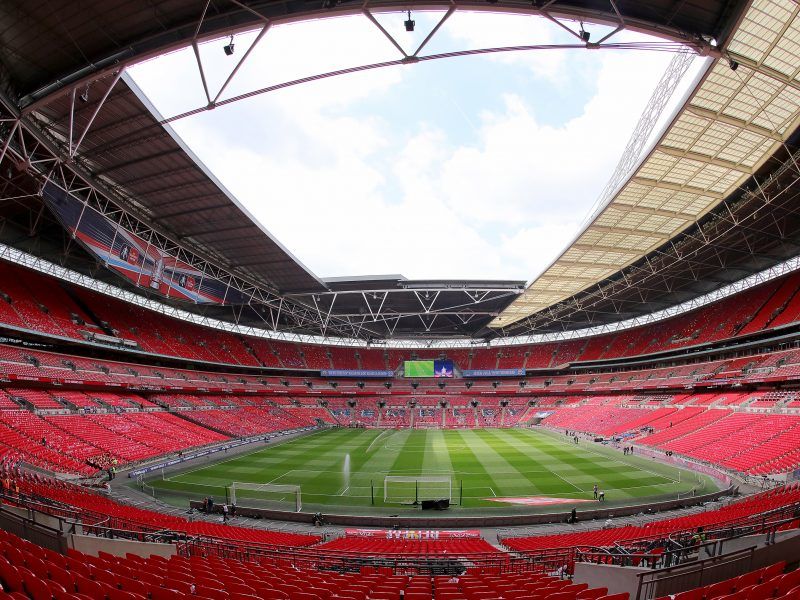 With 90,000 seats, Wembley is the second-largest stadium in Europe. Stadi Wembley was considered the most cult football stadium, while today's one, which opened in 2007, is slowly following in its footsteps. The English national team is playing in it, it has already hosted the finals of the Champions League. Its specificity is that the view of the field from every corner of the stadium is perfect. 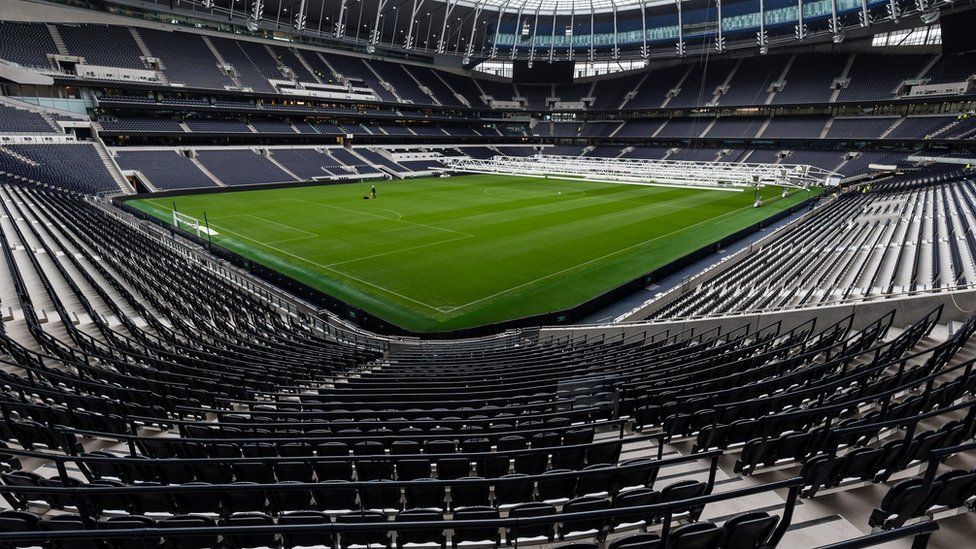 Tottenham Stadium is the newest stadium on our list, and it opened in April 2019. Due to its spectacular appearance, this stadium is called by many a spaceship, and the facility abounds in a multitude of facilities. Its construction cost an incredible billion euros, and in addition to football matches, it is planned to play NFL matches, as well as to hold music concerts. The cheapest annual ticket to Tottenham is £ 795.