They changed the history of football! The best football managers of all time by the choice of "France Football"

Many may not agree with this choice. Many will probably say that in addition to these criteria, one would have to look at how many players someone has managed to create, how many players he has taken on the right path or returned to the same, how many trophies and what are the "weights", he can turn a bad period and return the team to the winning path, to reverse deadlocks during the game, how to adapt tactically, choosing the right club and player, etc. The criteria by which "France Football" was conducted are the titles, the trace and the legacy left by the game, the personality, to which is added the duration of his career and the influence he had. 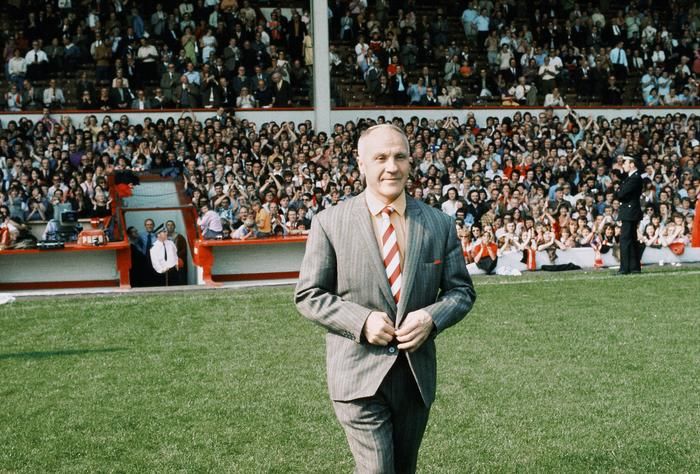 He took over The Reds in 1959 when the club was in a state of more amateur than professional. He introduced them from the second league to the elite after 3 seasons in 1964. He brought Liverpool their sixth English title. 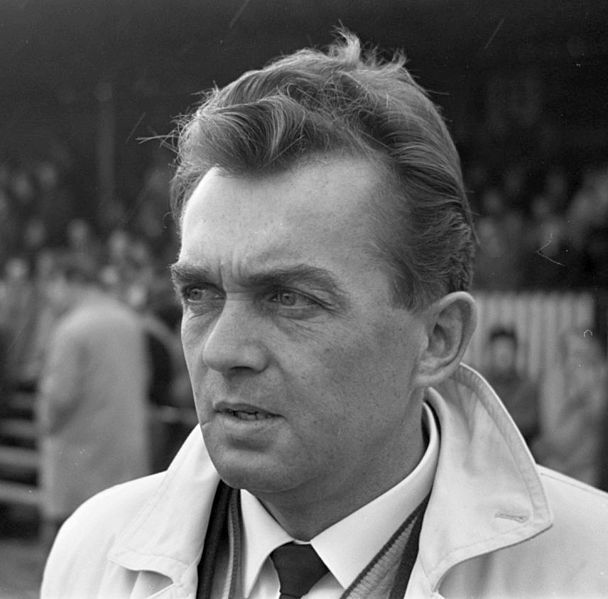 He won titles in four different countries (Belgium, the Netherlands, Germany, Austria) and twice won the Champions Cup (Feyenoord, HSV). With the Dutch national team, he became the world vice-champion in 1978.

He is one of only 5 coaches who managed to win 2 or more Champions Cup trophies (today Champions League) with two different clubs (Hitzfeld, Mourinho, Heynckes and Ancelotti).

In 1992, Happel died at the age of 66. As a player legend of the Rapid from Wien, the stadium was named after him immediately after his death. 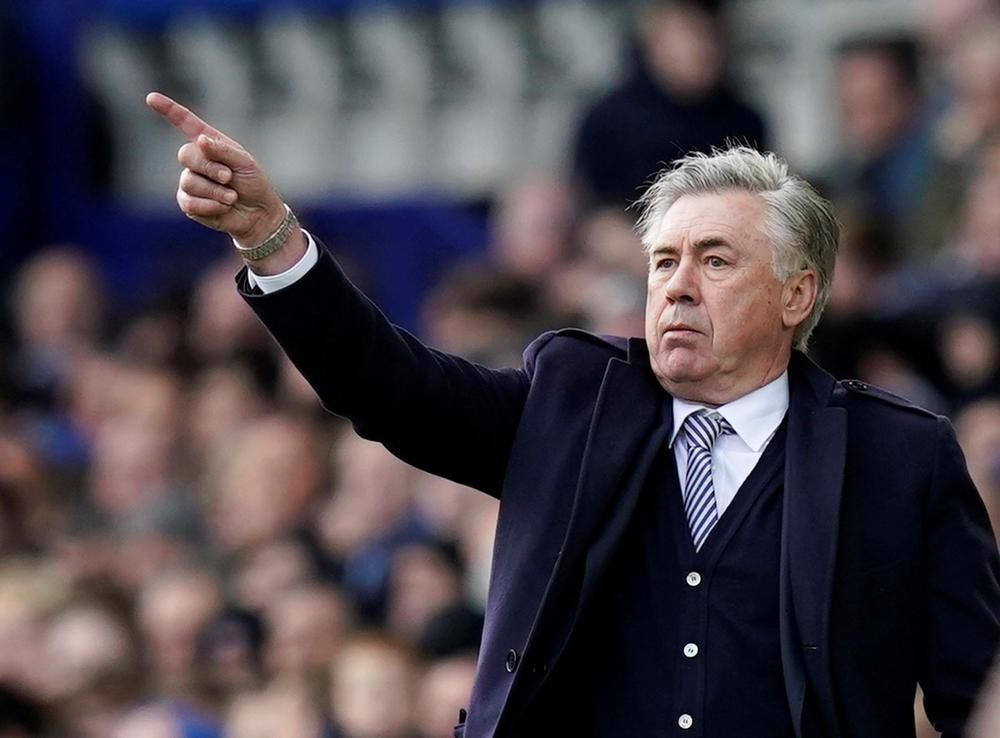 One of the two active managers in the top 10. The Italian started coaching in 1995 as Regina's coach.

The rise of the popular Ancelotti begins in 2001, when he moved from Juventus to Milan and after losing the title in the last round for two years in a row.

Carlo Ancelotti is one of only six people to win the Cup / Champions League as players and coach.

In 2009, he took over Chelsea, where he became the second non-English coach to win the double crown. In 2011 he became the coach of PSG. In 2013, he won the French league and moved to Real Madrid. With them, they will win almost everything next year. The Champions League, the Spanish Cup, the European Super Cup, the World Club Championship, but the title and the domestic championship remain unattainable for Ancelotti in both seasons he spent on the bench of the royal club.

After Italy, England, France and Spain, it was the turn of Germany and another great, Bayern Munich. In 2016, he replaced Guardiola and signed a three-year contract. His primary goal was the title in the Champions League. The second season, after winning the Super Cup and the championship in the first, started badly. Bad results both in the championship and in Europe cost Ancelotti the first dismissal in his career. In 2018, he returns to Italy and takes over Napoli, then moved to Everton and next season he is back in Spain in Real Madrid to try to win La Liga.

Bet on La Liga with 1xbet

7. HELENIO HERRERA - creator of the padlock 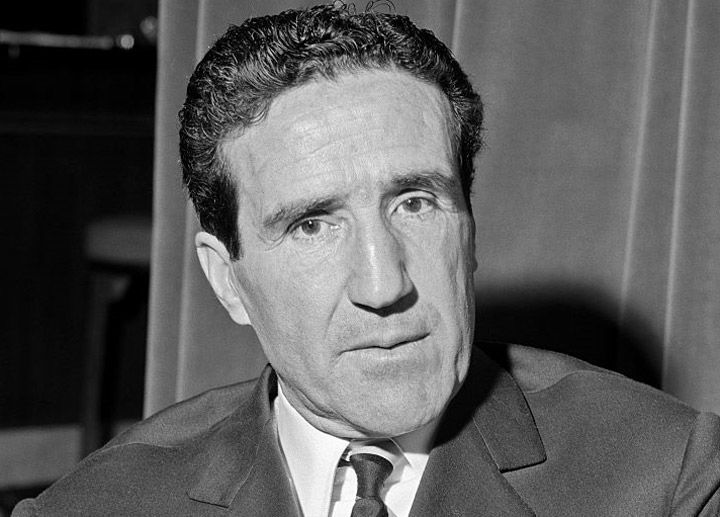 The 5-3-2 formation or guarded Catenaccio was Herrera's invention while he led Inter Milan. In that period, with the team from Milan, he won 3 Italian championship titles and won the Champions Cup twice.

In 1968, he moved to Roma and became the highest paid coach in the world with an annual salary of 150,000 pounds. After the tragic death of the player in the locker room, the relationship between him and the president became bad and after only two years, he was fired.

Due to a heart attack, he was not much in the coaching business in the following years. Officially, he had his last season in 1981 on the Barcelona bench, and in those 20 years he worked only 4. 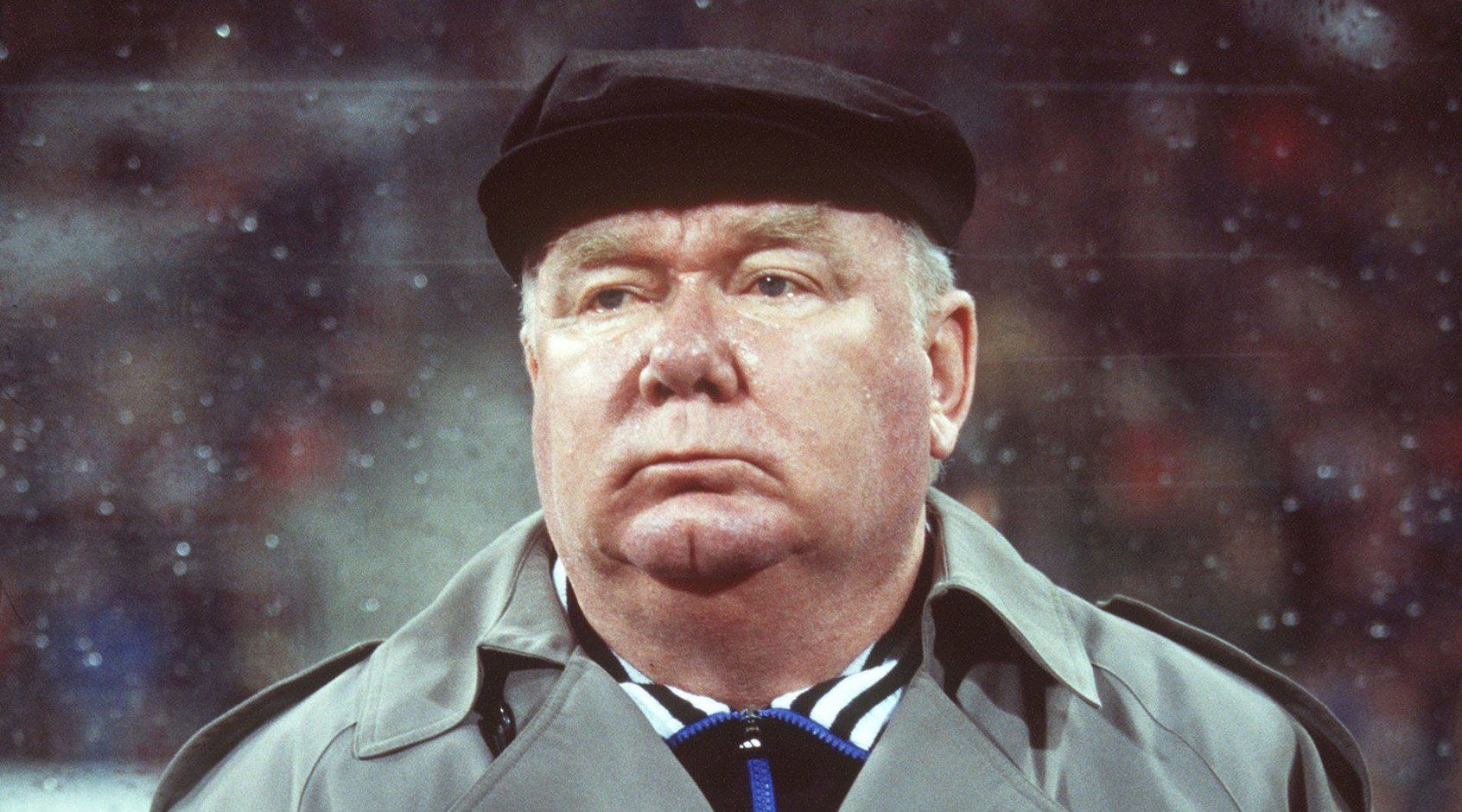 While coaching the Ukrainian Dynamo from 1974-1990 (except in 1983 and 1984, when he was the coach of the USSR), he won the USSR league eight times and thus confused the dominant Russian clubs. In addition, he won the domestic cup 6 times, won the Cup Winners' Cup twice and one European Super Cup.

In 1997, he returned to Dinamo, which was expelled from UEFA competitions due to bribery, but managed to restart the club. 5 consecutive titles in Ukraine were crowned with the semifinals of the Champions League in 1999.

On May 7, 2002, he suffered a stroke after his Dinamo's victory over Metalurh and on May 13. Dies during brain surgery. 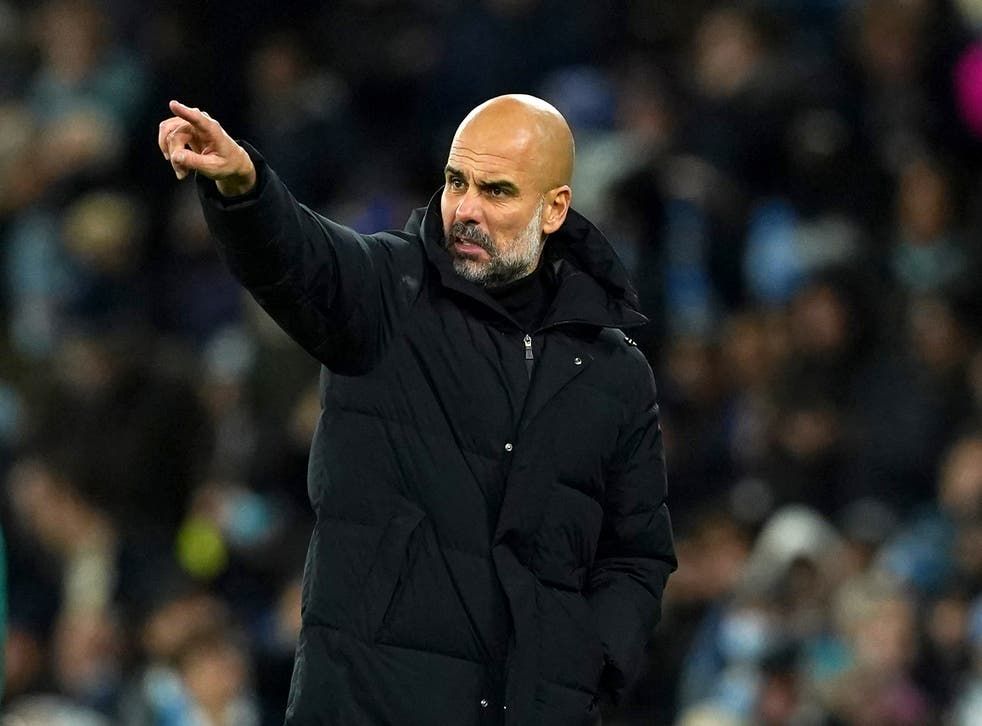 Another active manager on the list. After a great playing career in 2008, he was announced as manager of Barcelona.

After Herrera's Cattenacio, Guardiola introduces a new football revolution in the form of tiki-taka tactics. Barcelona was invincible in those years, they played alien football with Messi, Xavi and Iniesta, no one could do anything to them. 3 Spanish titles, a cup and 3 super cups; 2 Champions League, UEFA Super Cup and World Club Championship. 14 trophies, all in just 3 years.

Guardiola, just like Ancelotti, is one of only 6 people who, like the players and coaches, won the Champions League.

And if after Barcelona he led Bayern Munich and now Manchester City Guardiola still has not become the 6th coach to win two or more Champions League trophies with two different teams. Bayern were not satisfied with 3 German championship titles, two cups, one super cup and the world club championship. He took over Manchester City in 2016 and so far the Citizens under his leadership have won three league, one FA Cup title and four league cups. 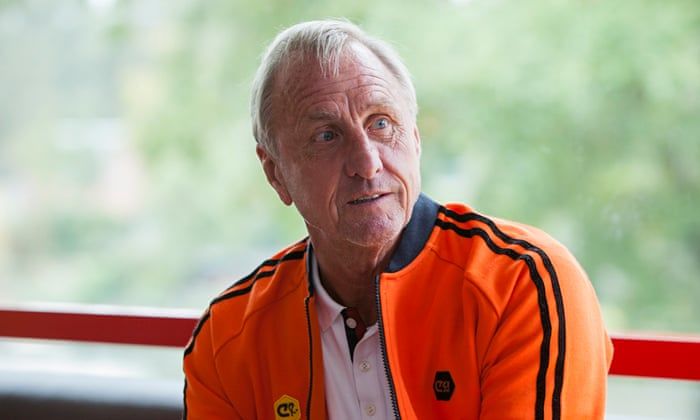 It is not known whether he was a better football player or manager. The man who is the creator of today's great Barcelona and who laid the foundations of tiki-taka tactics.

He started his coaching career in Ajax in 1985 and in 1987 he won the Cup Winners' Cup. He introduced many tactical innovations starting with three central and defensive onwards.

In 1988 he takes over Barcelona. Both in his playing days and as a manager, he recorded the best results for the Catalan team. The following year, he won the Cup Winners' Cup again, and in 1992 he won the (new competition) Champions League and then the Super Cup. In 8 years of coaching at the Barca, he also won four Spanish championship titles.

Even if he practically worked as a manager for only 11 years, he left an indelible mark in two clubs. From 2009-2013 he was the manager of Catalonia.

The Dutchman died of lung cancer on March 24, 2016. After his death, the new Ajax Stadium was named after him. 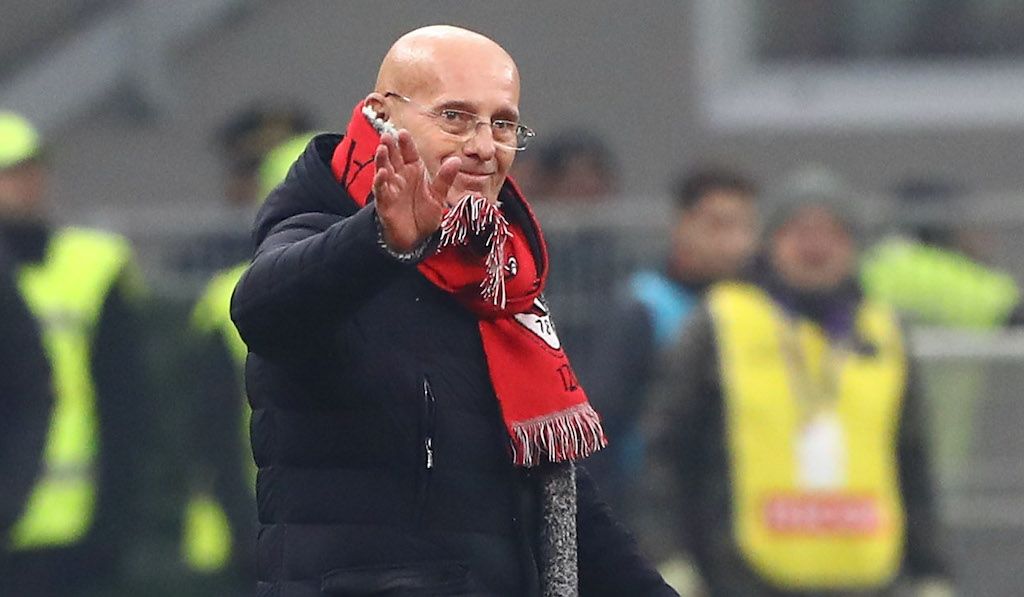 He started coaching in 1977, and his first successes were in the mid-1980s, when he brought Parma from third division to Serie A.

This success was recommendation to Milan, which was created for great deeds with Van Basten, Gullit and Rijkaard. He took them over in 1987, and already in 1989 he won the Champions Cup, which they defended the following year. The sowing of trophies started immediately in the first season, when both the championship and the Italian Cup were won. After climbing to the roof of Europe, it was not difficult for Sacchi's team to win the World Club Championship and the UEFA Super Cup.

In 1991, he took the helm of the Italian national team, which led to second place at the 1994 World Cup in America.After not passing the group at the European Championship in 1996, he resigned and returned to Milan. This time it was a total failure.

Until the end of his career, he led Atletico Madrid for another year, before finishing his career in 2001 in Parma

Bet on Serie A with 1xbet 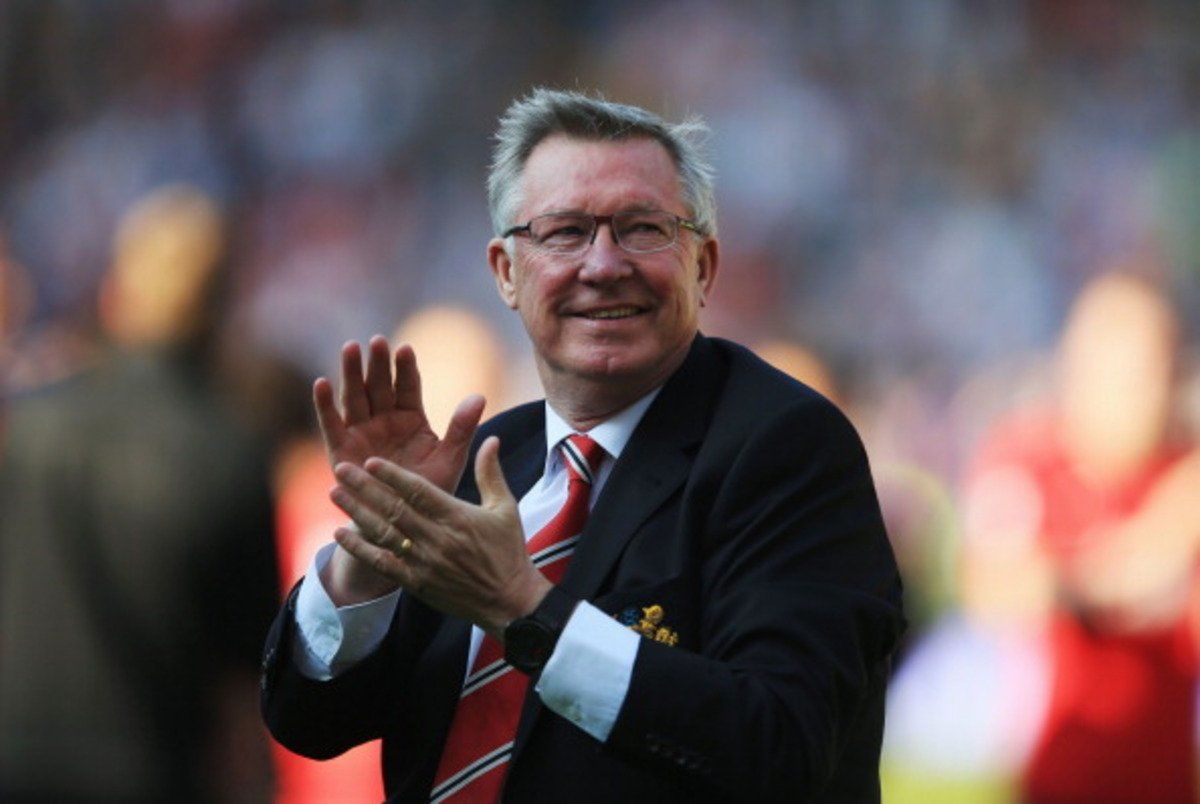 He started coaching in 1974 in his native Scotland.

She spent 8 seasons in Aberdeen and won 3 state titles, 4 cups, 1 league cup, and in Europe he won the Cup Winners' Cup and the 1983 European Super Cup.

On November 6, 1986, at the age of 45, Alex Ferguson took over Manchester United, the penultimate team in the table.

He made his debut with a victory and finished the season in 11th place. The following season, Fergie brings his people and finishes the season in second place. However, it was short-lived because as early as November 1989, fans were forcing him out of the club after the team was first above the relegation line. In the end, he ends that season successfully because he won the FA Cup.

It was a turning point for both United and Ferguson himself. Manchester has become a big world club and Ferguson is one of the best coaches of all time. He spent 26 years at the club from Old Trafford, which is the second longest series in the history of football of one coach on the bench of one club. From the team that fought for survival in the next two and a half decades, they won as many as 13 English championship titles, 5 FA Cups, 4 League Cups, 10 Community Shields and the team was always among the best European clubs. Fergi made a lot of players. Generation 92 is famous with Beckham, the Neville brothers, Giggs, Scholes, Bat, etc.

However, he considers the bringing of Cristiano Ronaldo to Manchester to be his greatest success, in addition to all the trophies and the title of sir. 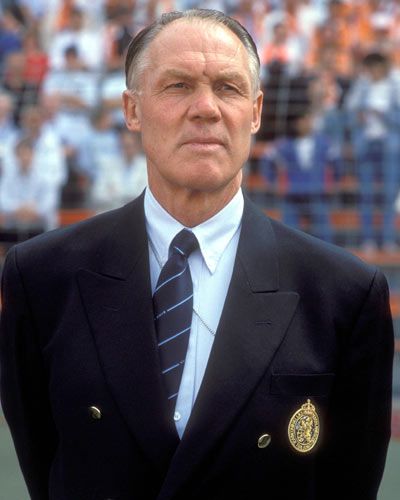 He had his first professional job at Ajax in 1965. In six years, he won four leagues and three cups. From 71st to73rd he ruled Europe. First, he conquered Europe with Ajax, and then, by moving to Barcelona, ​​he lifted the Champions Cup trophy for two years in a row.

In addition to the title, he was remembered for attacking, total, football and setting offside traps. During that period, Ajax set numerous records. Without losing a single point at home (46-0-0) in two seasons (1971/72 and 1972/73), they suffered only one defeat in the entire 1971/72 season. With 122 goals scored in one season, they are still the league record holders.

He led the Dutch national team at the 1974 World Cup, which they dominated. With a goal difference of 14: 1 and only one draw, they entered the finals. After 80 seconds, they took the lead 1: 0 without the Germans touching the ball. However, in the end they were defeated 1:2.

In 1988, he returned to the helm of the national team when he won the European Championship.

Since 2004, the Dutch federation has introduced an award named after Rinus Michels.