Ever since Teliasonera launched the first LTE network in Norway in December 2009, close to 450 LTE networks have been launched - with over 240 networks planned to go live in the near future. During the past six years, mobile data traffic has witnessed a massive 89% CAGR and is expected to grow at 55% CAGR over the next four years.

Technological advances with carrier aggregation and antenna diversity improved LTE data rates and round-trip delays which can theoretically reach 3 Gbps and go below 2 milliseconds, respectively, with LTE Release 13. However, while there is a limit to the availability of spectrum and the number of antennas that can be used, increased data rates are not the only requirement for today’s IoT applications.

All these tech advances and consequent demands have pushed the case for 5G, a technology that is expected to be built around its use cases. From smart vehicles and smart homes to media everywhere and human IoT, new networks need to be tailored to cater for different speed, capacity and latency requirements.

The first 5G networks are expected to see the light in 2020 - with Etisalat vowing to rollout the first nationwide 5G network ahead of World Expo 2020, and with Verizon confirming that it aims to begin testing commercial services in 2017. While other operators from both emerging and developed markets are also engaged in R&D activities and field trials, there is still a lack of consensus between operators and vendors about the technology definition and requirements.

According to a survey conducted by the GSA, over 40% of operators consider that all technology requirements (see Figure 1) should be met for a technology to be tagged as 5G, while vendors seem more flexible with almost 24% classifying the technology as 5G if it meets some of the requirements. Figure 2 shows the current state of development and 5G-related activity by key operators. 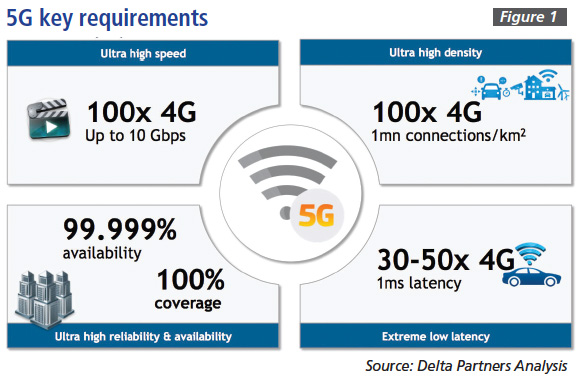 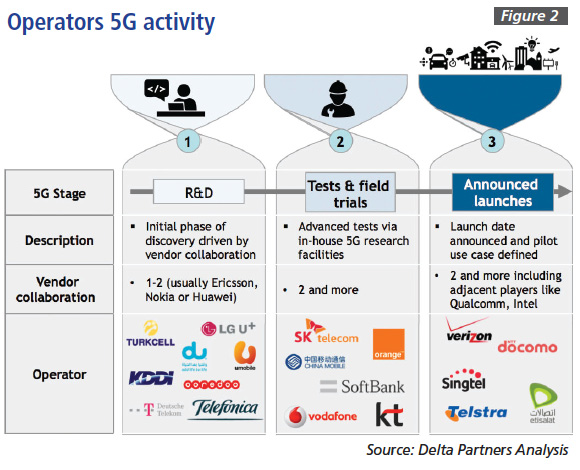