Belgium vs Russia EURO 2020: Preview, Injury Updates, Prediction, and Where to Watch 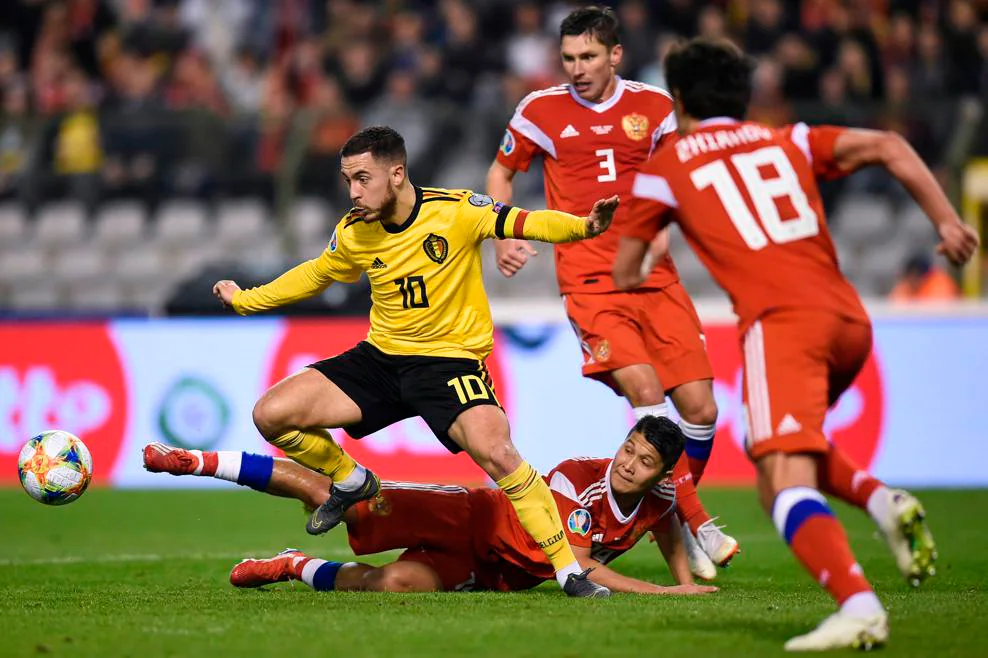 Here they meet again in the same group …

In a group with Finland, and Denmark ( #1 FIFA World Ranking) Belgium will start their EURO 2020 against Russia. After an absolute dominance during Euro 2020 qualification (they have won Group I with 30 points (10/10 wins)). Belgium seeks to win for the first time the European Championship. They've participated six times in this competition (first 1972), and their best result was in 1980 when they finished as Runners-up. In the last ten matches, Belgium has won 7, draw 2, lost 1. For Roberto Martinez and his team, the main objective will be the trophy. Russia is still looking to beat Belgium since they failed twice to do so in Euro 2020 qualifications. They come in this competition as Group I's second place, with 24 points in 10 matches (W8, L2). In total, Russia has 12 games in the European Championship. The former Soviet Union played for the first time in the European Championship in 1960, and they won the trophy that year. Nowadays Russia's best result was the Semi-finals of Euro 2008 (Austria and Hungary). In their last ten matches, Russia counts 3 Wins, 2 Draws, and 5 Losses. Not a good performance so far for Stanislav Cherchesov's team, but now the focus will be on Euro 2020 matches, and they can still manage to surprise us.

Russia will play the match in Gazprom Arena, Saint Petersburg, where Belgium has previously beaten them 1-4.

Recent updates confirm that the Russian squad will be fully fit for the Saturday night match. Meanwhile, Belgium will miss Eden Hazard, Kevin De Bryne, and Axel Witsel. Axel Witsel is in the squad, but his serious Achilles injury may keep him away from this European Championship. Kevin De Bryne and Eden Hazard are not in the condition to play against Russia. They may be ready for Belgium's second match against Denmark, but we have to wait for updates until then.

Both teams want to have a perfect start in this group stage since a win now means 90% chances to pass the qualification for the next round. Based on the group stage of Euro 2020 qualifiers, expectations are for a possible win of Belgium. Belgium and Russia have conceded a goal in 7 out of 10 of their last matches. Also, there have been first-half goals in 22 of Belgium's last 24 games. The match will be Livestream on 1xbet, SRF, ZDF, RAI, beIn Sport, RTVS1.