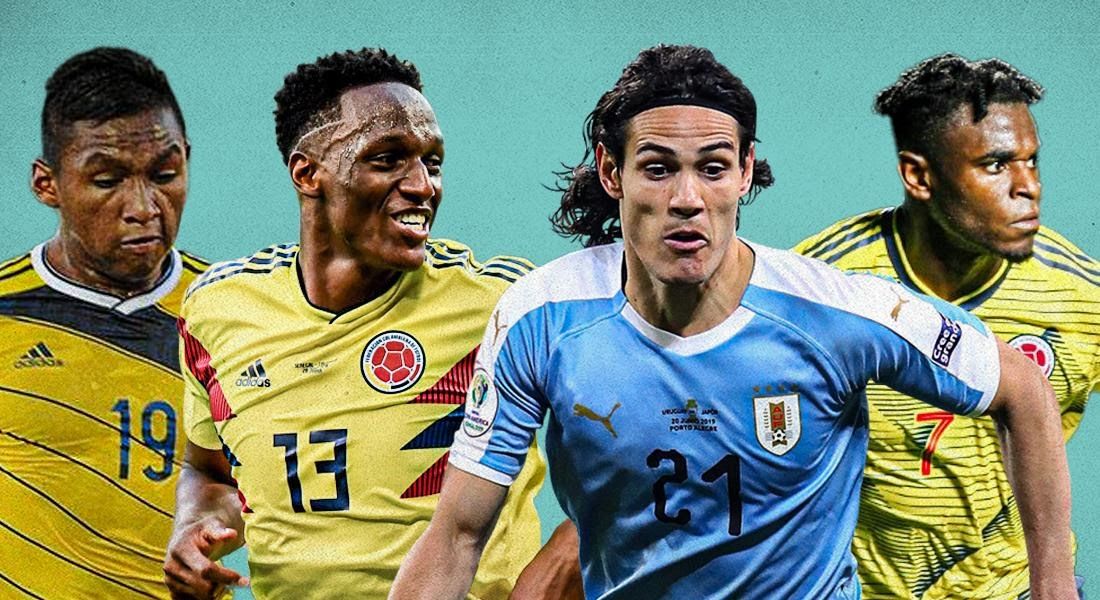 Copa America has reached the knock-out phases after some breathtaking matches from the group stages. It is a very interesting duel tonight, with Uruguay facing Colombia. Two insidious teams who will look to make a pleasant surprise to their nations and go all the way through. It seems to be a hard-fought match between 9th place of FIFA world ranking (Uruguay) and 12th place (Colombia). Uruguay comes to this match as the second-placed team of Group A with 7 points with two wins against Paraguay and Bolivia 1-0 and 2-0 respectively, a draw 1-1 vs. Chile and a 1-0 loss against Argentina.

On the other hand, Colombia finished third in group B with only 4 points, winning against Ecuador 1-0, a disappointing nil-nil draw against last-placed Venezuela, and two consecutive losses against Peru and Brazil with the same result: 2-1. But now the standings don't matter as it is a knock-out phase game. If the match finishes in a draw, the semifinalist will be selected by penalties.

There have been plenty of matches between these nations throughout history, starting from 1945 until the last game in November 2020 for the World Cup Qualifier. Forty-two games in total see Uruguay leading with 20 wins, nine draws, and 13 losses against Colombia. The last five matches have seen Uruguay win three times, one draw, and Colombia's only success is in the 2014 World Cup last 16. They will now want to do the same and improve their historical head-to-head matches versus their rivals.

Good news for both teams regarding injury updates as both teams have available all their called-up squads and are ready to be in the orders of their head coaches and help their national team.

Seeing the competition stage and the fought-football from the South Americans, it is excepted a strong football and defensive. We would really like to see the opposite, but both teams would want to make very few mistakes to have a chance to win. Seeing that the event doesn't have extra time, penalty kicks are very probable, with either team defending and hoping for the best of luck in the shoot-out. Cavani and Suarez on one side and Duvan Zapata and Luis Muriel on the other will want to say their word in this match. As for Livestream, you can watch the game at FutboTV, Fox, Univision, or UniMax. As for the odds, you may check the sites of bet365, 1xbet, WilliamHill, or Bwin. The odds for this match are: Uruguay 2.30, draw 3.00, and Colombia 3.60