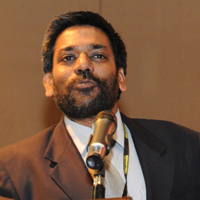 It's the newcomers who disrupt markets, but not many are as new as Tata DOCOMO.

Up to that time TTSL had clocked up 36.5 million subs in several years offering CDMA service. Nine months later, that number had skyrocketed to 66 million.
Instead of adding just 750,000 monthly net subs as before, Tata is now signing up around three million and it has become the country's fifth largest mobile operator, a tad behind BSNL.

Even more spectacularly, it began offering per-second charging and in so doing forced its bigger competitors to change.

"We have disturbed the market to the point where the established players have heard it and have followed suit," said N.V. Subbarao, who heads the southeast India hub.

"Overnight the leaders became followers, which is encouraging for an operator like us."

The key has been the Tata brand, says Subbarao. Tata is one of India's biggest and best-known business conglomerates, with investments in steel, autos, IT and chemicals. But it is also known for its philanthropy and ethical business practices.