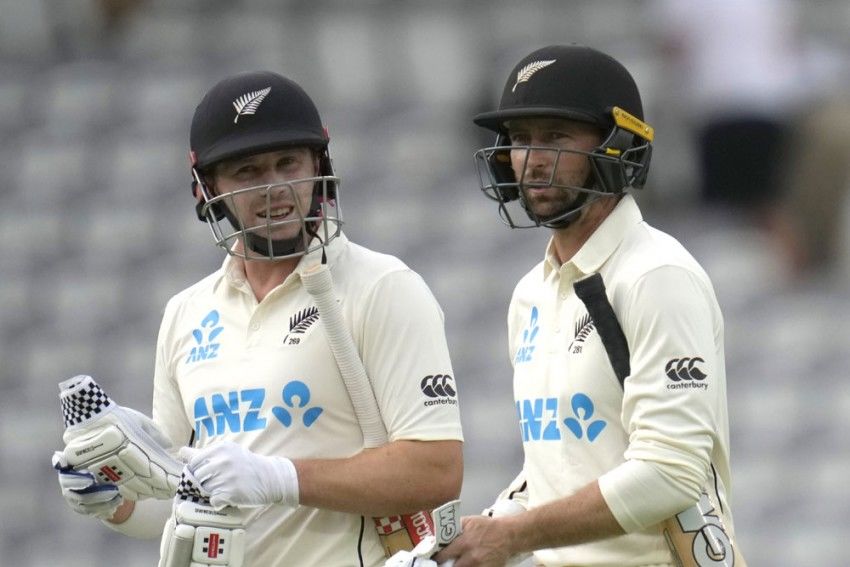 New Zealand and England played out an intriguing draw this week as a fair share of poor weather denied the two cricketing heavyweights a definitive result at Lord’s. While the game saw a fair share of attritional cricket, both New Zealand and England took turns to seize the initiative in what was a series of evenly matched battles for superiority.

New Zealand started the game in dominant fashion with Devon Conway scoring a historic double ton on debut. Aside from his partnership with Henry Nicholls and a late cameo from Neil Wagner, however, the Kiwis were unable to make the most of a good start but did forge a formidable lead over England.

Rory Burns shouldered much of England’s scoring burden and his century helped the hosts avoid a follow-on. With day 3 washed out by a series of drizzles and downpours, a victory for either side was always an unlikely outcome.

England injected some young blood into their team for this game, with varying results. New Zealand also found a new hero in their batting unit and have clicked into gear ahead of what is a crucial month in their cricketing history. 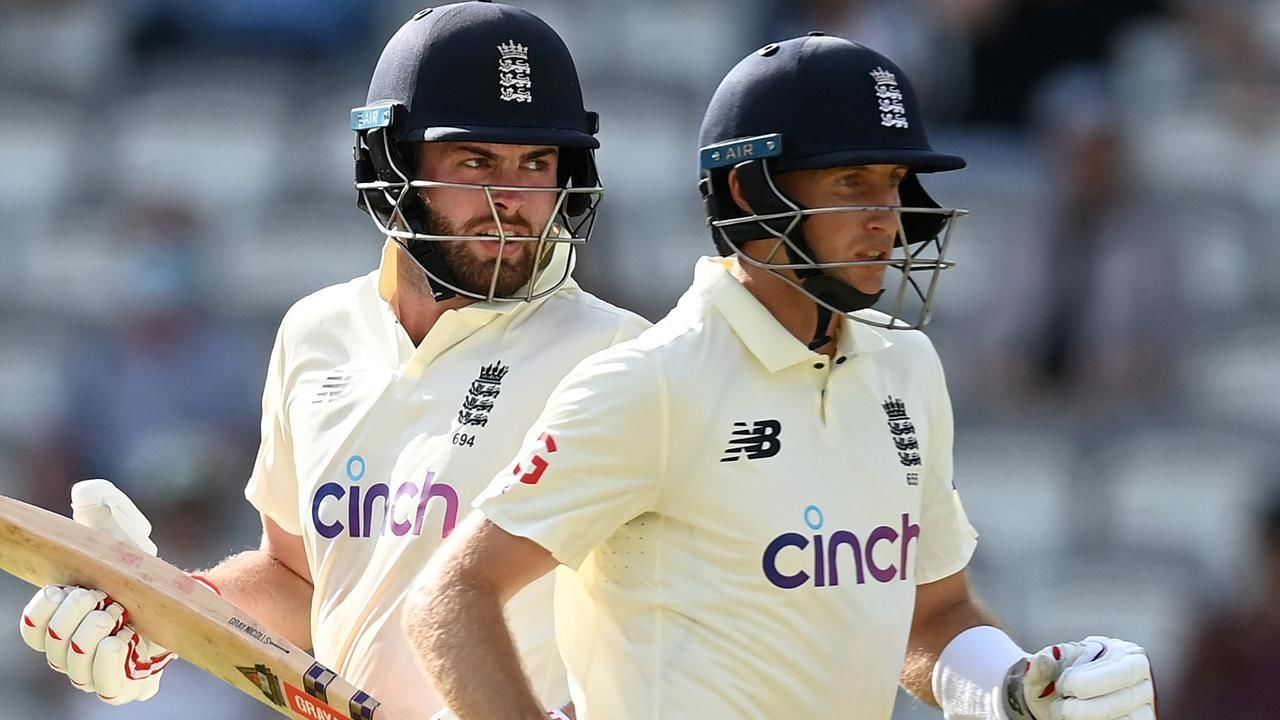 Rory Burns has received a fair share of criticism for his England performances in the past but managed to silence his critics with a crucial ton in the first innings. With England languishing at 18/2 at one stage, Burns held firm and his knock of 132 helped England to a respectable total.

Dom Sibley has blown hot and cold for much of his fledgling career and had a typical outing against New Zealand. The England opener was dismissed for a duck by Jamieson in the first innings but bounced back with an unbeaten half-century on day 5.

Zak Crawley had a nightmare outing against the seasoned Tim Southee and was scored a sum total of four runs in the Test match. Crawley was dismissed for taking on the New Zealand veteran on both occasions and will have to work hard to keep his place in the side.

As captain of his England side, Joe Root had a good outing and used the DRS to good effect in both innings. Root also played an important inning on the final day to ensure that his side saw out the draw.

Ollie Pope showed plenty of promise in the first innings but was undone by a fiery spell from Tim Southee. England’s number five did well to keep Dom Sibley company in the fourth innings.

Dan Lawrence has not made the best of starts to his England career and did not trouble the scoreboard against New Zealand. The youngster was not given a chance to make amends in the second innings and has a point to prove against the Kiwis next week.

James Bracey made his debut alongside Ollie Robinson against New Zealand and was a reliable presence against a wobbling ball behind the sticks. The highly-rated wicket-keeper was castled by the in-form Tim Southee, however, and will be eager to prove his mettle with the bat in the second Test.

After a controversial first day off the pitch, Ollie Robinson made headlines for the right reasons with his impressive lines and lengths. Robinson bagged seven wickets in the match and has a point to prove after he returns from his suspension.

Mark Wood turned it around for England with the ball in the first innings and consistently clocked in at over 90 miles per hour. The Durham speedster managed four wickets in the match but was fairly expensive in New Zealand’s second innings.

Stuart Broad was made to toil a fair bit by both Devon Conway and Tom Latham and had a difficult match by his own lofty standards. England’s prodigious seamer managed only one wicket but was typically economical in his spells.

Jimmy Anderson was also given little to no assistance by a flat Lord’s pitch, particularly on the first day, but made doubly sure that his stellar record against New Zealand captain Kane Williamson remained untouched. 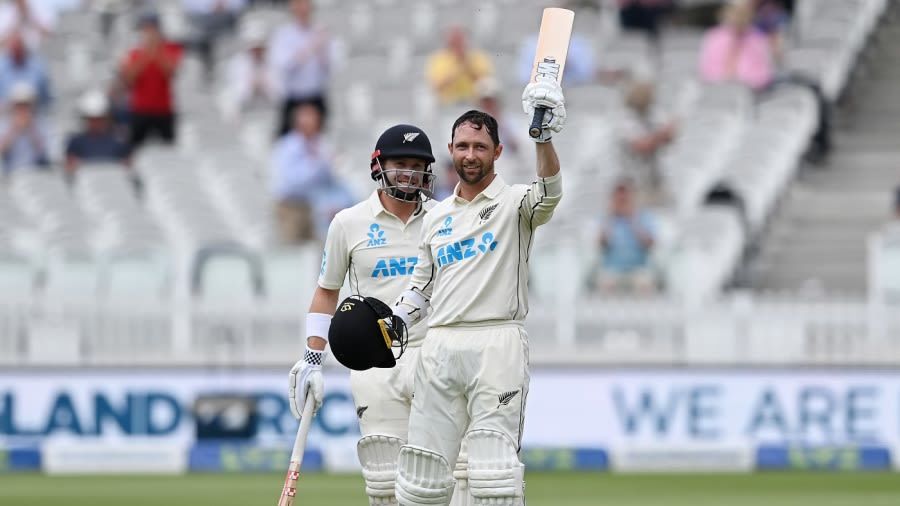 Tom Latham showed equal parts of style and substance against England but was unable to convert his starts into the mammoth scores that he is capable of. Latham remains New Zealand’s mainstay at the top but needs to up his average to become a behemoth in the side.

One cannot help but be thrilled for Devon Conway. The South Africa-born southpaw has had to wait over a decade to make his Test debut and showed the cricketing world what they had been missing with a near-flawless performance.

Conway became only the second New Zealand cricketer to score a double century on debut and etched his name both in the history books and on the legendary Honours Boards at Lord’s with a batting masterclass for the ages.

While Kane Williamson’s ability to lead his team is unquestionable, his record in England does need improvement. The otherwise flawless technician has found his penchant for playing late working against him in England and has some work to do behind the scenes ahead of a hectic schedule.

As senior statesman of New Zealand’s batting unit, Ross Taylor has a responsibility on his shoulders against both England and India this month. The Kiwi veteran did show flashes of his brilliance in the second innings and will need to take it up a notch in the second Test.

Henry Nicholls is arguably the most underrated member in the New Zealand line-up at the moment. The left-hander showed plenty of grit and poise to build his partnership with Conway in the first innings and held firm to boost New Zealand’s total.

BJ Watling had an uncharacteristically poor outing against England and was dismissed for a low score in both innings. The wicket-keeper was reliable with the gloves and will look to make the most of his last summer in Test cricket.

Colin de Grandhomme has been New Zealand’s utility player on several occasions in the past but failed to make an impact against England. The Kiwi all-rounder managed only nine runs from his two innings and failed to add his name to the wickets’ column.

On a fairly inhospitable Lord’s pitch, Mitchell Santner was unable to spin his web and trouble the England batsmen. Santner threw his wicket away to a careless shot in the first innings and will need to work on his batsmanship this month.

Jamieson made the most of his commanding physique in the first innings and pegged England back with his three wickets. The Kiwi pacer also took an excellent catch and kept things tight on the final day of the match.

On a decidedly flat Lord’s pitch, Tim Southee brought all his skills to the fore and produced a magnificent spell to dismantle England’s batting line-up. With Boult rested for this match, the onus was on Southee to step up as the spearhead and the Kiwi seamer lived up to the billing.

New Zealand’s proverbial workhorse played his heart out yet again at Lord’s and was rewarded with two of the three England wickets on day 5. Neil Wagner bowled well in tandem with his compatriots but will need to adjust to English pitches to make the most of his ability.