England vs New Zealand 2nd Test Day 1 Recap and Match Highlights: Kiwis in the ascendancy despite half-centuries from Burns and Lawrence 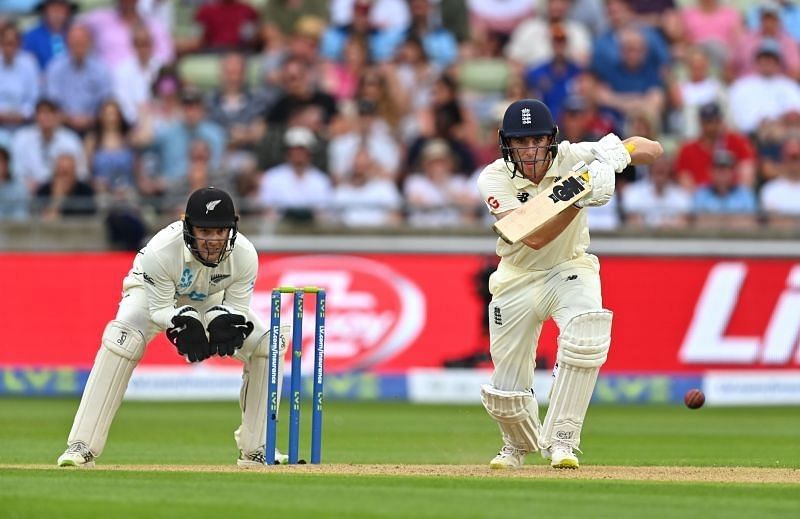 Dan Lawrence remained unbeaten with an impressive half-century at the end of the day’s play after Rory Burns had set a platform for England. New Zealand were dominant against the remaining batsmen, however, and will look to dismiss the hosts for a low score before lunch tomorrow.

England got off to a good start in the Test match as Rory Burns and Dom Sibley remained watchful to blunt the new ball. New Zealand rested Tim Southee and Kyle Jamieson ahead of the World Test Championship final and were discernibly hampered by the former’s absence in the first session.

Burns was typically robust with his technique and played himself in after a relatively slow start to the innings. Henry, Boult, and Wagner spearheaded New Zealand’s bowling efforts but were unable to make the most of the overcast conditions in the first session.

Dom Sibley picked up the pace towards the end of the session with a few boundaries as England looked to seize the initiative. The hosts looked set for a big total before lunch and came through the first session unscathed at 67/0.

England have put on their longest opening stand in the first innings of a home Test since 2009 ????https://t.co/qQc1V6pQCg | #ENGvNZ pic.twitter.com/yUlyuOjxYv

The post-lunch session saw a resilient New Zealand side fight back with a vengeance and England stuttered as a result. Matt Henry was on fire in the second session and extracted plenty of swing to break the opening partnership with an out-swinger.

Zak Crawley’s poor run of form continued as Henry picked up his wicket without costing the scoreboard. Joe Root was greeted by a raucous Edgbaston crowd but was unable to do justice to the applause and also departed for a single-digit score.

Rory Burns refused to throw his wicket away, however, and stuck to his task with commendable authority. The southpaw brought up his fifty before tea and was England’s batting mainstay as New Zealand clawed their way back into the game at the other end under Edgbaston’s cloudy skies.

New Zealand will be the happier of the two camps with that session.

The runs have come for England but with 4 top order wickets, New Zealand have set themselves up nicely for the final session of the day.

New Zealand were in no mood to relent and Trent Boult came into his own in the third session. The Kiwi spearhead dismissed the well-set Rory Burns before adding to James Bracey’s debut misery in the next over. Olly Stone survived the hat-trick ball before stitching a resilient partnership with Dan Lawrence.

After a shaky start to his innings, Lawrence presented his versatile quiver of strokes and fought back against New Zealand’s persistent attack. The English batsman brought up his third Test fifty in the final hour of the day’s play and spared the hosts’ blushes.

Dan Lawrence took Trent Boult on in the last few overs of the day and added crucial runs to England’s total. The hosts crossed the 250-run mark after New Zealand took the new ball and gave the Kiwis a run for their money in what was a fairly even session.