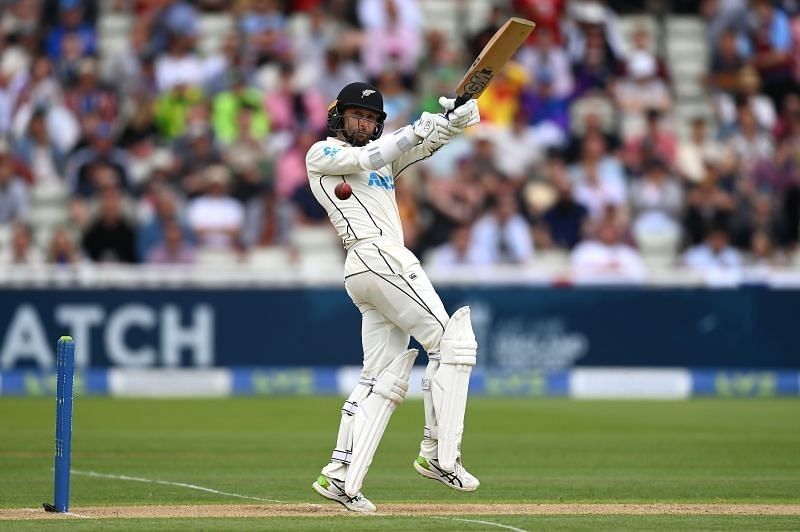 ​New Zealand seized the initiative and took full toll of England’s tiring bowling attack on the second day of the Edgbaston Test match. England had their moments of the joy throughout the day but were unable to prevent the Kiwis from eating into their lead.

Stuart Broad and James Anderson bowled with their trademark accuracy and did their part to further England’s cause. Devon Conway and Will Young did brilliantly to put New Zealand in a strong position and made sizeable contributions to the Kiwis’ total.

Mark Wood and Dan Lawrence decided to have some fun in the morning session on day 2 and struck a fair share of boundaries to keep the Kiwis on the field. Matt Henry bounced back with Wood’s wicket, however, and Trent Boult did the rest to bundle England out for a respectable total of 303.

New Zealand have bowled England out for 303!

New Zealand got off to a positive start before Tom Latham was outfoxed by the in-form Stuart Broad. Devon Conway played his shots with aplomb and also survived a freak run-out scare to remain at the crease.

Broad was bowling at his best in the morning session and thought he had Devon Conway’s wicket after the opener edged an excellent delivery to Zak Crawley in the slip cordon. Much to Stuart Broad’s agony, however, the New Zealand batsman was spared his blushes by a fortuitous soft signal from the on-field umpire.

New Zealand overcame their early struggles in emphatic fashion after lunch to reduce England’s lead to 173 at the stroke of Tea. England started the session well but were worn down by Conway’s tenacity and Will Young’s patience on a steady Edgbaston pitch.

Mark Wood was brought in to unsettle the Kiwi batsmen but a visible drop in pace from the speedster saw New Zealand add to their tally. The hosts had to resort to spin in a bid to amp up their over-rate and Conway eased past the 50-run mark for the second time in only three innings in Test cricket.

Stuart Broad troubled New Zealand in the first session and returned with his second spell towards the end of the second session. Conway and Young stood firm, however, and were able to bring up their 100-run partnership before tea.

Devon Conway’s technique is excellent & his recent record across formats is superb - but jeez, he looks so at home at this level. Labuschagne 2019 Ashes vibes. #ENGvNZ

Devon Conway was in an attacking mood and enjoyed himself after tea with some eye-catching strokes. The Kiwi batsman succumbed to one of his trademark strokes, however, and fell short of a well-deserved century.

Will Young, on the other hand, was in no mood to give his wicket away and stitched an important partnership with the experienced Ross Taylor. The duo were put through a litmus test as Stuart Broad and James Anderson worked in tandem to peg the Kiwis back.

The match took an unexpected twist in the final over of the day as Dan Lawrence made his mark with his first-ever Test wicket. Will Young fell to the last ball before stumps, leaving Ross Taylor unbeaten on 46 at the end of the day’s play.

Lawrence gets Young in the final over of the day! ☝️