EURO 2020: Netherlands-Ukraine. Match Preview, Prediction and Where to watch 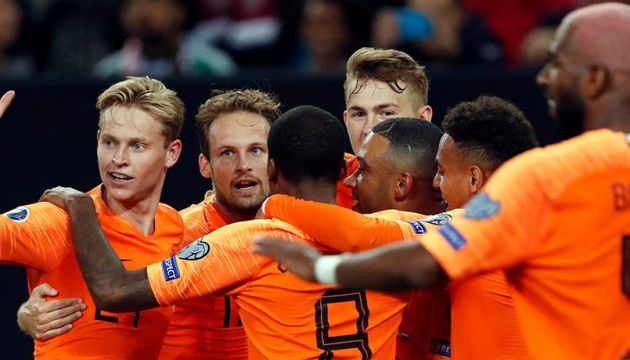 This Sunday evening Netherland faces Ukraine in their first fixture for Euro 2020 group stage. Thirty-three years from their last success in European Championship, Netherland is still looking for their second European trophy. Placed in a group with North Macedonia, Ukraine, and Austria makes them the main contender to go through the group stage. The last time when Netherland has won a match in European Championship was in June 2008. In Euro 2012, they lost all three group matches and lately failed to qualify for Euro 2016. Thus, to break the negative series without winning, Frank de Boer’s men must win this game. Netherland qualified as second of Group C (1st Germany) with 19 points in 8 games (W6, D1, L1). This is the third appearance in a row in the European Championship for Ukraine, but they never went further than the group stage. Ukraine qualified in Euro 2020 as first of Group B with 20 points in 8 matches (W6, D2, L0), where they left behind champions of Euro 2016, Portugal, with 17 points. Andriy Shevchenko said that their main goal is to make it to the playoffs. But can Ukraine manage to qualify for the playoffs? This Sunday evening, all eyes on Johan Cruijff Arena (Amsterdam).

Ukraine and Netherland have faced each other only two times in friendly games. In 2008 Netherland won 3-0, and in 2010 both teams didn’t go further than a draw 1-1. So, let’s see what the third match between them has in store for us.

Headache for Frank de Boer, as his Centre-Back Matthijs de Ligt seems to be questionable for Sunday’s match due to groin strain. Also, Virgil van Dijk earlier had confirmed that he would not play for Oranje this EURO 2020 due to an anterior cruciate knee ligament injury since last October. Without the two defenders, things seem somehow complicated for Netherland. However, for Ukraine, all players are fully fit and ready for Sunday.

Netherland looks to win their first match in a European Championship since 2008, and Ukraine will try to seize the opportunity that the Netherlands plays without the two main defenders. A match that worth more than three points, and everything is open. Ukraine has drawn four with the result 1-1 and won two in the last six matches. At the same time, Netherland has scored at least two goals/match in their last six games. With Depay, Luuk de Jong, and Steven Berghius Oranje looks like a goal machine. A possible win of the Netherland has 1.60 odds on Bet365; the game ends in a draw 3.60, and Ukraine win 6.50.