Telstra appoints former KPN CEO to the board 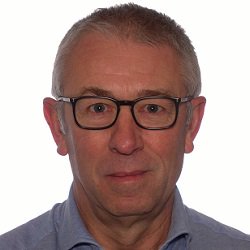 Blok, who will also be a member of the nomination committee, will stand for election at Telstra’s annual general meeting later in the year.

He started his career in a finance role at KPN in 1984 and has served in various corporate and management positions until being appointed as CEO in April 2011.

“The need for turnaround at KPN has many similarities with Telstra’s journey and we believe he will bring great value as we continue to execute on our critical T22 strategy,” Mullen noted.

“Over the past year we have been recruiting some very talented telecommunications professionals, adding to the wealth of experience we already have on the board. Eelco will add to that significant depth given his recent telecommunications experience and the similar challenges facing operators around the world.”

Ooredoo Myanmar has announced that its current chief executive officer Vikram Sinha (pictured) will take up a new role as advisor to Indosat Ooredoo’s CEO.

Vikram will also be joining the board of Ooredoo Myanmar as a director, according to a company statement.

Alok Verma, the current chief commercial officer of Ooredoo Myanmar, will be acting CEO until a replacement is appointed, the operator added.

Vikram joined Ooredoo in 2014 as CEO of Ooredoo Maldives before taking the helm at the group’s Myanmar operations in 2017.

Reality and dreams of mobile finance

Reality and dreams of mobile finance