The global ride hailing market is undergoing a reformation phase. The market has remained hot with frequent announcements of geographic expansions and exits, funding and IPOs, investment in food and tech startups, and much more. The focus is such that investment behemoths and leading automotive OEMs are closely following developments and placing their bets carefully.

At one point in time, US-based Uber – then the only global ride hailing firm – was looking for global dominance. But over the years the market has seen the emergence of regional players who are now challenging the industry veteran. While Uber did well in North America, Europe, and Oceania, it has faced challenges from local players in regions such as Latin America, Asia, Africa, Russia and the Middle East.

Uber wants to focus on core markets with a physical presence while also remaining invested in other markets through equity stakes. The strategy will soften the existing cut-throat competition with players undercutting each other while minimizing industry losses in each market exited by Uber so far.

On these lines, Uber has physically exited three major markets so far – Russia, China, and Southeast Asia. In Russia and China, Uber sold its operations to the local rivals Yandex and DiDi Chuxing, respectively. In Southeast Asia, Singapore-based ride hailing firm Grab announced the acquisition of Uber’s Southeast Asia operations in seven countries in March 2018. The logic for these exits are:

At the time, regional players were restricted within their geography. But lately, these firms have established their grip on their home markets and now they’re looking beyond continental borders.

China’s DiDi Chuxing is one such firm. It acquired Uber China in September 2016 and it remains heavily invested in ride hailing firms across the globe. Although the Chinese firm has been aggressive, it remains cautious of overreaching in its global investments, as it is also eyeing an IPO by end 2018 or early 2019. Below are DiDi’s key milestones beyond Chinese borders:

Uber’s India rival Ola is also looking beyond its own borders. In February 2018, Ola started its operations in Australia. It is believed that Ola is also weighing options for a few other markets including, UK, Bangladesh and Sri Lanka. Another ride hailing firm which moved beyond its home continent is Estonia-based Taxify. The company is now operating in Africa and Australia.

Access to cellular connectivity and smartphone affordability plays a pivotal role in evolution of the ride hailing sector. During 2018-2020, India, China, Sub-Saharan Africa, developing Asia and Latin America are expected to account for ~85% of the new mobile subscribers. Most countries in these regions are already running 4G LTE networks, so we can expect higher smartphone penetration as the cost of smartphones declines. This is important as smartphones are used as the primary tool for booking a ride.

Access to technology, along with various other socio-economic factors are expected to work in favor of ride hailing firms in these regions. In China and developing Asia, DiDi and Grab have left limited space for other players. This shifts the focus to countries such as India, Brazil, Mexico, and African nations (such as Egypt, South Africa, Nigeria, Kenya, Ghana, and Uganda), which look promising as the market evolves.

India, Sub-Saharan Africa and Latin America are too important to be ignored by Uber and other ride hailers for various reasons:

Access to technology across geographies and smartphone affordability will play a key role for evolution of the ride hailing industry. The adoption along with market maturity, will help management executives evaluate new countries for overseas expansion.

Meanwhile, IoT and 5G will open new revenue streams in existing mature markets. Therefore, geographic expansion is just one piece of the puzzle, as these firms are actively investing in different avenues, from food delivery to bike renting.

Overall, the industry can expect to see some of the best examples of business innovation and transformation within the ride hailing ecosystem over the next ten years. The agility of management teams to adapt and diversify taking full advantage of available technologies will determine the survival of ride hailing firms.

Hanish Bhatia is a senior analyst with Counterpoint Technology Market Research, based out of Gurgaon (near New Delhi) 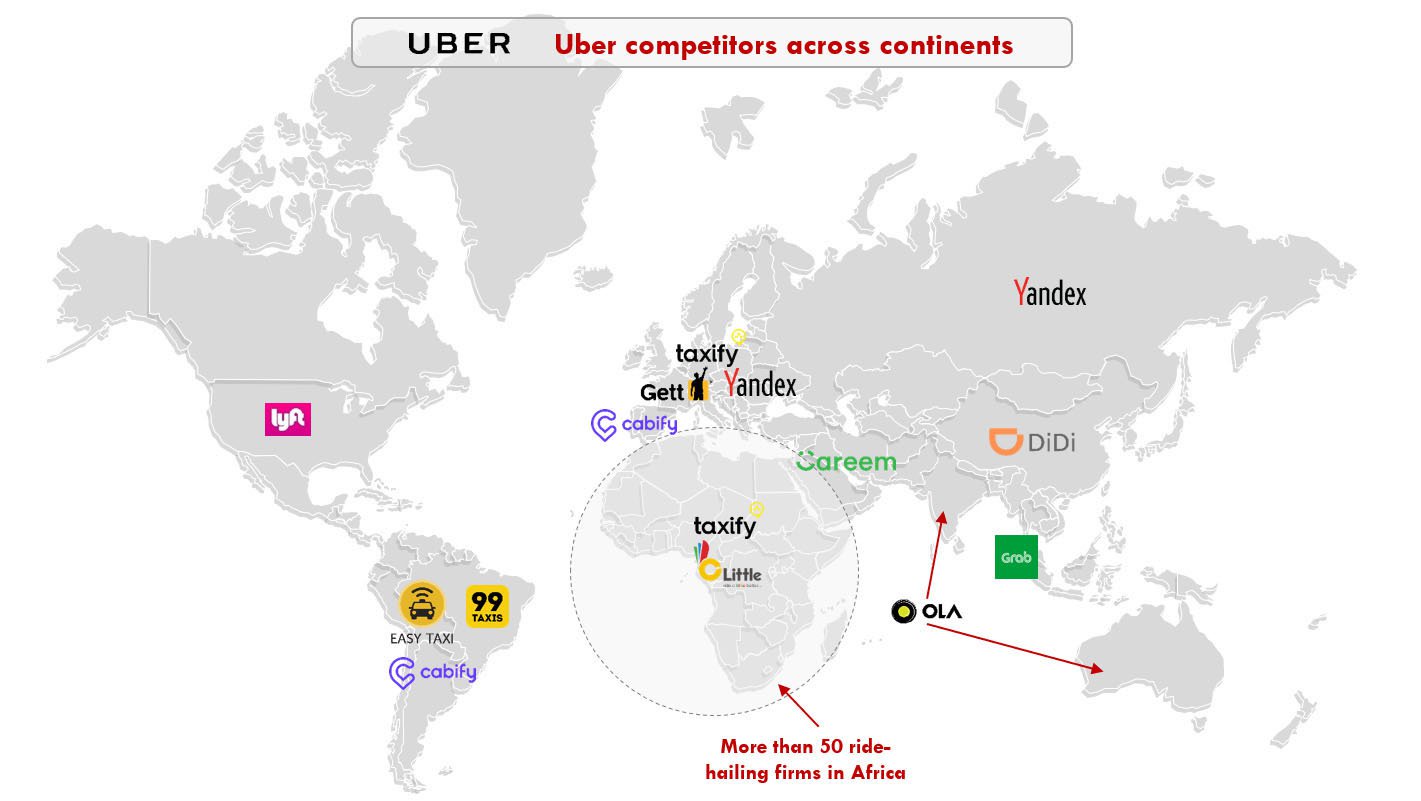