Internet usage continues to grow steadily, driven by an increasing number of connected devices and by new and data-hungry services and applications. This continuous growth, both in terms of quantity of information to convey and performance and reliability of the connectivity, creates a demand for an improved internet experience: more speed, more mobility, more resilience and more security.

There is a growing community of telecoms operators who are addressing this demand via the aggregation (or bonding) of several internet access links, using similar or heterogeneous underlying technologies.

Researchers, including several from Université Catholique de Louvain (UCL) in Belgium, have designed, implemented and standardized a new internet protocol: Multipath TCP (MPTCP) - an evolution of TCP. In addition to having greatly contributed to the definition of this new protocol, the UCL researchers were the first to develop a prototype software solution in 2014 for industrial applications embedding this new standard.

Indeed, the results obtained with the prototype were promising: in residential use, a combined throughput of over 100 Mbps was demonstrated on existing equipment by aggregating a DSL connection (70 Mbps) with a mobile 4G/LTE connection (40 Mbps). Much higher speeds are also achievable. Since the addressable market is very large, the decision to create a new company to turn that prototype into a commercial solution for telecom operators became obvious.

Tessares, a spin-off from the UCL, was founded in March 2015 by Professor Olivier Bonaventure, head of the laboratory in which much of the MPTCP research was conducted, and Sébastien Barré and Gregory Detal - two senior researchers who contributed most to the development of the prototype. The company’s CEO and 4th founder member is Denis Périquet, who has extensive industry experience in the telecoms world.

In June 2018, Tessares entered the Asian market via business development firm AccelerAsia, and is targeting the Southeast region, where it sees massive applicability for its technology solution among telcos. 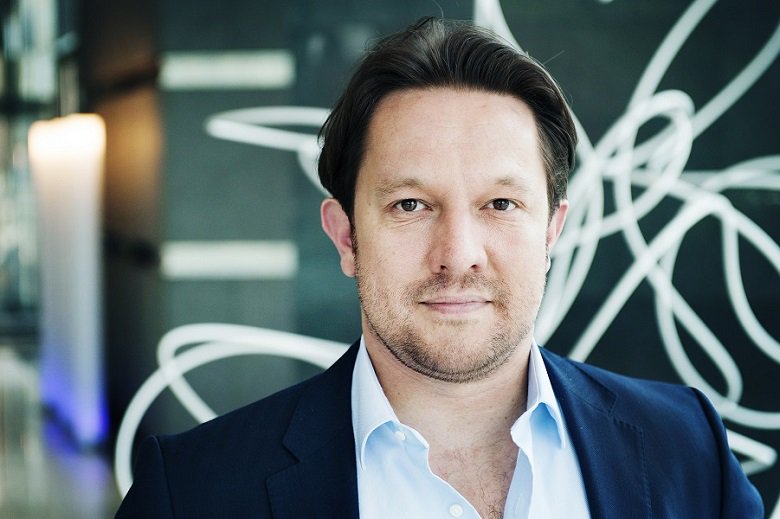 In an interview with Tessares’ CEO Denis Périquet (pictured), Telecom Asia talks about the details of the technology that he believes is set to revolutionize connectivity - especially in emerging markets.

Telecom Asia: What are the challenges that telcos face today?

Périquet: One of the challenges that some of the fixed operators have is how to deliver a better user experience to more customers - especially in areas where it is difficult to deliver higher speeds.  It is sometimes hard for some operators to meet the universal service obligation set by the authorities within a reasonable time frame at an acceptable cost. There are other challenges such as how to compete better, how to reduce churn, how to deliver better OTT video and premium content to more people.

How does the MPTCP work?

Until recently, when you connected to the internet, you were using a single network. MPTCP enables people and companies to connect to more than one network at the same time and to use both networks simultaneously for the same application, thereby increasing the download and upload speeds. As an example, when you download a picture, a part of the image will come over one network, and the other part will come over the other network.

Typically, the pilot phase takes about 4 to 6 weeks. If the operator decides to fully deploy the solution, it takes 6+ months.

Are there other companies using MPTCP?

Yes, it has been standardized and more big players are adopting MPTCP. Apple, for instance, integrated MPTCP into iOS 7. It was limited to the Siri application initially, but now it has been opened up to more third-party applications for iOS 11.

We also see Korea Telecom, one of the most advanced operators in the world using MPTCP, and we see other big players heading in that direction. For Korea Telecom, they took the open source code that Tessares had already developed and integrated it into their system and developed it further on their own for a smartphone-based aggregation solution combining 4G and WiFi.

We have built our business on top of that open source code, and have additional pieces of software and additional intellectual property that we license to operators.

Is MPTCP a competitor to 5G?

No, because we can combine any type of networks. We see 5G as a very nice new network with which we are able to aggregate, so we don’t see it as a competitor but as a new potential network addition to MPTCP. We can combine 5G and 4G/LTE for instance, 5G and WiFi, 4G/LTE and satellite or WiFi - any type of IP based network can be combined.

Is MPTCP a competitor to 4G/LTE fixed wireless access?

No, MPTCP enhances fixed wireless access by improving the efficiency with which the operator’s network is used and providing new user features such a backup feature with the 2nd Internet link improving significantly the reliability of the connection. MPTCP is a further step towards fixed / mobile convergence.

How is the telco market evolving?

There is strong and rapid evolution in the telco space - it is being driven increasingly by software rather than by equipment, and that’s the direction we have taken. We also see more access networks being made available to the end-user, but these networks should be agnostic – it shouldn’t matter if you are connecting through DSL, WiFi, 4G/LTE, satellite, etc.

The goal is to be able to make the transition from one network to another seamlessly. There is a growing demand from new usage like 4K videos becoming mainstream, and an explosion in the number of devices that are connected all the time. Network infrastructure should support that growth, and one of the best ways of doing that is to make the network layer-agnostic.

Why is Tessares entering Asia, and what are some of the opportunities and the market gaps you see here?

We initially focused on Europe, because we are Europe based, and we waited to have a very stable product before expanding to other regions. We have now identified two regions in the world that we want to enter: North America and Southeast Asia. The latter is a very dynamic market, and mobile usage growth here is in double digits.

Better connectivity improves end-user satisfaction, reflected in the increase of NPS (Net Promoter Score) of telcos. This helps their brand and their underserved customers communicate. Many authorities and governments in Asia are particularly concerned, as they get complaints from their citizens on lack of connectivity.

Customer satisfaction is a great business case driver with a minimum of investment on the part of the telco. People expect fiber to be rolled out everywhere but it will take a lot of time. Additionally, fiber rollout is a square function of the distance - the farther away you are, the higher the price; you don’t want these customers to be left unserved for too long. It’s all about connecting such customers at an acceptable speed and cost.

Another driver that we see is that if you increase the speed, you might be able to deliver additional premium content to more customers and generate more revenue per user.

Customer service costs are reduced, as is customer churn. There is another financial driver that we see, which is how to maximize the existing network assets, because our solution is all about leveraging the investment that has already been made in the past.

Deploying new physical media across a country to deliver additional speed is a long and expensive process. Most operators start deploying fiber in the urban areas, the immediate ROI for which is very high. But when you need to build fiber for people spread widely over an area, the cost increases and the returns decrease - that is a difficult and complex equation to solve. The proposition is to address them in a very cost efficient way.