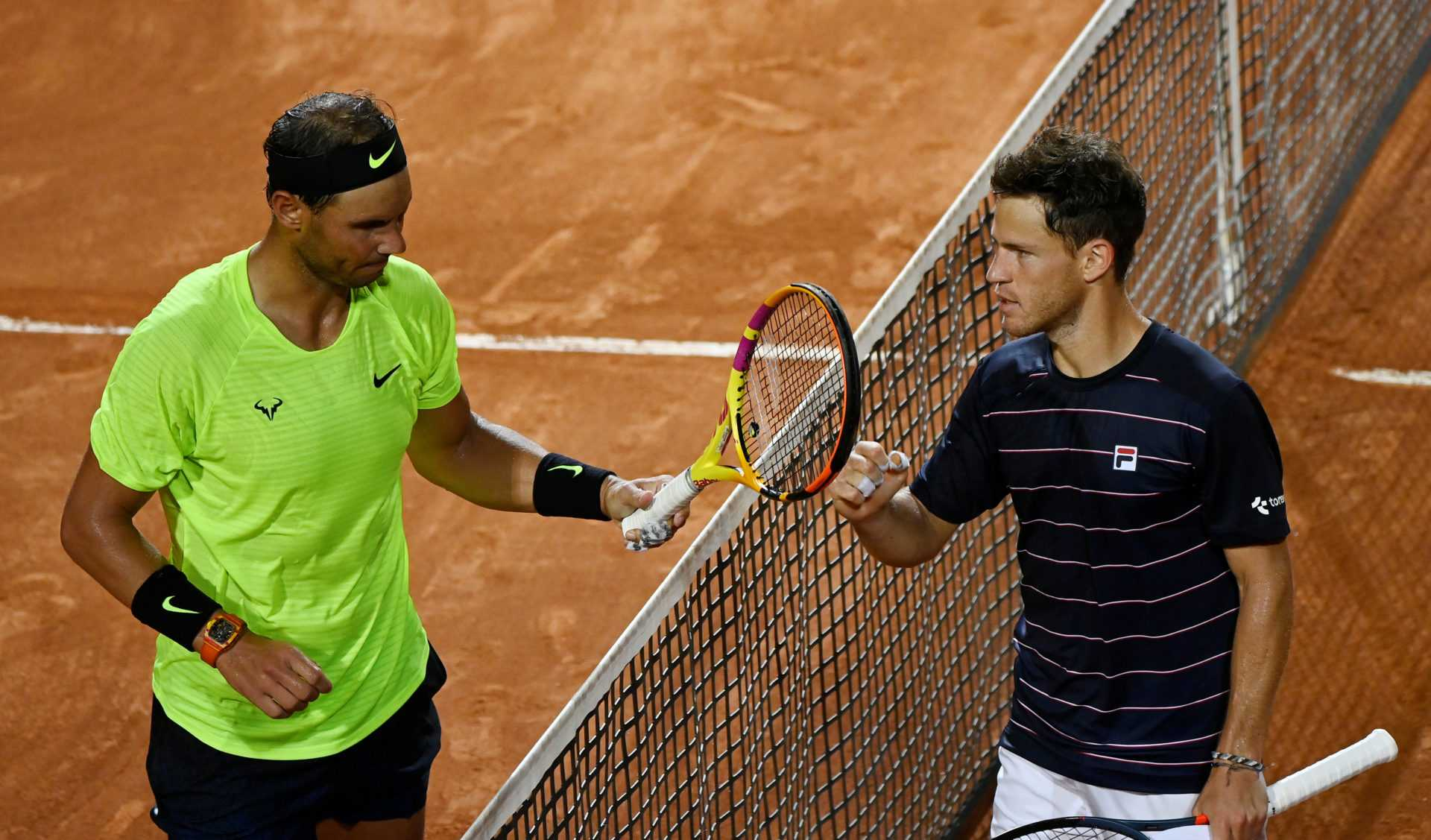 Will Diego Schwartzman repeat the success of the quarter-finals in Rome?

The quarter-final of the ATP tour puts on challenge Rafael Nadal and Diego Schwartzman. The king of clay, Rafael Nadal, is looking to improve his absolute record by winning for the 14th time the French Open title. Passing through four rounds without losing a set confirms that he is the number one contender to win this tournament. On the other hand, the Argentine Diego Schwartzman ( #10 ATP ranking) is passing a great form lately as he comes in the quarter-finals without losing a set. It is the third time for him in the quarter-finals of Roland Garros and fifth in total for Grand Slams. But can Schwartzman go further and reach the semi-finals? Everything may happen.

In 2013 in Mexico, Nadal and Schwartzman played for the first game (Nadal won 2-6, 2-6). Since then, both players have played ten more times. In total, Nadal has won 10 games and Schwartzman only one. The only win for Schwartzman was last September when he surprisingly eliminated Nadal from the quarter-finals of Rome.

Nadal is the favorite to win this game, as all head-to-head matches have been dominated by him (except one). So, bookmakers pay 1/20 for Nadal's win and 10/1 for Schwartzman's win. It will be hard for Schwartzman to win even one round, as Nadal has been unstoppable lately.