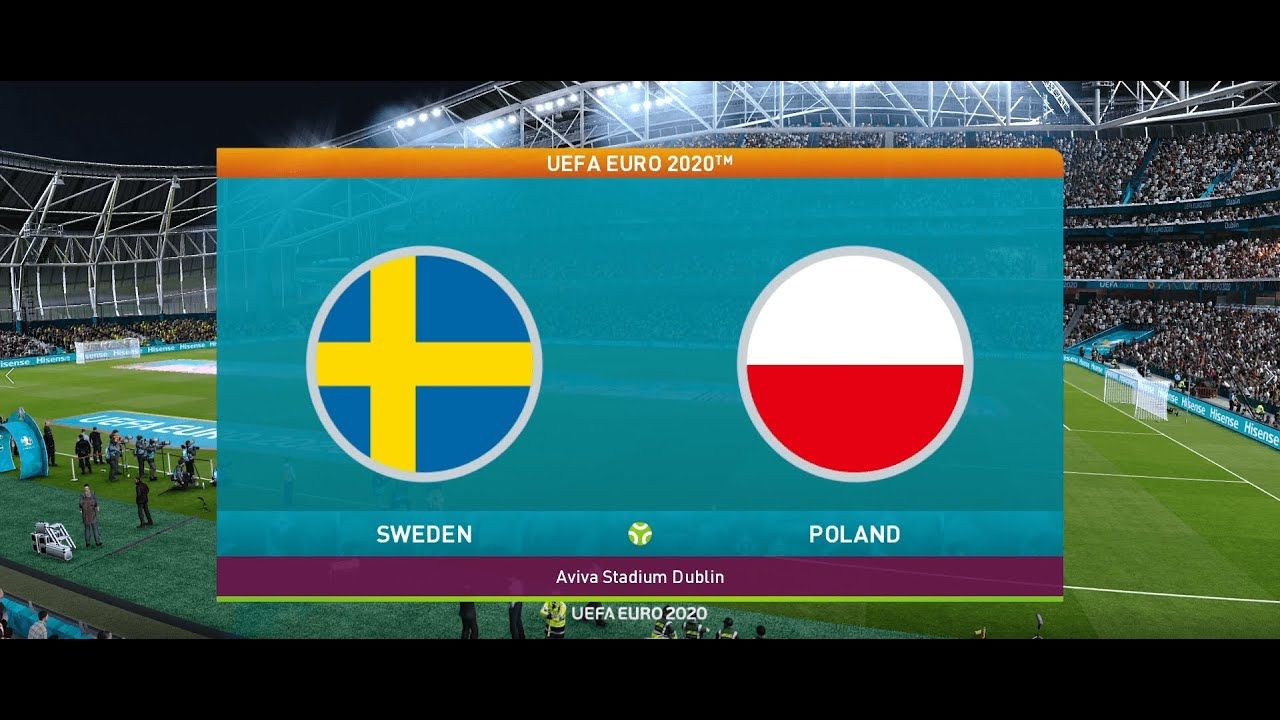 Group E of EURO 2020, the last round puts Sweden and Poland against each other. Completely different situations in the group for them. Sweden comes from a draw 0-0 with Spain and a narrow 1-0 win with Slovakia to take the command of group E. On the other hand, Poland lost the opening game against Slovakia 2-1 and managed to secure a hard-fought draw against Spain 1-1.

They will desperately look only for a win here, seeing that any other result means they are out of the event. Sweden is much more relaxed because they have already secured a Top 3 finish, and with 4 points, they are already qualified. However, a win here would mean the top of the group, and finishing the group without any defeat will still be a major satisfaction for the Swedish side. It is a tough match for Poland, but they will try to do their best to get all three points here. We have to wait until these two sides go to action and learn the name of qualified teams of Group E.

Eight matches have been played between Sweden and Poland from 1974 until 2004. Only one game is international friendly, and the other ones are for EUROs qualifiers, World Cup qualifiers, or World Cup. Poland has won their first match 1-0 for the World Cup second stage, and since then, it has been Sweden with an impressive seven-win streak, the last one in 2004. After 17 years, they play again versus each other, where Poland will try to improve the stats against Sweden. Sweden will look for another win to make it 8 in a row.

Sweden goes as a complete team in this match with all the convocated players available to help their team. Unfortunately, the only player who misses this game for Poland is Jan Bednarek, who will not play, because of a thigh injury. The player played 84 minutes against Spain.

A tough match for both teams. Sweden will play more relaxed, out of pressure, and this is a good thing for them. For Poland is something else. They know that only a win can qualify them, so the pressure is on their side. However, Poland has great players to handle the pressure perfectly, so winning this game will not be impossible. As for Livestream, you can watch the game on CT2, beIN Sport (Fra), beIN Sport Max (Fra), M4 Sport, Magenta Sport (Ger), Makedonia TV, NPO 1, PRO X, Sport TV (Por), SRF, TV3+, TV4 (Swe), TVP 1, TVP Sport, Viaplay (Den), YLE Areena, YLE TV2. For the odds, you can check Bet365, William Hill, Or 1xBet.