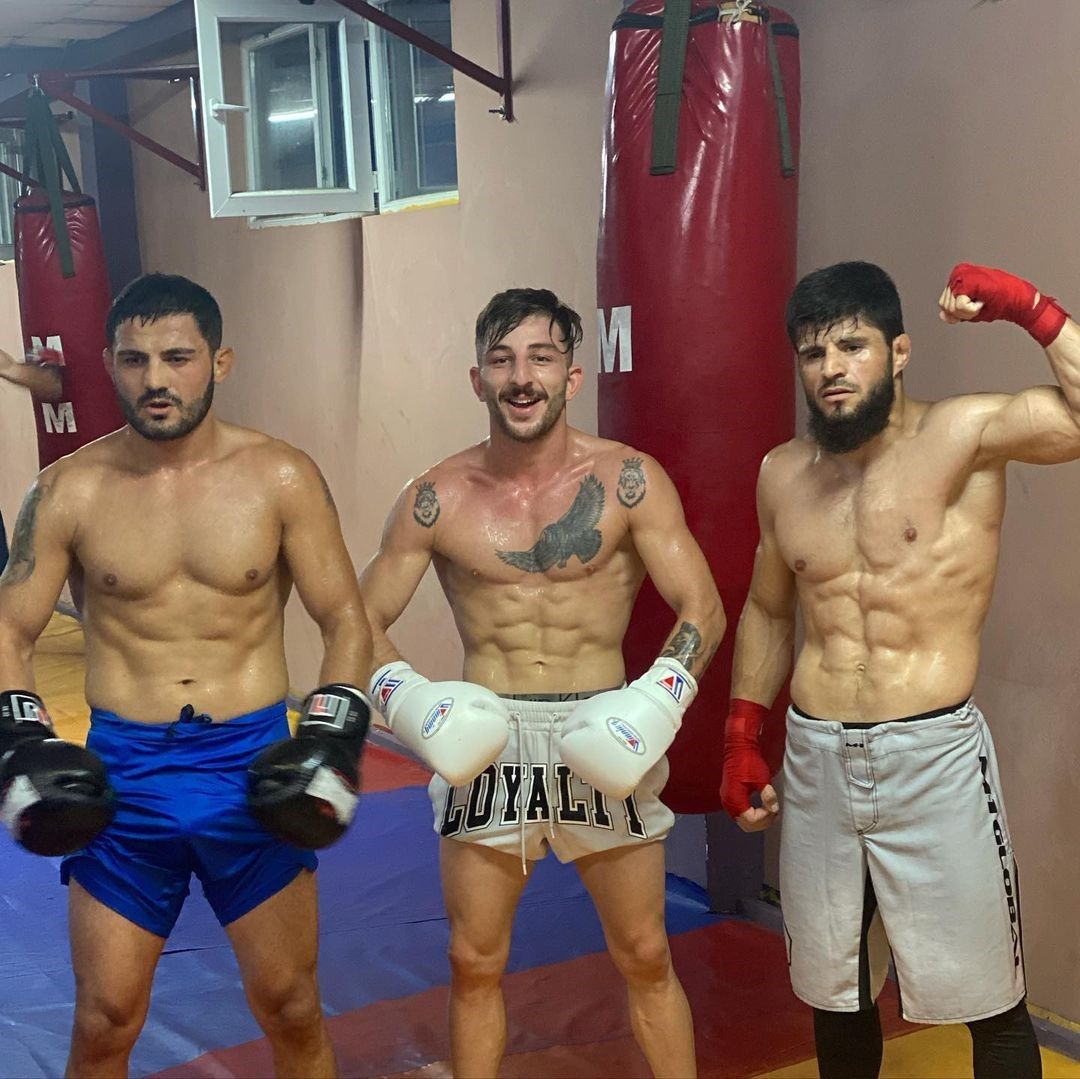 In the recent period, Georgian fighters really took over MMA. Eight fighters are already in the UFC from this tiny country, whose population is nearly 3 million. Most of them are very successful.

The last Georgian who celebrated the victory inside the cage is Giga Chikadze, who defeated the Brazilian legend Edson Barbosa. Also, Merab Dvalishvili, in the top 10 of the bantamweight division in the UFC. Ilia Topuria is an undefeated young prospect from Georgia who earned three victories in a row in the UFC and remains a top15 ranked featherweight. Guram Kutateladze defeated the Polish fighter and KSW double champion Mateusz Gamrot. Roman Dolidze, whose record is 3-1 in the UFC. Liana Jojua is former fight night global champion and newly signed Zviad Lazishvili, undefeated with the record 13-0-0. LFA bantamweight champion.

Georgians are taking over the ACA promotion, too.

Levan Makashvili, Rauli Tutarauli, and Vazha Tsiptauri will fight in the same card at ACA 128 in Minsk, Belarus, on September 11.

All of them represent the "Guram Fight Club"; they are very close by natural weight and perfect sparring partners for each other. We’ll talk about Levan Makashvili in our next article, so let's discuss others.

Raul Tutarauli is a very experienced fighter with a record of 26 victories and six defeats. He has been fighting in Georgian promotions, M1- Global, Chinese promotion, Abu Dhabi, and many others. He is a former Kickboxing world champion, which is obvious. Nineteen out of his 26 victories are via KO. In his debut in the ACA, it took only 14 seconds for Raul to finish his rival. He landed a great uppercut, knee combination, and finished his rival on the ground. Unfortunately for him, he suffered defeat against a very well-known opponent for Georgians, Aurel Pirate. Roman fighter defeated Raul in the second round via Submission Guillotine Choke. It was Raul's 3rd submission defeat in his career. He is preparing for his debut in the featherweight division against Plamen Bachvarov (9-3-0). These athletes were supposed to meet each other in 2020, but this bout was canceled. Both fighters were 70 KG whole career, but now they will face each other in 66KG. From my point of view, Raul will win via first-round KO.

Vazha Tsiptauri is a young prospect from Georgia. Twenty-two years old, Georgian's record is ten victories and one defeat only. He suffered his only loss in his early career. He was fighting in the M1-Global for two years and earned five victories. He made his ACA debut in 2021 at ACA 121. Against veteran Kanat Keldibekov. Kanat had an excellent start, but Vazha is famous for his fight IQ. He changed the plan quickly and defeated his rival via unanimous decision. At this event, he will face another very experienced fighter, Ruslan Abiltarov. Twenty-nine years old Ukrainian fighter has 23 victories and 10 defeats. The last time, he fought at ACA 113 and defeated Farrukh Adzhiev via Submission Triangle Choke in the first round. Vazha base sport is Georgian traditional martial art "Khridoli," he is also Kickboxer who learned BJJ on a high level. He can knock people out or submit them. I think Vazha will defeat him and goes for the title.