Iga Swiatek vs Alize Cornet Wimbledon 2022: How and where to watch online for free, 2 July

We have seen Wimbledon going at an incredible rate and we are already in the depth of the Second Round in a few days. These Grand Slams go at a fast pace it seems and there is a lot of action around and most games have been intriguing so far. The first two rounds saw some upsets but in the overall scheme, the top-ranked players have gotten it done. In this Third Round Game, Iga Swiatek is going to clash against Alize Cornet on 2 July. Iga comes into the game after saving blushes in the second round as she beat Lesley Kerkhove 6-4, 4-6, 6-3. Meanwhile, Alize Cornet took down Claire Liu in the second round, winning 6-3, 6-3. Will Alize be able to break her Grand Slam curse?

How to Watch Iga Swiatek vs Alize Cornet?

BBC has continued to host the major rights for broadcasting the Wimbledon Games for viewers in the UK. For those who are in the USA, ESPN and ESPN + will be the ones to showcase the Grand Slam. EuroSport has been presenting the games in European nations. To those who live in the Indian subcontinent, Star Sports is going to show the game. If you want to catch the game online, Hotstar is the way for Indian subcontinent viewers whereas Fubo, Sling TV, and Hulu TV are acting as the international streaming platforms. 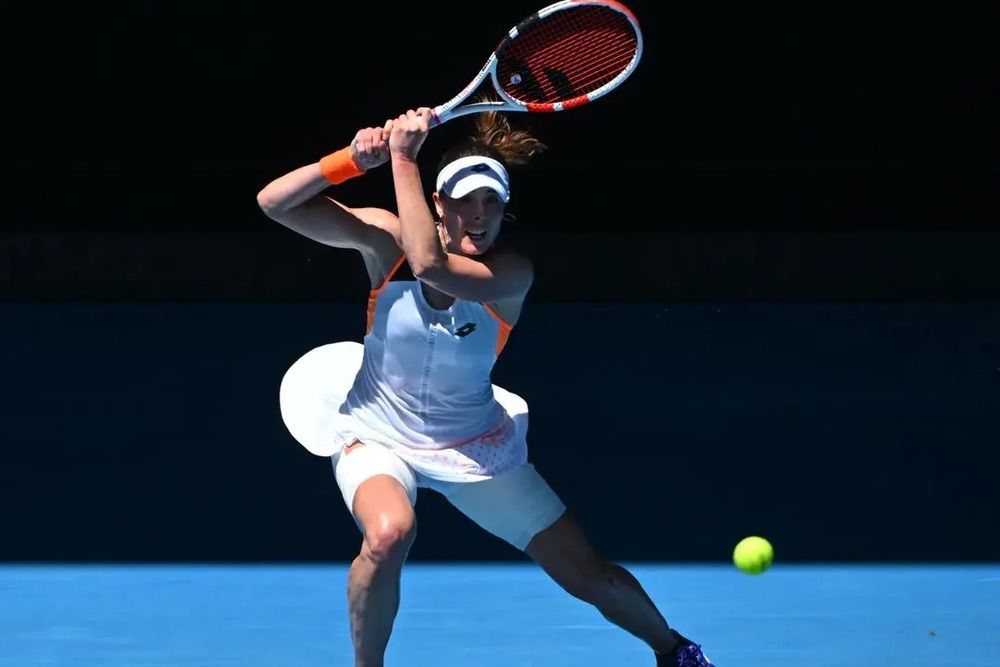 Iga Swiatek: A bit of a hiccup but she got the tools

In her last match-up, Iga looked a bit off in the first two sets. Her usual serve game wasn’t there and she wasn’t being as aggressive. For some reason, the speeds were slower and the strategy was all over the place. Despite Lesley Kerkhove committing 10 double faults, the game went to the third set. The scoreline read 6-4, 4-6, 6-3 in favor of Iga and she did came up with a win but is she at her best?

That game was unlike her game against Jana Fett who got dominated thoroughly. Swiatek’s competition level is about to hit another level here and she will need to recover her earlier dominating nature. Her backhand and forehand speed are perhaps the fastest among all women players where she is on top and grass suits her well, but when she will take on higher-ranked players, she can’t afford last game’s lapses.

Alize Cornet comes into this game after defeating Claire Liu 6-3, 6-3 in the second round. In that game, she had an amazing first serve% of 73 and had 78% win on the first serve. Alize was also successful in breaking the serve of Liu and had 4/5 breakpoints in the last match-up. The match turned in her favor when she was able to win five games in a row which served a decisive role for sure.

Cornet’s impressive start came when she defeated 27-seeded Yulia Putintseva 6-3, 7-6, and in that game, Alize was able to break Yulia’s serve continuously. Alize is a terrific player on grass and she was looking in great rhythm during Eastbourne International which had a grassy surface too. Alize is a 32-year-old athlete but she has never won a Grand Slam before. Her best performance in Wimbledon has been a Fourth Round appearance in 2014.

Who will win the match between Iga Swiatek and Alize Cornet?

Although Alize has not been threatening in Grand Slams against elite players, she has a lot of experience and will enter the tournament with a strong claim. However, she has drawn perhaps the toughest match-up in the form of Iga Swiatek who can recover after a so-so showing in the Second Round, and against an opponent like Cornet, her senses for accomplishing higher things can tingle at the peak. This will be the first meeting between the two athletes.

Iga enters the game with highly favorable odds of 1.19(1xBet) which is not a surprise. Alize comes in with a low chance.

How will this game go? Will it end quickly? Will it be a prolonged affair? I believe this can stretch out, deep into the second set or even to a third set. I believe the total will be “Over” 19.5 which has the odds of 1.95