Jan Lennard-Struff vs Carlos Alcaraz Wimbledon 2022: How and where to watch online for free, 27 June

Eyes glued to the best!

Wimbledon is going to feature the top talents and it is a shame that aces like Daanil Medvedev, Aryna Sabalenka, Roger Federer, and Alexender Zverev will not take the court. But Carlos Alcaraz is surely going to take the court as he battles it out versus Jan Lennard-Struff in the First Round, in a game that will take place on 27 June @ 04:15 PM(+03:00 UTC).

How to Watch Jan Lennard-Struff vs Carlos Alcaraz?

As expected, the official broadcaster for the Wimbledon will be the regular one in the UK by the name of BBC. The USA viewers can catch wonderful battles on ESPN, whereas ESPN+ will also showcase some of the battles. For online streaming, Hulu TV, Fubo, and Sling TV are viable options. 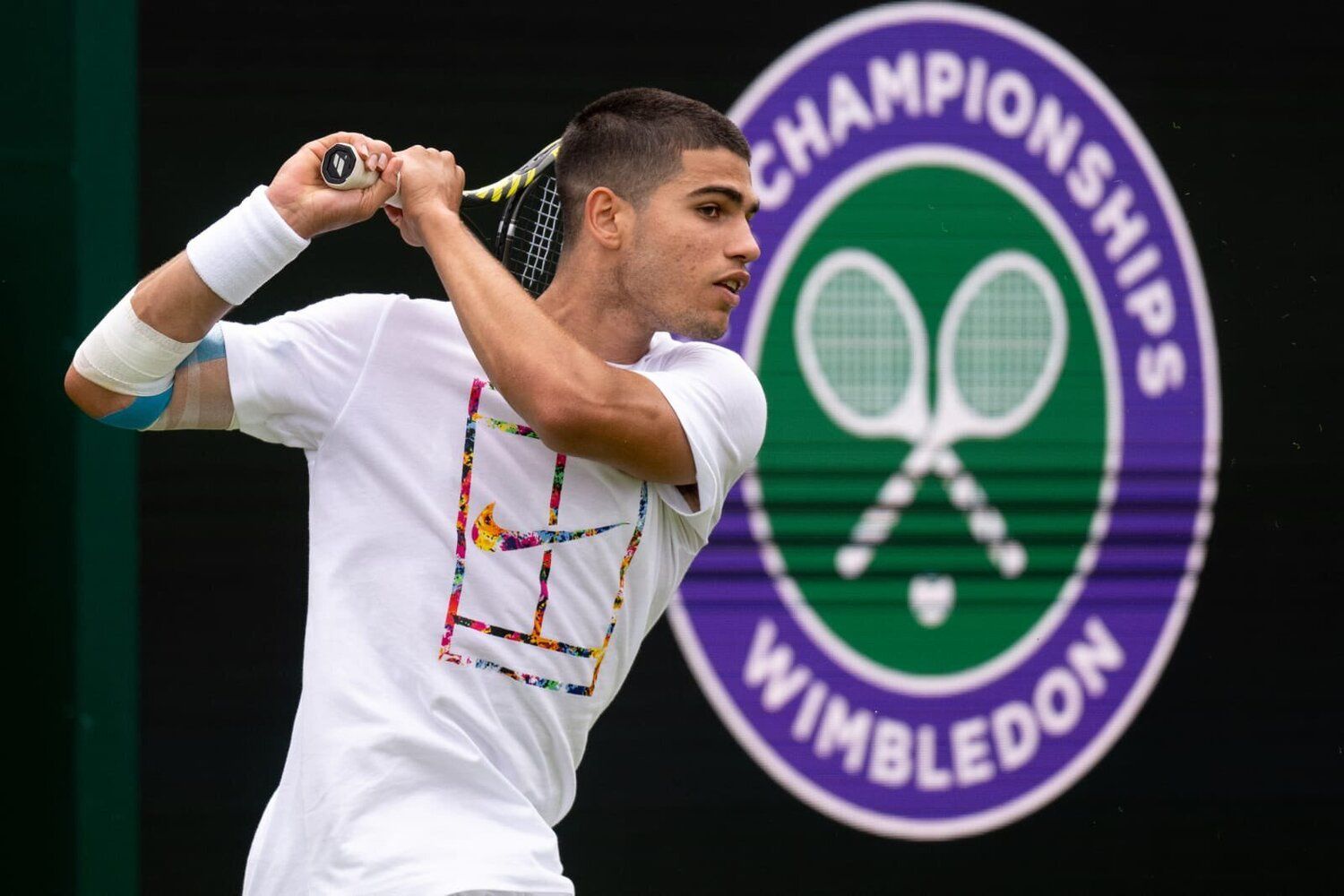 Standing at Six Feet Four Inches, Jan hails from Germany. He is ranked 158 and that comes after two years of the spell as he had achieved 29th rank in singles during August 2020. The German last played in Mallorca Open, losing in the first round versus Fernando Verdasco. During the Halle Open, Ilya Ivashka ended his campaign in a game that went to the last set. He did beat Marcos Giron in the first round of the Stuttgart Open but lost in the second round against Lorenzo Sonego is a grueling battle.

His last Grand Slam was the Australian Open, where he was beaten in the first round by Botic van de Zandschulp. Jan’s best game gets unlocked on Hard and Clay, where his win percentage is between 45-50%. However, his record on the grass hasn’t been all that impressive with a 36% win rate. Jan’s stocks have fallen with each month but he still gets to play in Grand Slams. How will it be this time around?

Alcaraz is just 19 years old and he has already left a deep impression on even stalwarts like Novak Djokovic. Alcaraz has been ranked seventh in the ATP rankings before entering the tournament and will enter the tournament as a fifth-seeded player. Carlos has been a top-ten player for a decent amount of time now. In his last tournament which was the French Open, the player made it to the Quarter-Finals and lost to Alexender Zverev in four sets. Before that, during the Madrid Open, he had been Zverev to win the tournament.

He also won the Barcelona Open beating his compatriot Pablo Carreno Busta. After a disappointing first-round exit in Monte-Carlo Masters, he had also won Miami Open after beating Casper Ruud. Although he is not considering himself one of the favorites and believes that this is not going to be his year. His record on grass suggests otherwise, where he has four wins and two losses record

Who will win the match between Jan Lennard-Struff and Carlos Alcaraz?

Jan has not been at his best when playing on the grass and he prefers slower surfaces. Meanwhile, Carlos has a stronger forehand than him and on a surface that will offer a pace, that is going to play a decisive role. There is a reason why Alcaraz has drawn comparisons to stalwarts like Rafael Nadal and Novak Djokovic. But it feels weird that he doesn’t consider himself one of the favorites, is he short on confidence? What is up? Interestingly, Carlos and Jan have met once and Jan ended up beating the young Spaniard. It was during the French Open when Jan got the win. This time around these two will meet on grass for the first time.

Despite having a one-nil advantage over Carlos, Jan has been given the odds of 3.48 to nab a win which means Carlos will enter as the clear favorite with the overwhelming odds of 1.33.

The amount of success on grass can bolster their confidence of Alcaraz but he had said that “this surface” may not be for him. I don’t know why he said it and if he is a safe bet. I believe Carlos will nab this win in three sets and with a substantial difference. The handicap of -4.5 in his favor has the odds of 1.92, I’d rather go for a win by at least 7 games(Handicap Carlos Alcaraz Garfia -6.5 for 3.1)