Jule Niemeier vs Anett Kontaveit Wimbledon 2022: How and where to watch online for free, 29 June

The Grand Slam gets more intense!

As we head deeper into the Wimbledon, the intensity of the games is only going to pick up. The Grand Slams have a festive feel around them and when we have the Wimbledon, a tournament that is the oldest Slam, oh boy, it is like a celebration of the game’s history. In the second round of the Wimbledon, Jule Neimeir will take on Anett Kontaveit on 29 June. Niemeier defeated Xiyu Wang in the first round in two sets while, on the other hand, defeated Bernarda Pera in two sets. Can Jule even force a third set against Kontaveit?

How to Watch Jule Niemeier vs Anett Kontaveit?

BBC has grabbed the official rights for broadcasting the Wimbledon Games for viewers in the UK. When it comes to the viewers in the USA, ESPN and ESPN + will be the ones to broadcast the British tournament. EuroSport has taken the rights as a broadcaster in European nations. For the viewers in the Indian subcontinent, Star Sports will display the game. For streaming enthusiasts, Hotstar is an option for Indian subcontinent viewers whereas Fubo, Sling TV, and Hulu TV are international streaming platforms. 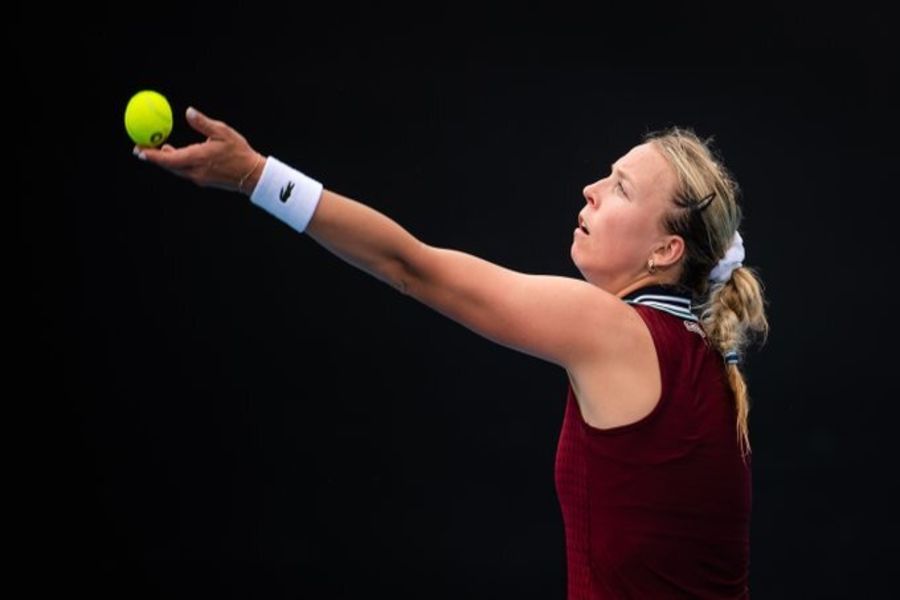 After entering the tournament with a rank of around 94. While she didn’t have to undergo Qualifiers, her chances of making it through the first round weren’t clear-cut either. However, she faced Xiyu Wang in first round, someone who is ranked around 100 and it wasn’t a surprise that Jule was able to make it through the first round. She took the first set 6:1 while Xiyu forced a bigger fight but still lost 6:4 in the second set.

Anett Kontaveit: One of the WTA Elite

Anett has carved her way as one of the most successful women’s tennis players in the world and since last year, her performances have been stunning. This is a woman who made it Final of the Qatar Open but since then, her performances have fallen a bit. She lost in the first round of the French Open against Ajla Tomljanovic and got ousted in the First Round of the Italian Open. She lost in the third round of the Stuggart Open and her campaign ended prematurely during Miami Open.

During the first round of the tournament, Kontaveit engaged in an engrossing battle against Bernarda Pera. Pera made Kontaveit work hard for the first set win and in the 12-game affair, Kontaveit took the first set 7:5 but in the second set, she made short work of Pera, winning 6:1. Kontaveit had six double faults which is a concern but she also had 5 Aces. Anett won 45 service points compared to 30 by Pera.

Who will win the match between Jule Niemeier and Anett Kontaveit?

It is clear that despite achieving the second rank, Anett must feel the void of not having a Grand Slam, her track records during which have been rather questionable. She is likely to breeze through in the initial rounds and it can certainly be the case when she squares off against Jule Niemeier. Jule did a great job in the last game but the speed of Anett can be too much for her to deal with. I believe Anett will get some initial resistance but will pass through this round.

Jule has been given the odds of 2.94, which may look unfavorable but the bookmakers at 1xBet do give her a slight chance. Without a surprise, Anett has the odds of 1.43 in her favor to win it all.

Usually, when there is such a big disparity between the two opponents, it is expected to be a short game. In this case, however, I see Jule forcing a relatively longer game, not saying that she’d win but I believe she may force the third set. That is why I “lean” towards going Over 20.5 which has the odds of 1.81 as per 1xBet