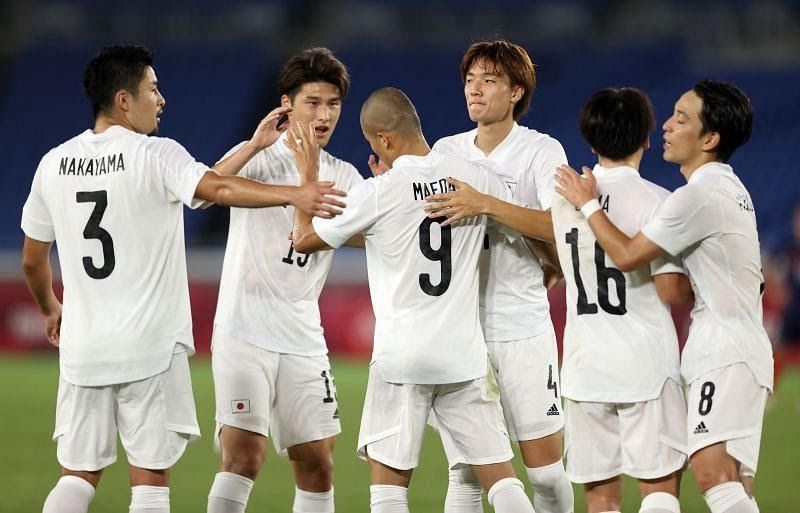 The Olympic Games quarter-finals will take place this Saturday, with eight teams seeking to leave with a medal from this tournament. Japan will host New Zealand at Kashima Soccer Stadium for the semifinals ticket. They come to this stage after an impressive performance in the group stage. They won all the group matches, although they had strong opponents such as France, Mexico, and South Africa.

Japan started their journey in Group A with two wins against South Africa (1-0) and Mexico (2-1) and an outstanding 4-0 victory over France. A victory that even the Japanese could not have imagined in their most beautiful dreams. As fate put them against New Zealand (not a difficult opponent), Japan seems to be one of the favorites to get a medal in this tournament.

On the other side, New Zealand stunned everyone with their qualification in Group B after making an impressive win against South Korea (1-0), losing against the weakest team Honduras (2-3), and drawing against Romania (0-0) in the last match. Four points were enough for them to advance for the first time to the quarter-finals of the Olympic Games. Now we have to see if they can make the big surprise against Japan, too? Or OlyWhites will be happy even with quarter-finals.

No previous head-to-head records exist between these two teams, so it will be the first time for them to face each other this Saturday.

Both teams come to this match with all players fully fit for the quarter-finals. Takefusa Kobo (3 goals) will lead the Japanese attack, while for New Zealand, Chris Wood will seek to surprise Japan as he did against South Korea.

Japan comes as the favorite team to win this match. New Zealand see themselves for the first round in the quarter-finals, which may be an achievement for them already. Young talents such as Callum McCowatt, Joe Bell, or Elijah Just will try to repeat the same performance as they had against South Korea. It is only one game, and everything may happen. However, Japan playing at home will have an extra motive to get a ticket for the semifinals. The players' quality is far better than New Zealanders'. But it would be good to score in the first minutes of the match to manage the result and avoid penalty shots. Japan has scored at least one goal for seven consecutive matches, and it will be hard for New Zealanders to keep a clean sheet.

Even for bookmakers, Japan has more chances to go through, and the odds for a possible win of Japan are 1.20 against 15.00 of New Zealand.

We invite everyone to watch this match Livestream on Discovery+, Eurosport, BBC One. You can also watch the match and check the odds even on betting platforms like Bet365, William Hill, 1xBet.

Prediction: Brazil and over 3.5