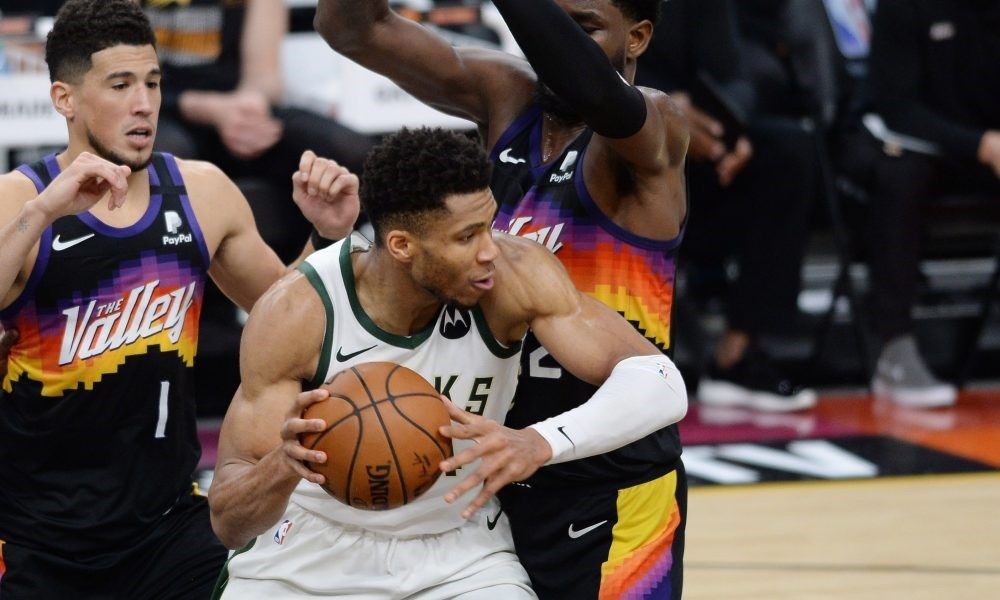 Milwaukee Bucks will take on against Phoenix Suns this Wednesday for the 6th round of the NBA Playoff Final. After receiving a precious win in Phoenix Suns Arena, they now have a great chance to be announced as the NBA 2020/2021 Champions. The road to arrive at the Finals has not been easy for the Bucks. They have faced strong teams like Miami, Brooklyn Nets, Atlanta, and finally Phoenix Suns. After a disappointing start against the Suns, they finally were able to recover with three straight wins. The most important win was on Sunday when they won on Phoenix Arena with 119-123. Bucks had a bad start to the match. In the first quarter, Suns were up ahead with 16 points. In the second quarter, things turned around in favor of the Bucks. All the players were on fire, with 68% Field Goals. With six three-pointers and 11 two-pointers, they were able to score 43 points and to finish the first half with 3 points lead (61-64). The Bucks performed excellently in the third quarter again, with 71.4% Field Goals, four three-pointers, and 11 two-pointers. At the start of the fourth quartier, they were up ahead of the Suns by 10 points, and they were able to manage the result.

The match's best player was announced G.Antetokounmpo with 32 points, nine rebounds, and six assists, following by Middleton 29 points and Holiday 27 points. On the other side, Phoenix Suns come to this match with three straight losses. The loss against the Bucks in Phoenix Arena made things even more difficult for them. Chris Paul hasn't been in his top form in the last three games. An average of 16.6 points in the last three games has made things even more difficult for his team to collect a win against The Bucks. In the last match, an excellent performance of Devin Booker with 40 points was not enough to help his team win the game. Crowder's disappointing performance with 10 points, Bridges 13 points, and Payne 6 points led the Suns to lose. Will we have a game 7 in this crazy NBA Playoff Final? Or will the Bucks win and lift the trophy at their home?

Phoenix Suns come to this match with one player injured. Dario Saric will be out due to a knee injury. He was injured in the first leg of the playoff finals against the Bucks. On the other side for the Bucks will miss D. di Vincenzo due to a foot injury. He has been out of the last 18 consecutive games for the Bucks. 2 more players will not be able to play in this match. T.Antetokounmpo will be out due to illness and Merrill due to an ankle injury.

Three straight losses have made things even more difficult for the Suns. Bucks now play at home, and with the great support of the fans, they have now the opportunity to be the NBA champions. All Milwaukee players come to this match very motivated due to 3 consecutive wins. Both best players of this team, Middleton and Antetokounmpo, have been in great form in the last two games. Everything can happen in this match. Mistakes aren't allowed for the Suns because the price would be so high. If Suns wins, they will play the final game 7 in the Pheonix arena. If they lose, the Bucks will be named the NBA Champions of 2020/2021. Odds talks in favor of Milwaukee Bucks, as a possible win for them, has 1.50 odds. Meanwhile, a win of Phoenix Suns has 2.70 odds.