For many people and even some players who claim that the Regular Season is irrelevant, the First Round of Playoffs once again signifies the value of finishing at a high rank. How so? Well, all the teams that made it to the Semi-Finals in their respective Conferences finished from first to the fourth rank and that alone says a lot about why a sustained rhythm during the 82-game season is vital and why a team needs to finish the season on a high. Even with the new plans to transform the play during the NBA Regular Season and shorten the window, it will always be crucial, hey, it is what determines the rankings after all! And now, let us look at how the eight series of the First Round panned out.

Bet on NBA Second Round Games 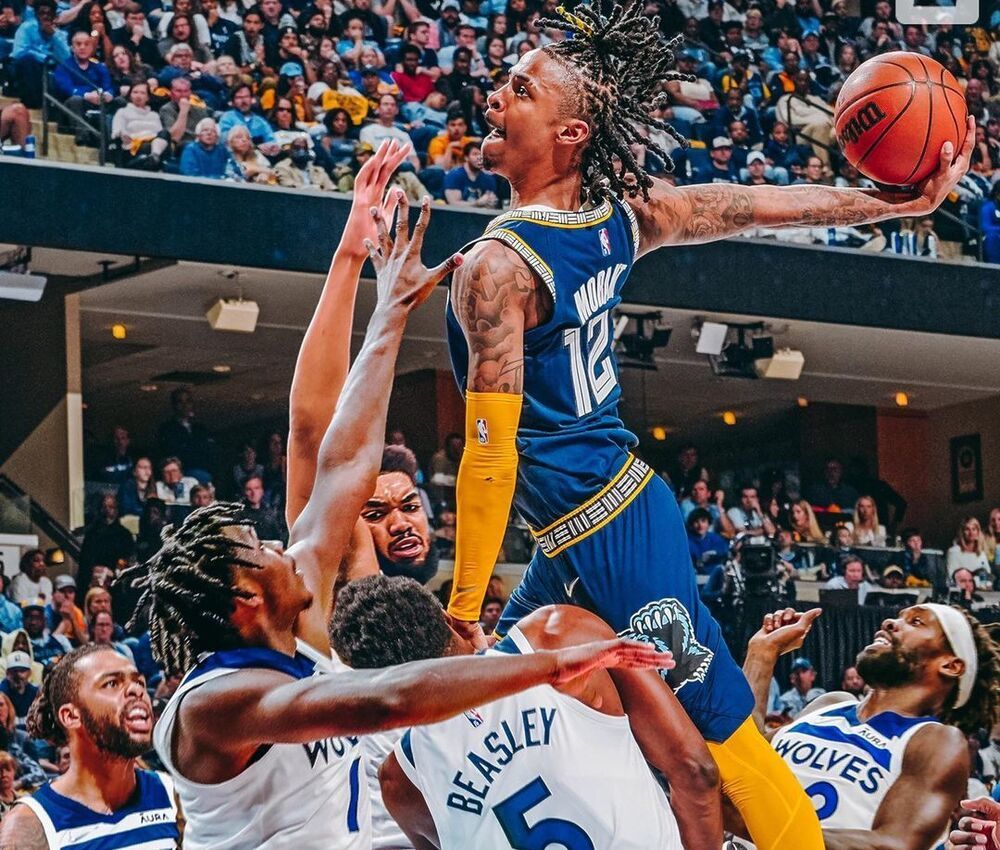 The Celtics were among the most elite teams in the second half of the season and Tatum and co. can claim that they did were the ones that ousted the Kyrie and Durant-led Nets in the first round. All games were decided by seven points or less which means it wasn’t a blowout happy-fest for the Celtics but a full-blown battle from first to last game. The first game came down to Kevin Durant missing a three with a few seconds to go while Tatum sealed the game with a layup.

Tatum scored 29 or more in three of the four games, often making late shots and on the other hand, the elite Celtics defense shut down the duo of Irving and Durant. Durant was forced to commit 16 turnovers in the first three games, was held to around 30% shooting and although he sprinkled 39 in the last game, it was too late. Irving exploded for 39 points in Game 1 too but was limited to 20 or below in the last two games, thanks to the elite Celtics defense once again. 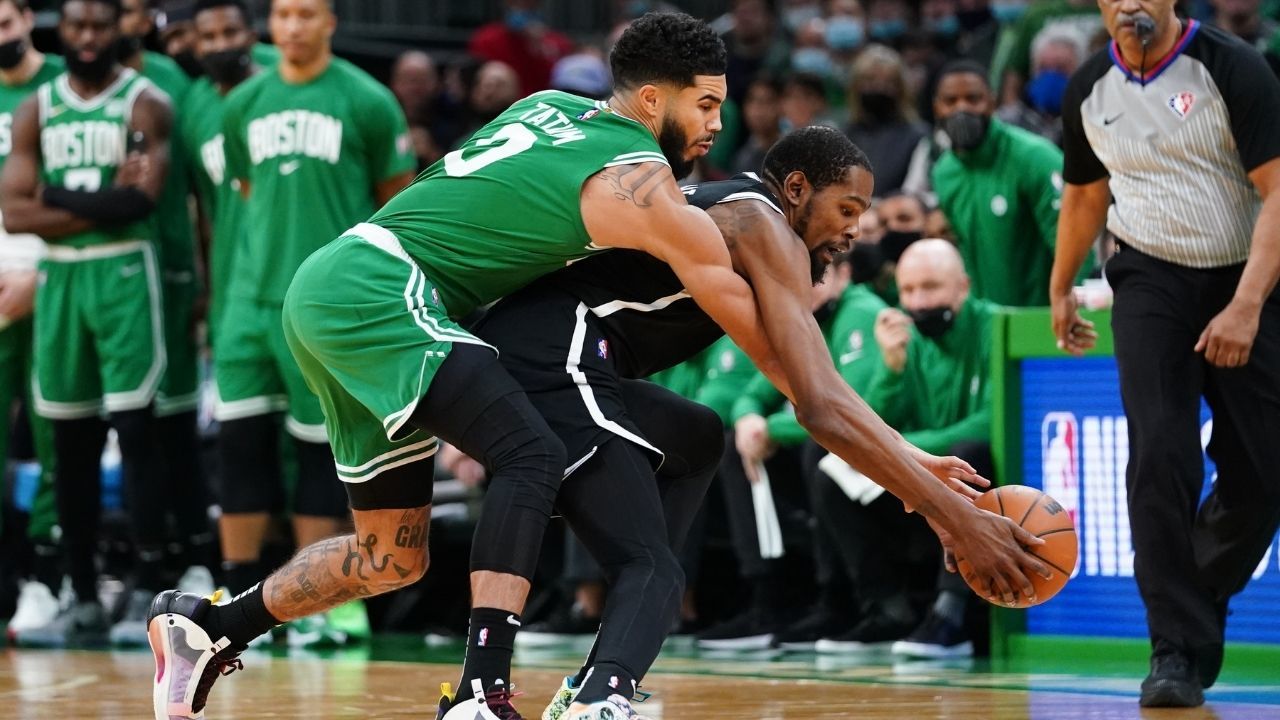 It took a tough floater by Trae Young in Game 3 to clinch the only win of the series for the Hawks. And perhaps that would be the only saving grace for Young in the series as he whittled to the double-teaming, switch-heavy defense of the Heat. The elite scorer shot 29.0% from the field overall and made just 16.7% from the three-point line while committing 6.2 turnovers per game, more than his 6 assists per game, baffling! He was completely taken out of the game and as a result, the Hawks were shot down below 100 in three of the five games.

On the other hand, the Heat weren’t all that efficient from the field themselves but thanks to an inspirational effort by first Duncan Robinson in Game 1 who cracked in 27 points but more largely, 45 points and 36 points night by Jimmy Butler, the Heat were able to overcome their own offensive shortcomings as Bam Adebayo also struggled majorly to get going while Tyler Herro had a terrible series too. The Hawks were not able to create many chances non the offensive end and they were unable to even get close to the Heat during most of the games.

Underdog performer: DeAndre Hunter: Averaged 21.2 Points Per Game and had 35 in the last game. 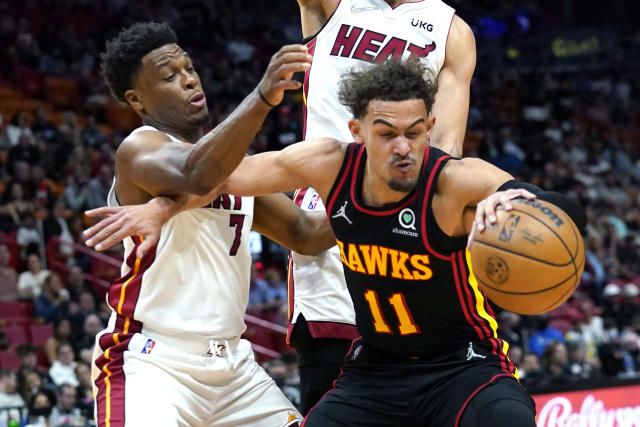 When you allow Grayson Allen to put up 20+ points in back-to-back games on your home floor against a team led by Giannis, kiss your chances goodbye. The series perfectly captures the second half of the season for the Bulls who were unable to get by elite teams time and time again. They were unable to stay alert on the defensive end, their iso-heavy offense was exposed and it was a team that was unable to show any fight after giving away a double-digit lead.

Surely they missed Lonzo Ball, who addresses the pace of the game, can knock down the outside shot, help out on the rebounding end, provide hustle, and also act as a playmaker. DeRozan and LaVine’s iso style was exposed by the Bucks team that has both length and athleticism to counter teams that don’t move the ball around much. The Bulls showed a spark in Game 2, taking a four-point win but the rest of the series was a painful one indeed like the second half of the season, with brief sparks but overall disappointment. 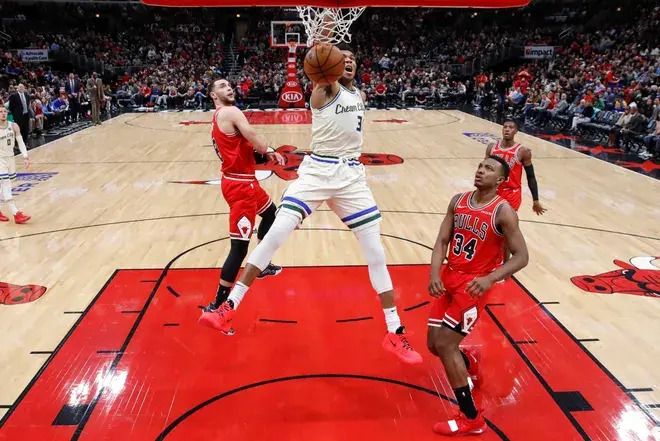 Giannis Antetokounmpo dunking over the Bulls

Surely, the Nuggets weren’t with their defensive anchor Michael Porter Jr. and offensive threat Jamal Murray, but when you face a team like Nikola Jokic, there is a chance of a strong fightback. However, the Warriors made a short work of the Nuggets in the first two games, first, an imposing 16 points win and then a 20 points victory. From there on, the intensity picked up. The Nuggets didn’t see a dominating performance from Jokic in the first two but he had a lot to offer from there.

The trouble was that unit around Jokic was shaky though, he scored 30+ in two straight games but Barton, Gordon, and Morris, the other key scorers were way too inconsistent. And when you face a team that has shooters like Curry, Thompson, and Poole, you at least need two scorers who can keep up with the shooting threats. The Warriors' defense was able to pull through mostly due to the presence of Draymond Green. 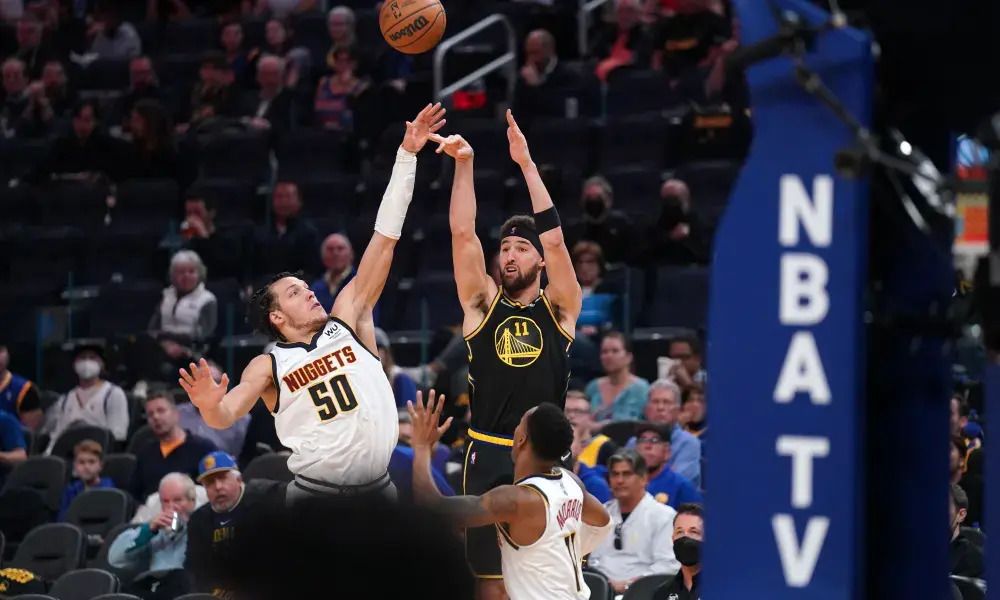 The 76ers defeated the Raptors in six games and they had taken a three-nil lead at the jump. The Raptors' offense never really got into a rhythm and most of their players struggled to hit a high percentage. Fred Van Vleet was hampered by injury and with Gary Trent Jr’s consistent scoring troubles, they needed him to be a big factor. Pascal Siakam had a couple of strong games but he looked off-color too. And when your major players are unable to hit a streak, there is not much hope in the Playoffs.

Joel Embiid cracked home 30 or more in three games and his ability to put up big-time numbers surely helped the 76ers mount a strong offensive attack as James Harden struggled to shoot beyond 40% during most games. Tyrese Maxey and Tobias Harris had their own strong nights and the 76ers blew out the Raptors during most of the contests. The 76ers were tough on defense and took advantage of the lack of Point Guard threat from the Raps.

Underdog performer: Danny Green scored 12 and 14 in Game 5 & Game 6, averaged 9 PPG, more than his 5.9 average during the Regular Season. 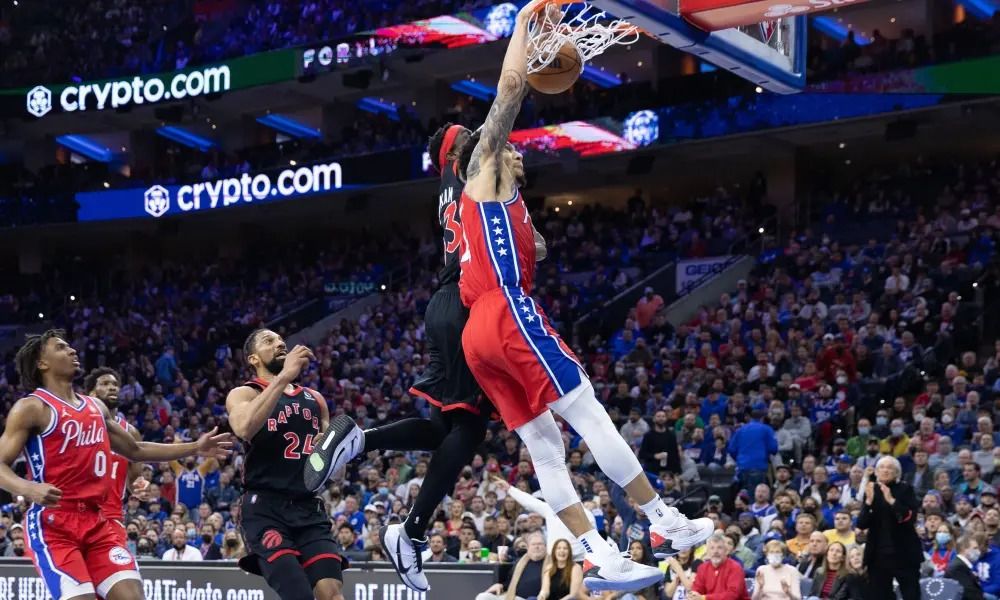 The Pels had a terrific season, to be honest. They gave the Suns a couple of hiccups and even tied the series two-two which meant that the Suns were in need to elevate their play. The key was simple; shut down Brandon Ingram. He had scored 30+ in Games 2 to 4, bringing in two wins in three games. The Game 2 win came when Devin Booker went down and the Pels made a strong comeback in the second half. In Game 4 too, the Pels rode the hot hand of Ingram and Valanciunas got it done.

But that was it for the Pelicans when it comes to winning. In Game 5, Mikal Bridges took control on both ends and poured in 31 games, also not allowing Ingram to get even near 30 points, job is done! Then in Game 6, the Pels were in store for a terrifying night by Chris Paul. He drilled all of his 14 field goal attempts. Chris dished 11 assists per game while turning it over less than two times a game, truly remarkable! The Pelicans' offense crumbled in the last two games and the Suns escaped with the series win. 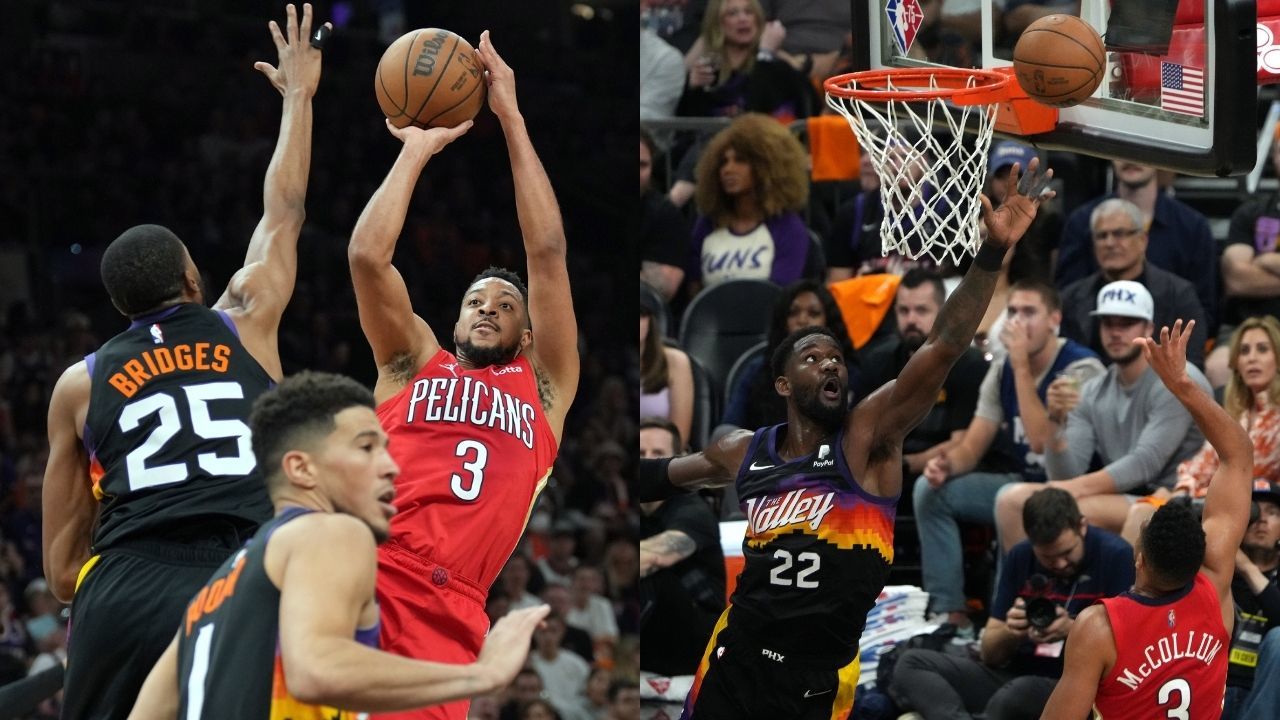 Mikal Bridges all over CJ McCollum

Mavericks played without Luka Doncic in the first three games. They lost the first game as the Jazz's rebounding and defense got their job done. But then Jalen Brunson showed what he is all about. He first drilled 41 points in Game 2, willing the Mavs to a 110:104 win to tie the series. The Jazz then received another Brunson jolt in Game 3 as he nailed 31 points and the Jazz got down one-two. In Game 4, Luka Doncic returned and the Mavs offense was unable to adjust, which made Jazz take a ton of advantage and escape with a 100:99 win.

Game 5 was different though. The Mavs took control of the proceedings and their defense completely shut down the Jazz. The Jazz shot terribly from three all series long, and received next-to-nothing from Conley in four games while they kept on playing some horrendous offensive possessions. The Mavericks’ elite defense combined with Doncic closed the business in Game 6 and the Mavericks garnered a close win. The Jazz had a disappointing second half of the season. 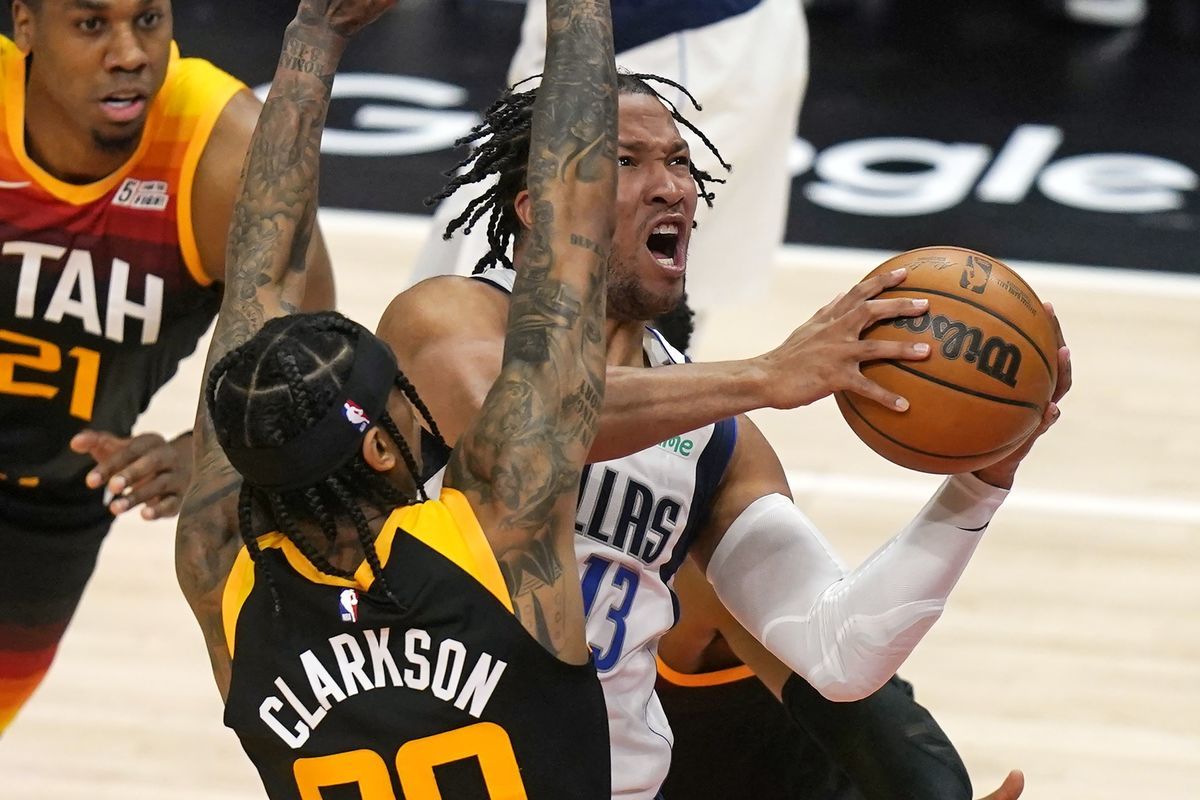 This was perhaps the most hardly fought series alongside the Jazz and the Mavs one. The Timberwolves took their great offensive rhythm in Game 1 as they won 130:117, it meant alarm bells for the Grizzlies. In Game 1, their defense was rusty after a long layoff and they needed some spark on the offense too. However, in Game 2, the Grizzlies shut the Wolves below 100. But it was Game 3, that will haunt the Wolves team for a long team. They were up by 25+ points with a few minutes left in the third quarter… They lost the game…

That loss didn’t deter Karl Anthony-Towns, who had a so-so start to the series but then willed the Wolves to a one-point win in Game 5 after racking up 33 points. The next game was close too but Ja Morant’s layup handed the Grizzlies a win and a three-two series lead. Then in Game 6, once again, the Timberwolves had built a 10 points lead before the Grizzlies turned the gears on and proved too hot to handle late in the game. Brandon Clarke surely played a huge hand for the Grizzlies. 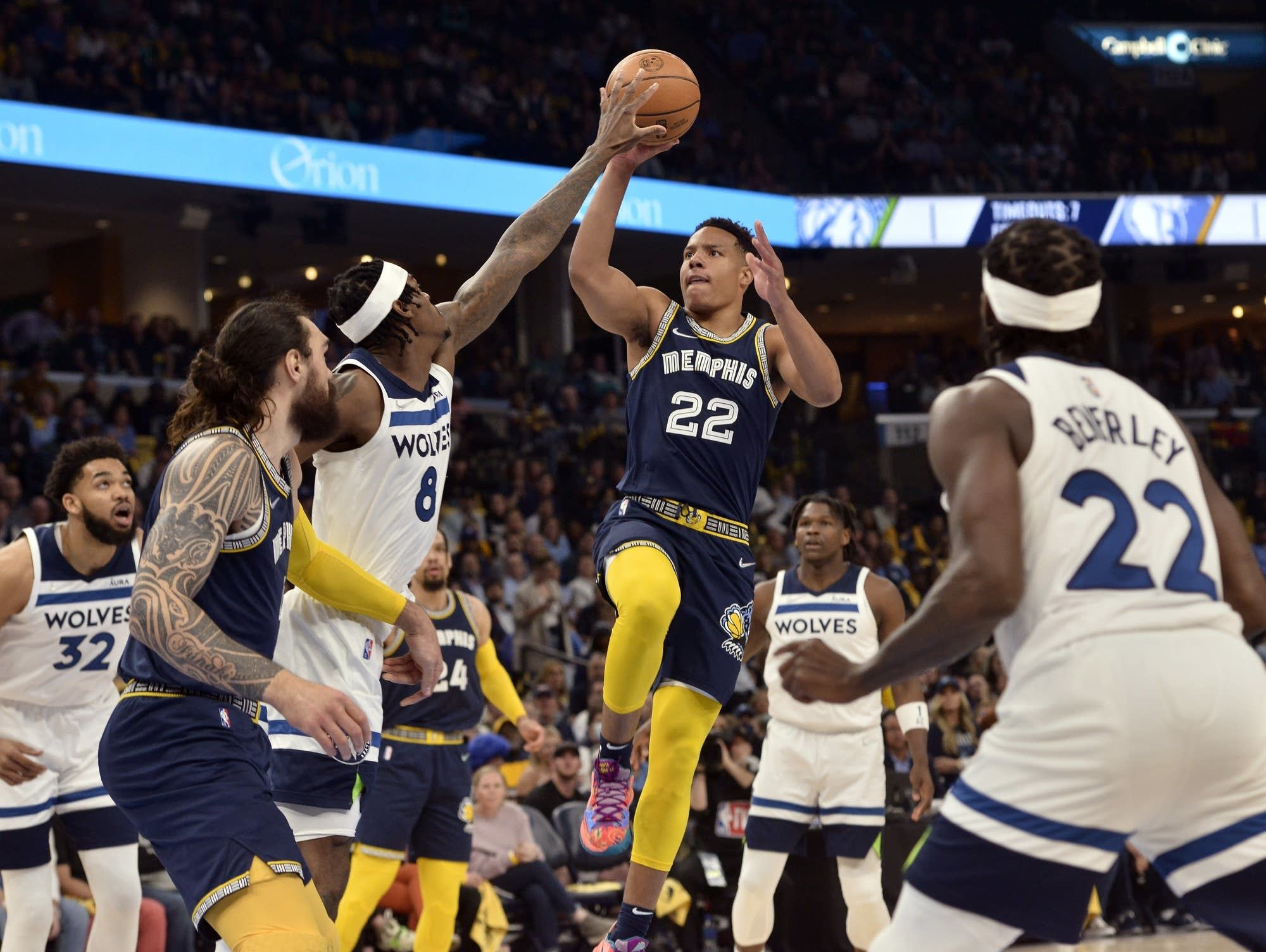