Simona Halep vs Amanda Anisimova Wimbledon 2022: How and where to watch online for free, 6 July

Wimbledon has moved on to a great angle right now and we have delved into the final stages of this Grand Slam. This has been a great tournament once again and we have seen multiple upsets as well as assertions from the top talent repeatedly. This is an exciting window because we are just a couple of days removed from learning about the finalists. And in this Quarter-Finals game, Simona Halep will take on Amanda Anisimova. Halep had a destructive win against Paula Badosa with a 6-1, 6-2 line. On the flip side, Amanda defeated Harmony Tan 6-2, 6-3. Halep has run through the competition and has yet to drop a set during Wimbledon. Amanda has done a great job of winning from behind and she has kept her nerves throughout the competition. Who will come on top in this exciting battle?

How to Watch Amanda Anisimova vs Simona Halep?

BBC has once again taken the mantle to broadcast Wimbledon games in the United Kingdom. To those who love the Grand Slam and want to watch it in the USA, you can catch this tournament on ESPN. EuroSport has undertaken the job to broadcast Wimbledon games in the European nations. For the people in the Indian subcontinent, Star Sports has continued to transmit the game. For online viewing, Hotstar is showing the game for Indian subcontinent viewers while Fubo, Sling TV, and Hulu TV have been doing so for global viewers. 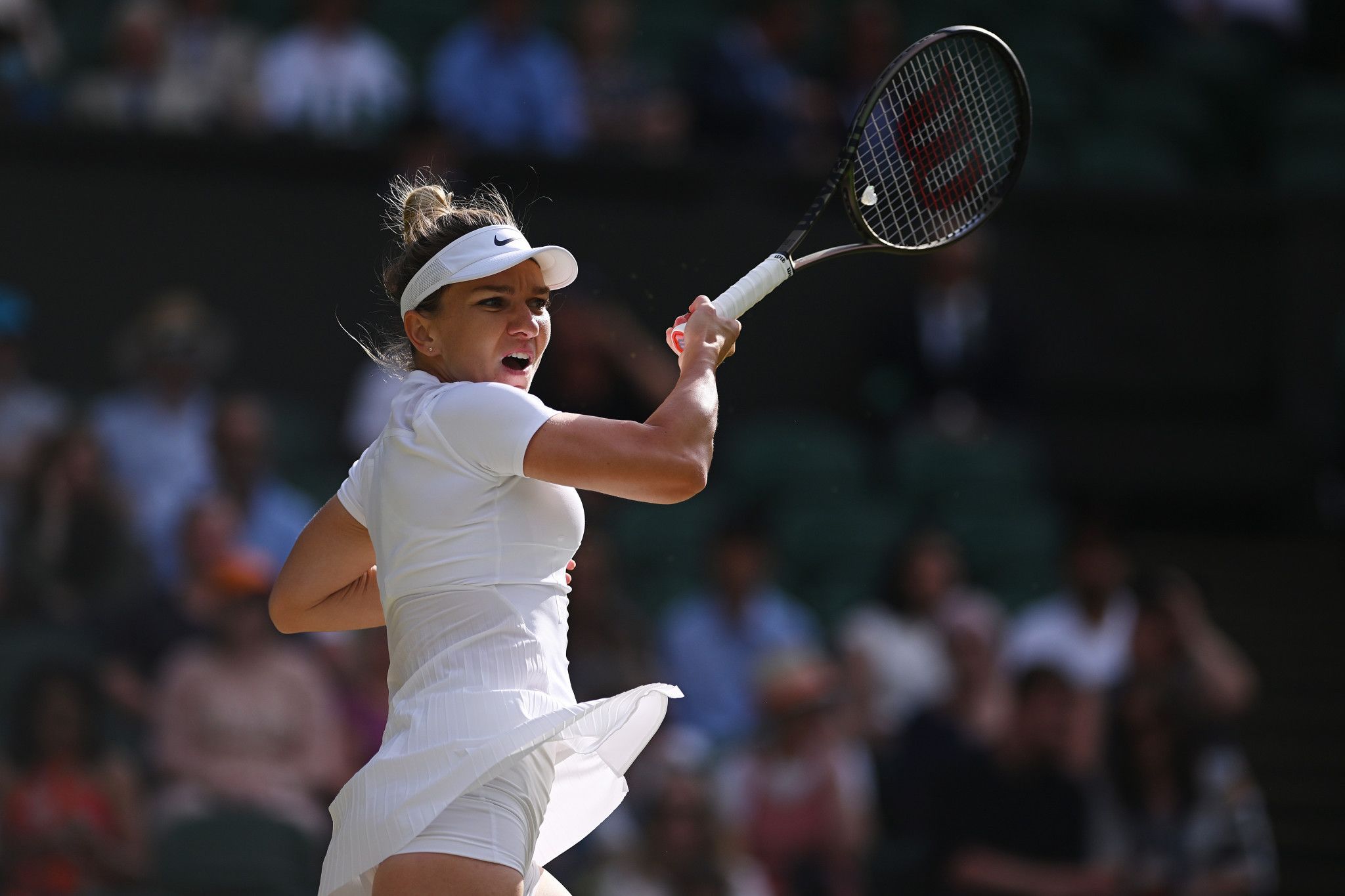 Simona Halep with a strong forehand

Amanda looked solid during her triumph against Harmony Tan. She didn’t dominate Tan in the serve game but did a great job of breaking her serve. Amanda had a strong 70% first serve and she went on to win 80% on her first serve. She chipped away at 4/11 breakpoints. Amanda did an incredible job of winning 37 receiving points compared to 15 by Harmony. Amanda has avoided unforced errors and that has been the key in her long run.

Amanda has not had it easy, despite a breezy win against Harmony. She was prolific against Coco Gauff and had a comeback win, something she also did a great job against Lauren Davis. This is the first time Anisimova has made it to the Quarter-Finals of Wimbledon whereas her best Grand Slam performance came in the French Open 2019 where she reached the Semi-Finals. This has been a great season for the young American who reached the fourth rounds of the US Open and Australian Open.

Simona has been in a great tune throughout the campaign and her win against Paula Badosa has to be a statement win. Badosa had no chance at all and she had a great time breaking the serve of the Spaniard, grabbing 5/11 Breakpoints. Due to that great receiving game, Halep earned a 30-8 receiving points advantage. Halep had a 50% first serve and it was on the back of her cross-court shots that she was able to get through in the game and dominated Paula.

Simona is yet to drop a set in the tournament and she has done a great job of dusting off her opponents. She has been an expert in terms of breaking the serve and this has been a great spell in terms of rallies for the Romanian expert. Halep has once again shown that her game on the grass has been stellar and her defensive game has been on-point. Her return game has been tremendous and she is one of the best players for a long time.

Who will win the match between Simona Halep and Amanda Anisimova?

Simona has shown that her game has been at the prime level on grass and she has been withstanding the opposition’s serve in numerous ways. Amanda’s first serve has been on fire throughout the tournament and she has found her footing in the tournament as well, but this is the stage where she gets tested the most. Anisimova still needs to prove her worth against top-ranked stalwarts. Halep and Anisimova have met thrice in their career with Halep winning two of those games and Anisimova one during 2019. All the games have been rather lopsided.

Unsurprisingly, bookmakers at 1XBet believe that Simona Halep has a huge advantage here with the odds of 1.452 whereas Anisimova has been allotted the odds of 3.062. I agree with the assessment.

Will this be a quick game or will we see this go to the third set? The way Halep is playing, it seems like the three-set equation is out of the fray and she wants to get done with it quickly. That is why I believe games will fall “under” 21.5 which has the odds of 1.885.