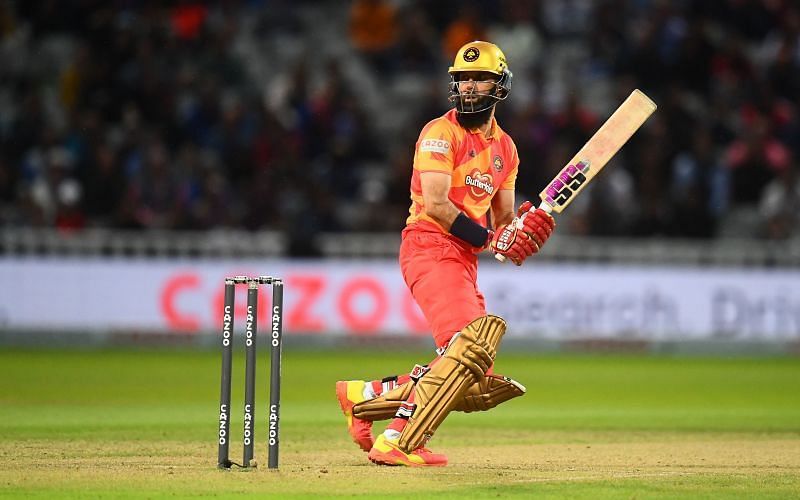 Birmingham Phoenix will face Welsh Fire in the twenty third match of The Hundred Men’s tournament. This event will be held at Edgbaston, Birmingham starting at 18:30 local time.

Birmingham Phoenix are currently 4th in the points table with three wins out of the five matches they have played so far. They have bounced back after two consecutive losses to win two matches in a row. They won their previous match against Oval Invincibles by 6 wickets chasing a target of 174 with ease. Moeen Ali, their skipper has led by example in this tournament and is among the top run getters. Ali top scored with 49 off 26 in the match against The Invincibles while Will Smeed, Finn Allen and Chris Benjamin also contributed heavily with the bat. Pat Brown was the highest wicket taker with two wickets to his name. Phoenix will jump to 2nd position in the points table if they win this match.

Welsh Fire on other hand are struggling in this tournament and are currently at penultimate position in the points table with two wins. They lost their previous match against Trent Rockets by 6 wickets. They haven’t looked good ever since Jonny Bairstow was called up for national duty. Glenn Philips scored 50 and Leus du Plooy scored 30. Qais Ahmed picked two wickets and conceded just 23 runs but unfortunately the efforts went in vain. Welsh Fire need to win this match if they want to survive in the tournament.

In the United Kingdom - Watch on Sky Network. In Australia - Kayo Sports will telecast this match. In the USA - Watch on Willow Cricket. In South Africa - Watch this match on Supersport. In India - Fancode will stream this match.