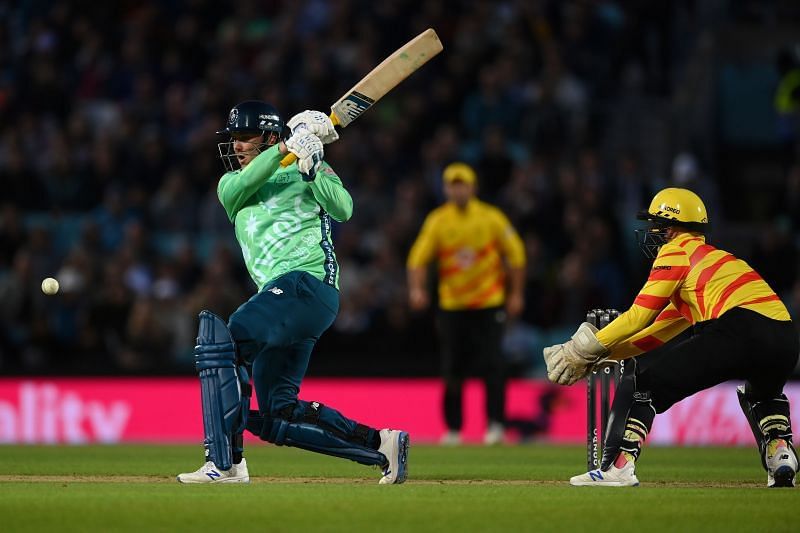 Southern Brave will lock horns with Oval Invincibles in match number 30 of The Hundred Men’s tournament. This match will take place at The Rose Bowl, Southampton starting at 19:00 local time.

Southern Brave are currently placed at 4th position in the points table and are nicely poised to qualify for the final/eliminator. After starting poorly in the tournament, The Brave have fought back nicely to be in the top 4. They have low Net Run Rate because of the early defeats and that could be harmful for the Brave. The Brave chased down a target of 145 by 8 wickets and 13 balls to spare against Welsh Fire. Quinton de Kock scored 57 not out and James Vince scored 53 to win their side this match. Danny Briggs was the pick of the bowlers with 2 wickets for 17 runs. The Brave will reach number 1 position if they manage to win this game but that could change if Birmingham Phoenix win their remaining match.

Oval Invincibles are one place above at 3rd position with equal points but a better Net Run Rate. The Invincibles have won four matches so far with 1 wash out giving them 9 points. They won their previous match against The Spirit by 2 wickets and 5 balls. Laurie Evans kept is nerve and played a brilliant knock of 67 runs not out to win his side this match by a tight margin. Tabraiz Shamsi picked 3 wickets for 25 runs while Tom Curran picked 2 wickets for 33 runs. The Invincibles are comfortably placed at 3rd and if they win this match they will go to the summit in the points tally. They have a very good chance of making it to the final or the eliminator match.