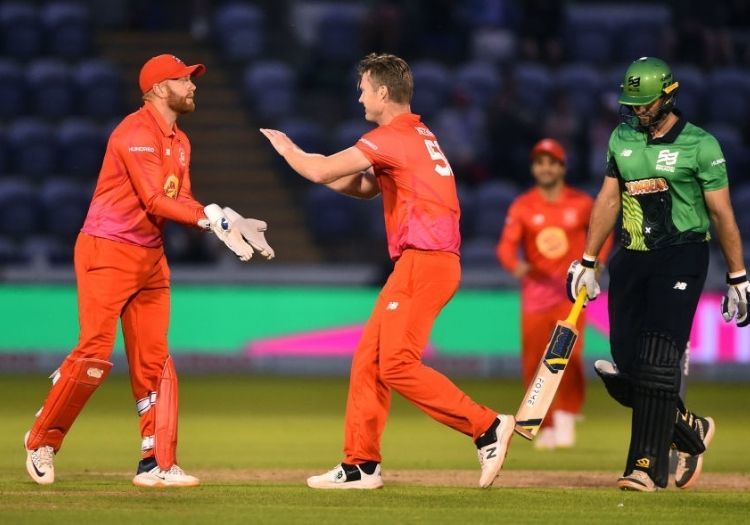 Southern Brave are up against Welsh Fire in the twenty fifth match of The Hundred Men’s tournament. This event will be held at The Rose Bowl, Southampton starting at 18:30 local time.

Southern Brave have been on a winning spree ever since they lost their first two matches and as result are at 4th position in the points tally. One of their matches was washed out because of rain. The Brave defeated The Superchargers by 5 wickets in their previous game. They chased down a target of 129 with 5 balls to spare. Quinton de Kock played an excellent knock of 72 not out to win his team the match. The bowlers were among wickets with Danny Briggs picking 2 while George Gartan, Tymal Mills, Jake Linlott and Chris Jordan took 1 wicket each. The Brave have bounced back well in this tournament and will be looking to win this match to solidify their position in the top 4.

Welsh Fire on the contrary are at the 7th place in the points tally. They won their initial two matches but have lost four matches consecutively which have left them in this position. The Fire lost their previous match against The Phoenix by a huge margin of 93 runs. While chasing a target of 185 they were all out for just 91. Imran Tahir became the first player to take a hat trick in The Hundred Men’s tournament and picked 5 wickets in total to dismantle The Fire’s batting. Ian Cockbain scored 32 off 25 and was the only batsman who looked comfortable until he got out. This is a must win match for The Fire if they are to make it to the top 4.

Bet on Southern Brave vs Welsh Fire with Bet365