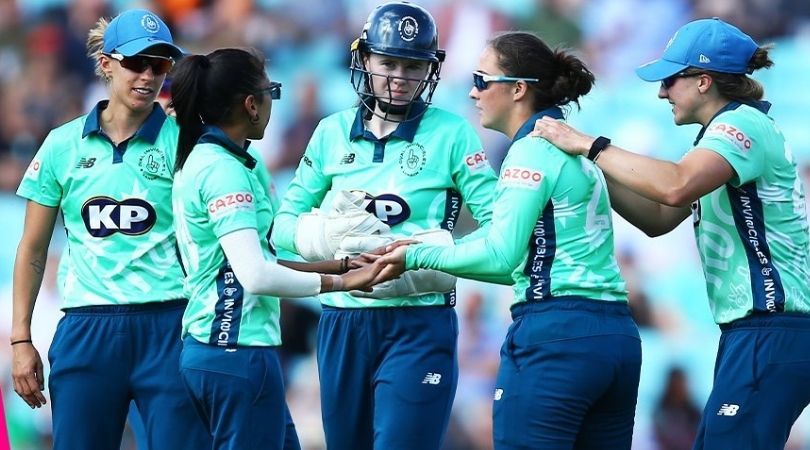 Southern Brave are set to face Oval Invincibles in match number 30 of The Hundred Women’s tournament. This event will take place at The Ageas Bowl, Southampton starting at 15:30 local time.

Southern Brave are in the finals irrespective of the result of this match. They have twelve points off the seven games they have played so far with just one loss so far. The Brave are the favorites to win the first edition of The Women’s Hundred. The Brave beat Welsh Fire in their previous game by 39 runs. They posted a huge total of 166/3 while batting first, it was too much to chase for The Fire. Smriti Mandhana scored 78 off 52 balls and Danni Wyatt scored 53 off 34, forming a 107 runs partnership at the top. Mandhana has returned to India which will be an area of concern for The Brave as they will look to replace her. The Brave have been in really good touch the entire tournament and it would be no surprise if they win the tournament.

Oval Invincibles are at 2nd place in the points table owing to a win in their previous match against London Spirit. They have earned 9 points so far with 4 wins and 1 washout. They have a high chance of getting into the eliminator even if they lose this match. The Invincibles won their previous match against The Spirit by 8 wickets as they chased a target of 104 with 13 balls to spare. Georgia Adams and Marizanne Kapp kept their cool and remained not out in a comfortable chase. Adams and Kapp managed to score 37 and 23 respectively. Kapp was brilliant with the ball as well as she picked two wickets for 12 runs. Meanwhile Alice Capsey also picked 2 wickets for 15 runs. The Invincibles have been solid throughout the tournament and they would hope to make it to the final at Lord’s.