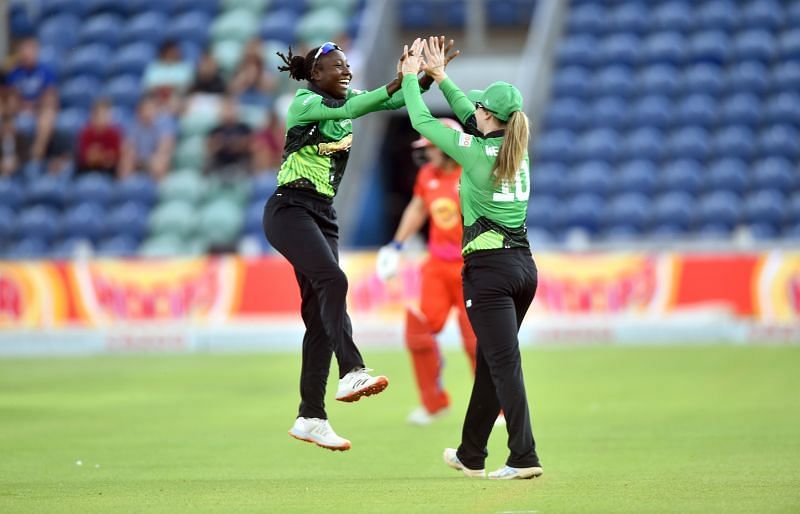 Southern Brave will be up against Welsh Fire in the twenty fifth match of The Hundred Women’s tournament. This event will be held at The Ageas Bowl, Southampton starting at 15:00 local time.

Southern Brave have dominated this tournament so far and as a result are at the summit in the points tally. After losing their match against Manchester Originals they bounced back sharply with a 7 win in a rain affected match. Sophia Dunkley and Maia Bouchier batted beautifully with 50 and 33 not out respectively to hand their team victory. The Brave bowled tightly before rain cut short the first innings, they contained Northern Superchargers to 76 after 73 balls being bowled. Lauren Bell got 2 wickets while Tara Norris picked 1 wicket. The Brave look all set to go into the playoffs and are one of the favorites to win the first edition of The Hundred Women’s.

Welsh Fire on the flipside are struggling at the penultimate position in the points table with two wins out of six matches they have played so far. They faced a heavy defeat by 10 wickets in their previous game against Birmingham Phoenix. They managed a decent total of 127 while batting first with Bryorny Smith’s 38 and little contributions by others throughout the innings. However their bowling was nothing to write home about as they couldn’t put any pressure on The Phoenix batters as they scored 131 for no loss. Welsh Fire need to get a huge win in order to stay alive in the tournament and if they lose they might be out of the tournament.

Bet on Southern Brave vs Welsh Fire with Bet365