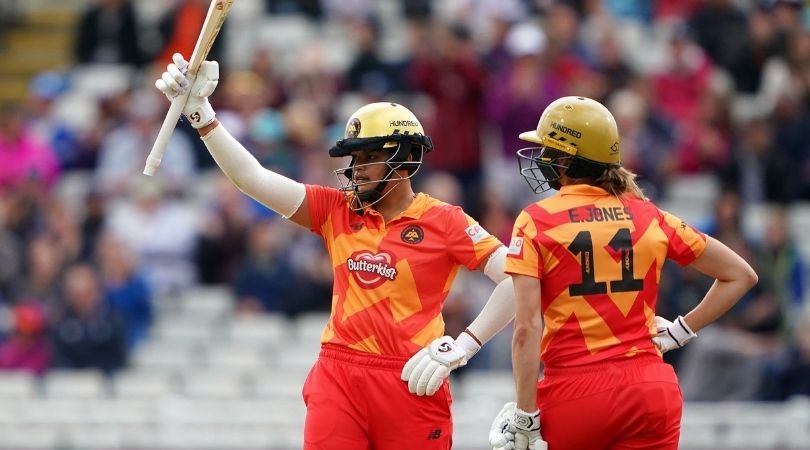 Trent Rockets will face Birmingham Phoenix in the twenty seventh match of The Hundred Women’s tournament. This event will take place at Trent Bridge, Nottingham starting at 15:30 local time.

Trent Rockets are currently 4th in the points tally with three wins, two losses and one washout so far. Their previous match against Oval Invincibles was washed out because of rain. Nat Sciver has been the star player for the Rockets contributing with both bat and ball. She has scored 190 runs and 3 wickets thus far in the tournament. Sammy Jo-Johnson has been the top wicket taker for The Rockets with 12 wickets. The Rockets won their game comfortably against The Fire with 4 wickets and 8 balls to spare. The Rockets would want to finish in the top 3 in order to play the playoffs.

Birmingham Phoenix are at the penultimate position in the tournament with 2 wins and 4 losses till now. In their previous match against Welsh Fire they defeated The Fire with 10 wickets with 24 balls to spare. Shafai Verma scored 76 while Eve Jones scored 52 as well, they were both not out throughout the innings. Kirstie Gordon picked 2 wickets whereas four other bowlers picked 1 wicket each. All the teams are alive in the tournament but the teams at the bottom have a very low chance of making it into the top 3. The Phoenix will be looking to perform in the way they did in the previous match in this must win encounter.

Bet on Trent Rockets vs Birmingham Phoenix with Bet365