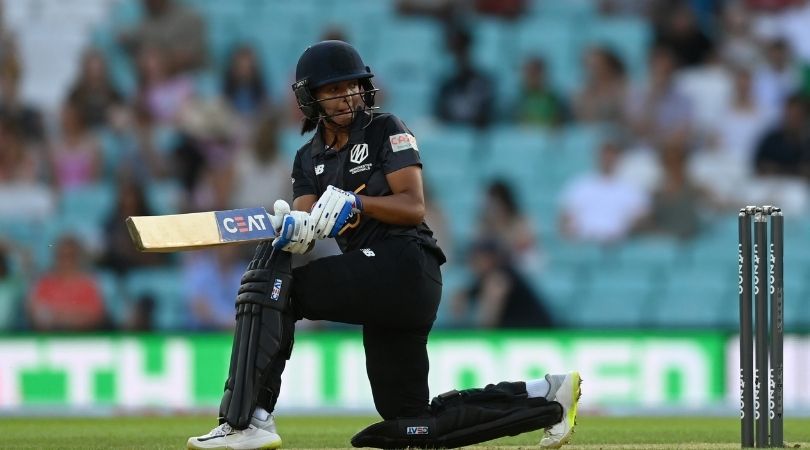 Trent Rockets and Manchester Originals are up against each other in the twenty ninth match of The Hundred Women’s tournament. This event will take place at Trent Bridge, Nottingham starting at 15:30 local time.

After seven matches in The Hundred, Trent Rockets are placed at 4th position in the points table. This will be the last match for both the teams in the group stage. Trent Rockets have a chance of qualifying for the playoffs, given that they win this match. Trent Rockets lost against Birmingham Phoenix by 3 wickets yesterday. Their batting let them down a little bit with 30 being the top score by Abigail Freeborn. The Rockets gave a target of 126 which was chased down with 6 balls to spare. Sammy-Jo Johnson who has been the top wicket taker with the ball picked 3 wickets while four bowlers picked 1 wicket each. This match is of utmost importance to The Rockets and they need to get a win in order to secure their place in the final/eliminator.

Manchester Originals on the contrary are at the last position in the points tally. They have won in consecutive matches after losing the first 5 in a row. This team is out of the tournament but could spoil The Rockets’ chances. They won against Northern Superchargers in their previous game by 8 wickets and 14 balls to spare. Lizelle Lee played an amazing innings of 68 runs off 40 balls to win her side this match. Kate Cross was crucial in containing The Superchargers to a low total of 126 by picking 3 wickets and conceding less than 1 run per ball. The Originals would want to finish this tournament on a high by winning this match and they could potentially spoil The Rockets’ chances of top 3.

Bet on Trent Rockets vs Manchester Originals with Bet365