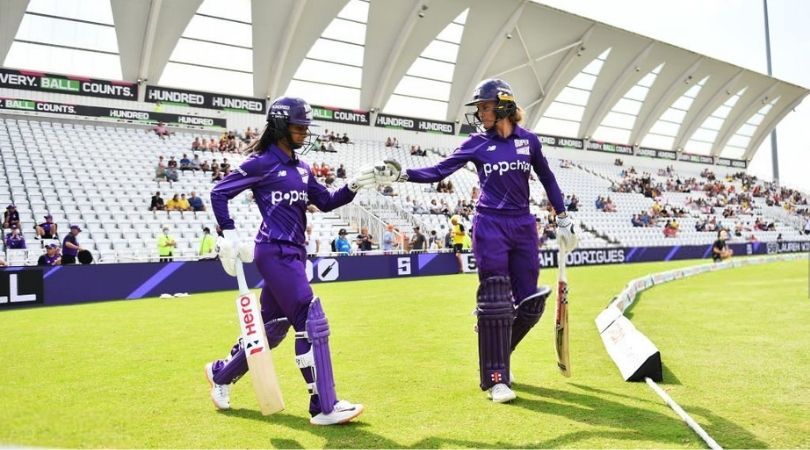 London Spirit will play against Northern Superchargers in the seventeenth match of The Hundred Women’s tournament. This match will take place at Lord’s Cricket Ground, London starting at 15:30 local time.

London Spirit have won just one out of their four matches so far. They managed to win the first match and since then have lost all their matches. In the last match they lost against Southern Brave only managing a small total of 93 runs in the first innings. The Brave chased down the target 7 wickets and 8 balls to spare. The Spirit batted poorly with only Tammy Beaumont managing a score in double figures, all other batters disappointed. The bowling didn’t have enough runs to defend the target. Deepti Sharma picked 2 wickets and conceded just 10 runs off 20 balls. Charlotte Dean also bowled well conceding 16 runs and picking 1 wicket off 20 balls. London Spirit will be looking to get back to winning ways and get back in the competition.

Northern Superchargers have won three out their four matches so far with one of the matches being abandoned due to rain. They currently sit at the second position in the points table and are yet to lose a match in the tournament so far. They won their last match against Oval Invincibles by 4 runs in a close finish. Alice Davidson-Richards scored 42 runs and was the top scorer for The Superchargers. Davidson-Richards performed brilliantly with the ball as well she picked 2 wickets while giving away just 17 runs. She was awarded ‘Player of the Match’ for her all round performance.Linsey Smith and Katie Levick picked one wicket each. Northern Superchargers have been in brilliant form in this tournament and will be looking to continue their winning run.

Bet on London Spirit vs Northern Superchargers with Bet365

You can watch this match on Sky Sports in the United Kingdom. In Australia, this match can be watched on Kayo Sports. Willow Cricket will broadcast this match in the United States. Supersport will telecast this event in South Africa and Sub Saharan regions. In India, Fancode will stream this event.