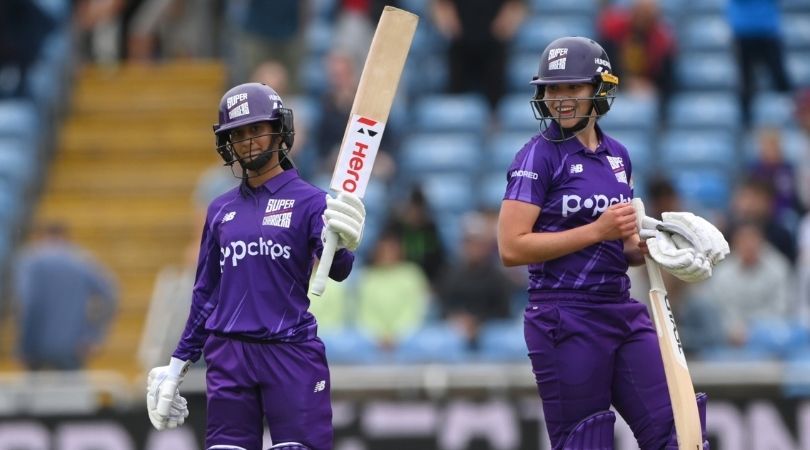 Manchester Originals are up against Northern Superchargers in the ninth match of The Hundred Women’s tournament. This match will be played at Emirates Old Trafford, Manchester starting at 15:00 local time.

Manchester Originals have got off to a poor start in the tournament having lost both their matches till now. Chasing a small target of 114 in their match against Birmingham Phoenix, The Originals only managed 93 runs despite a fighting innings by Harmanpreet Kaur. Their bowling did really well conceding just 113 with Emma Lamb picking 3 wickets while Sophie Ecclestone and Laura Jackson picking 2 wickets each. They will be looking to get their first points in the leader’s board playing at home.

Northern Superchargers on the other hand have won both their matches till now. Jemimah Rodrigues is in brilliant form scoring 60 runs in her last match and 92 runs runs in the first game. Their captain Lauren Winfield-Hill and Lauren Kimmence were solid as well. Sammy-Jo Johnson was the pick of the bowlers grabbing 4 wickets. The Superchargers will be looking to keep continuing their winning streak.

Bet on Manchester Originals vs Northern Superchargers with Bet365

This match will be telecasted on Sky Sports in the United Kingdom. You can watch this match on Kayo Sports in Australia.

In the United States this match can be watched on Willow Cricket and on Super Sport in South Africa.

Fancode will be streaming this match for the Indian Audience.