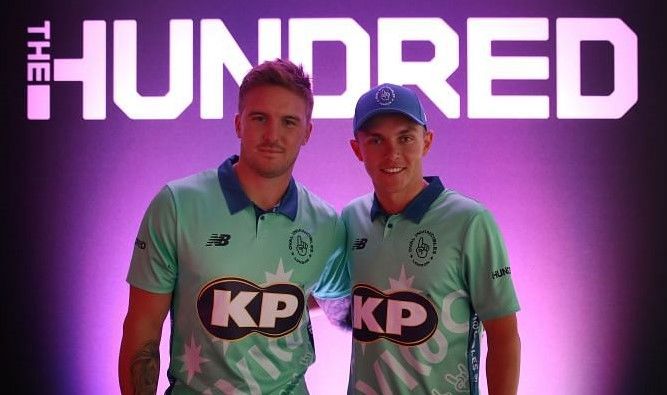 The match between Oval Invincibles and Manchester Originals will kick off The Hundred Men’s Tournament 2021.

This group stage fixture will be played at The Kia Oval, London starting at 18:30 local time.

The beginning of the tournament could not have been more exciting with two equally matched sides playing the opening game.

The Oval Invincibles lineup has England’s star players in their squad including Jason Roy, Sam Curran, and Sam Billings among others. Jason Roy has been in good form recently scoring 64 off 36 balls in his last match against Pakistan. Their foreign contingent boasts of players such as Sunil Narine, Colin Ingram, and Tabraiz Shamsi. The number one ranked T20 bowler Tabraiz Shamsi has replaced Sandeep Lamichhane who was ruled out of the hundred due to visa issues. Sam Curran will be the key player for the Invincibles.

The Manchester Originals captained by Jos Buttler have a good squad as well. They have star foreign players in their team including Carlos Brathwaite, Lockie Ferguson, and Colin Munro. They have a strong bowling attack as well with the likes of Ollie Robinson, Jamie Overton, Lockie Ferguson bolstering the pace attack. The player to watch out for in this team is Carlos Brathwaite who can contribute with both bat and ball.

The Oval Invincibles have a more balanced-looking side as compared to The Manchester Originals.

All in all, it promises to be a great matchup between two quality sides.

In the UK, the match will be live-streamed on Sky Sports. You can watch the match on Sky Sports Cricket, which has been re-branded as Sky Sports: The Hundred for the course of the tournament.

In the subcontinent, the match will be live-streamed on Fancode.

Prediction - The Oval Invincibles to win.