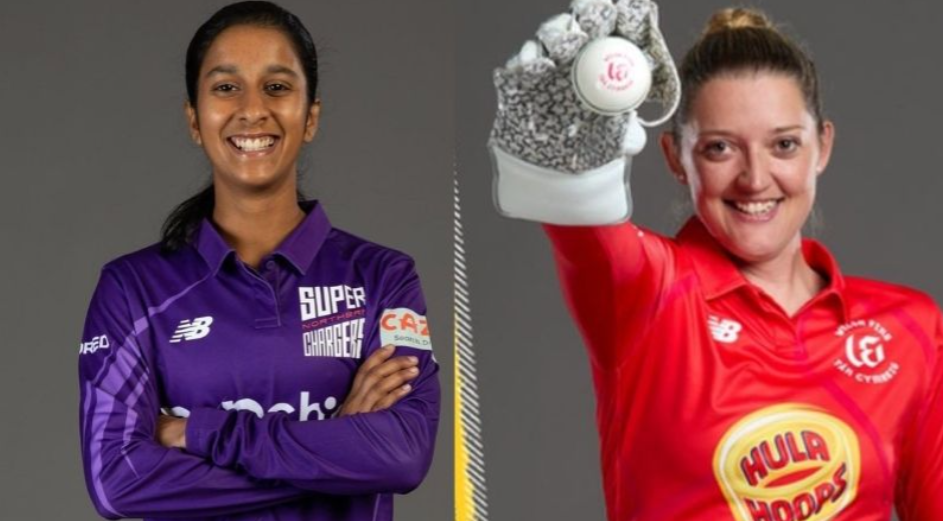 Trent Rockets will face Northern Superchargers in the seventh match of The Hundred Women’s tournament. This match will be played at Trent Bridge,Nottingham starting at 15:00 local time.

The Rockets lost their opening match against Southern Brave. They were defeated by a heavy margin of 23 runs while chasing a target of 134. Their skipper Nat Sciver played a leader’s knock of 44. Heather Graham also contributed with 24 runs off 17 but their effort went in vain. Nat Sciver was the pick of the bowlers getting two wickets. The Rockets will be looking to improve on their previous performance, especially their batting performance.

The Superchargers got off to a winning start in their opening game. They won the match very convincingly defeating Welsh Fire by 6 wickets with 15 balls to spare. Jemimah Rodrigues was the star performer scoring 92 runs off 43 balls. Linsey Smith picked 3 wickets conceding only 14 runs off 20 balls. Katie Levick and Alice Davidson-Richards picked two wickets apiece.The Superchargers were brilliant in their previous match and they will be looking to repeat their performance today.

This match will be telecasted on Sky Sports in the United Kingdom.

You can watch this match on Kayo Sports in Australia.

In the United States this match can be watched on Willow Cricket and on Super Sport in South Africa.

Fancode will be streaming this match for the Indian Audience.