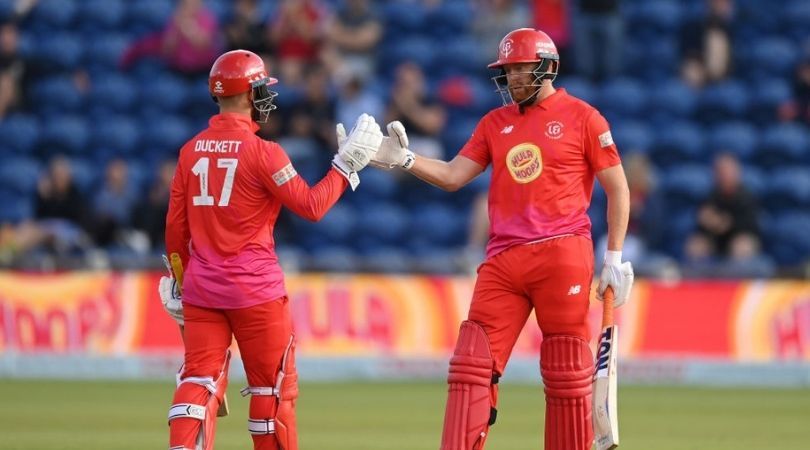 Welsh Fire will face Manchester Originals in the twelfth match of The Hundred Men’s tournament. This match will be played at Sophia Gardens Cricket Ground, Cardiff starting at 14:30 local time.

Welsh Fire are in red hot form in this tournament winning both their matches thus far. They have scored big in both the matches, courtesy their brilliant top order. Jonny Bairstow and Ben Duckett in particular have been in excellent form. Jonny Bairstow has scored 56 and 72 while Ben Duckett has scored 41 and 53 in the two matches. James Neesham was instrumental in the last match with the bowl picking 3 wickets for just 5 runs. David Payne picked a couple of wickets in the last match. The Fire are in second position on the points table and will be targeting the summit.

However Manchester Originals have just one match out of the three they have played. They lost the first match, won the second and their third match was washed out due to rain without a ball being bowled. Somehow they are in third position in the points table. They looked good in their match against Birmingham Phoenix restricting them to just 87 and chasing the target with 6 wickets and 27 balls to spare. They will be looking to replicate their performance against The Fire who have performed really well thus far.

Bet on Welsh Fire vs Manchester Originals with Bet365