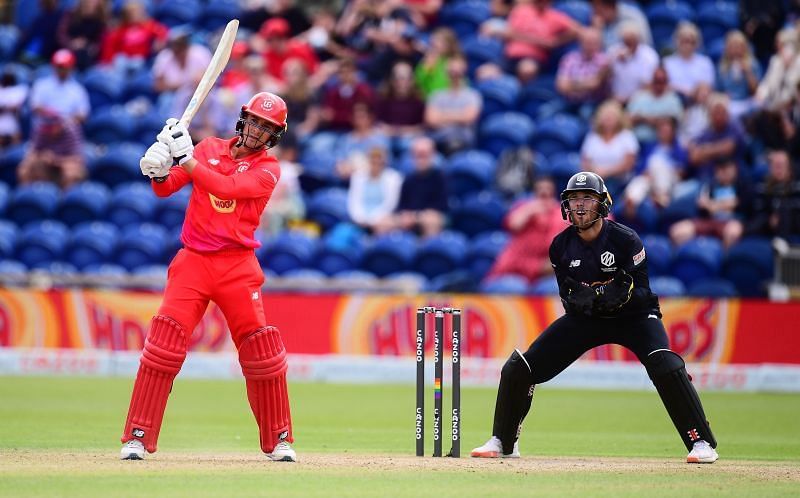 Welsh Fire will face Trent Rockets in the twentieth match of The Hundred Men’s tournament. This match will take place at Sophia Gardens, Cardiff starting at 18:30 local time.

Welsh Fire on the other hand are placed at 5th position in the points table. They have won two and lost two out of the four matches they have played so far. Ever Since Jonny Bairstow was called up for national duty, The Fire have lost two consecutive matches. In their previous match they lost against Oval Invincibles by 6 wickets. Ben Duckett who has been in brilliant form top scored for The Fire, he scored 65 runs and was the only batsman who had an impact. In the bowling department, James Neesham has been quite effective for The Fire and he continued his good run with the ball picking 2 wickets. Qais Ahmed picked 1 wicket but only conceded 12 runs off his bowling quota. Welsh Fire will be looking to scrap a win in this match and be in contention for top 3.

Trent Rockets are currently placed at 2nd position in the points table having won three of the four games they have played thus far. They were unbeaten until their last match against Birmingham Phoenix, they lost the match by 6 wickets. Their batting was decent with Dawid Malan getting a fifty while Alex Hales and Samit Patel scoring 38 and 31 respectively. However their bowling disappointed as they conceded at a high run rate allowing The Phoenix to chase down 145 in just 74 deliveries. Rashid Khan bowled brilliantly, he picked 3 wickets while giving away just 26 in an otherwise high scoring match. The Rockets will look to get back to winning ways and maintain their position in the top 3.

Bet on Welsh Fire vs Trent Rockets with Bet365