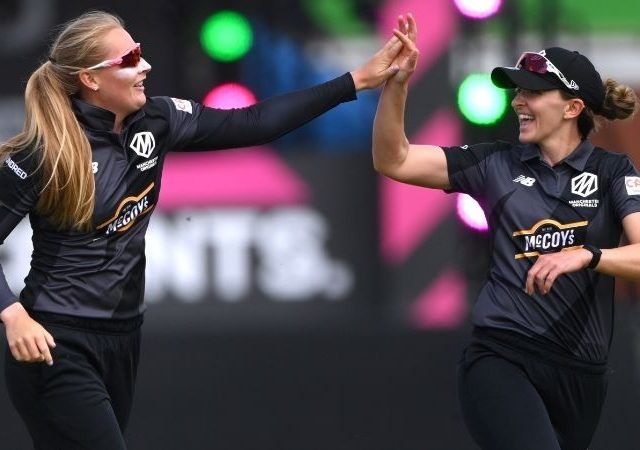 Welsh Fire will be playing against Manchester Originals in the twelfth match of The Hundred Women’s tournament. This match will be played at Sophia Gardens Cricket Ground,Cardiff starting at 11:00 local time.

Welsh Fire are yet to win a match in the tournament. They have played two matches thus far, losing the first match against Northern Superchargers by 6 wickets and the previous one against Southern Brave by 8 wickets. Hayley Matthews top scored for The Fire, scoring 33 off 20 balls at the top. Only Georgia Redmayne and Georgia Hennessy managed to score in double figures. Their bowling looked dull and they could only manage two wickets. The Fire will be looking to improve their all round performance as their batting almost collapsed in the previous match and the bowling was ineffective.

Manchester Originals have lost two out of their three matches. Their last match was washed out because of the rain without a ball being bowled. Manchester Originals didn’t look good in the matches in which they did manage to play. They got all out for 93 while chasing a small target of 114 against Birmingham Phoenix in the second match. Whereas they lost by 5 wickets in their first match which was a close encounter. Manchester Originals might make a few changes in the playing eleven in order to get the right balance in their team.

Both teams will be looking for their first win in the tournament making it an interesting watch.

Bet on Welsh Fire vs Manchester Originals with Bet365

This match can be watched on Sky Sports in the UK. Australian viewers can watch this match on Kayo Sports.