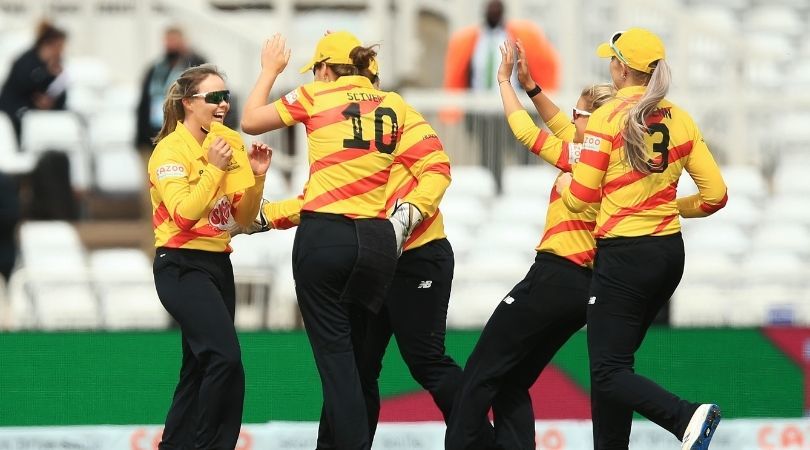 Welsh Fire will battle Trent Rockets in the twentieth match of The Hundred Women’s tournament. This event will take place at Sophia Gardens, Cardiff starting at 15:00 local time.

Welsh Fire sit at 4th position in the points table after two wins and two losses out of the four matches they have played till now. They have been on a winning run recently winning their previous two matches. In their previous match they beat Oval Invincibles by 12 runs. They defended a total of 112 restricting The Invincibles to just 100 runs. Georgia Redmayne and Sarah Taylor were the only batters to get decent scores with 30 and 29 respectively. Hayley Smith bowled really well, she picked 3 wickets while Nicole Harvey picked 2 wickets. Welsh Fire are in good form and will be looking to take that form in this match and get a win.

Trent Rockets are right below Welsh fire with similar wins and losses but they have a lower Net Run Rate(NRR). The Rockets also have won consecutive matches after two losses. The Rockets defeated The Phoenix in their previous match by 14 runs. Heather Graham batted really well for her 44 not out off 21 balls while Sammy Jo-Johnson and Heather Graham also batted decently. Sammy Jo-Johnson picked 3 wickets as well. Katherine Brunt took two wickets off her bowling quota. The Rockets will be aiming for a victory in this match to keep their momentum going.

Both teams have been in excellent form recently and this one is set to be a well fought match.

Bet on Welsh Fire vs Trent Rockets with Bet365