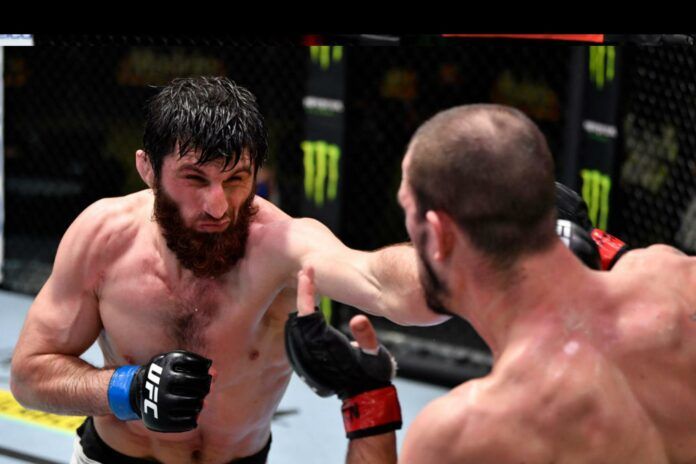 One of the most talented light heavyweight prospects from Makhachkala, Dagestan, Magomed Ankalaev, will share the octagon with one of the most experienced veterans, Volkan Oezdemir.

Magomed Ankalaev suffered the only loss in his professional MMA career in his UFC debut. After that, he earned 6 victories in a row. 4 out of 6 victories he earned via KO. He defeated Ion Cutabela twice. His last appearance was against Nikita Krylov, and he earned a unanimous decision victory against him.

Bet on Magomed Ankalaev vs. Volkan Oezdemir with 1xBet

Volkan Oezdemir is a former UFC light heavyweight title challenger. He fought for the title against one of the double champions of the UFC, Daniel Cormier. After losing in the title fight, he held 5 bouts and lost in 3 of them. In his previous bout, he suffered a brutal KO loss against UFC's new rising star, Jiri Prochazka. His last victory was against Aleksandar Rakic, and it was via split decision.

Opening the main card with a LHW BANGER ????

From my point of view, Ankalaev already earned enough experience to fight with veterans. Both fighters love striking, but the Dagestanian fighter has way more clean technique. Volkan is eating lots of punches, and I think that Ankalaev will land some special high kick and finish this fight early. However, Ankalaev is quite careful during the fights, so earning a unanimous decision victory is a possible outcome, too.

Ankalaev will open this bout as the favorite, with the odd around 1.3. It is excellent, odd since I can't see any scenario where Oezdemir will defeat Ankalaev. Oezdemir is a great fighter, and he can beat many tough guys in the division, but Ankalaev is a terrible stylistic matchup for the Swiss warriors.