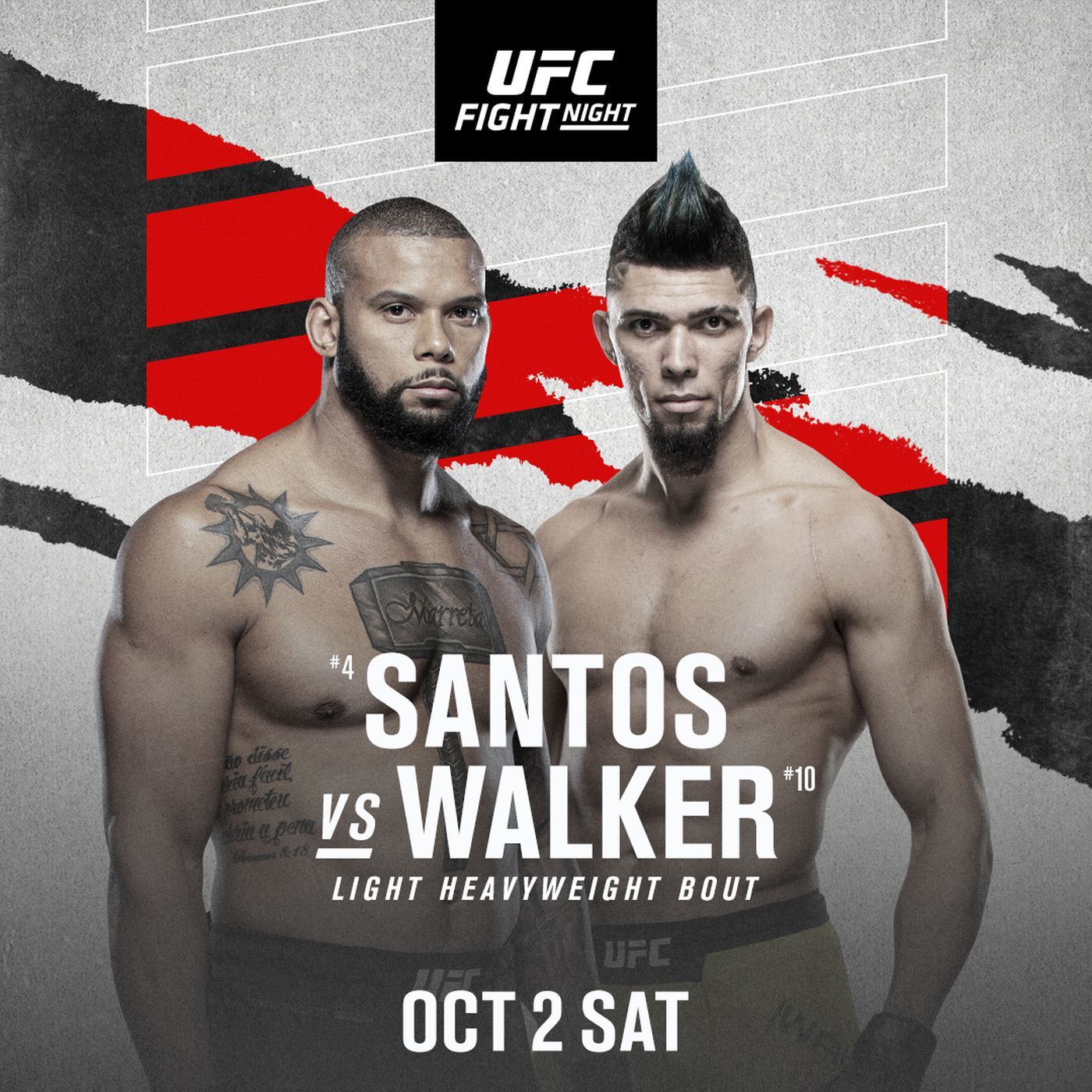 On October 2, UFC Fight Night 193 will take place at UFC Apex in Las Vegas, Nevada. The headlining of the event will be a light heavyweight clash between Thiago Santos and Johnny Walker.

Thiago Santos is a very experienced fighter, who was one fight away from the UFC gold, but he suffered a loss against the champion Jon Jones at UFC 239. Since losing the title fight, he suffered another 2 losses in a row. One was against current title challenger Glover Teixeira, and the last defeat was against excellent prospect Alexander Rakic. He has defeated names like Jan Blachowicz, who is now current light heavyweight champion, Anthony Smith, and many others since 2013.

Bet on Thiago Santos vs. Johhny Walker with 1xBet

Santos's rival is going to be a great young prospect, Johnny Walker. Walker made amazing debut fights and won 3 in a row, all via KO in the first round. Everyone considered him a true challenger. However, Cory Anderson stopped the hype when he served Johhny his first-ever UFC loss in the first round via TKO. After that, Walker faced Nikita Krylov and suffered another loss. In this fight, MMA fans saw that Johnny was fighting terribly on the ground. His BJJ brown belt is not deserved because he got exhausted and dominated on the ground very easily.

However, Walker won the last bout against Ryan Spann, but he almost got finished in that bout, too. Spann dropped Walker twice, but Walker still earned the first-round KO victory with the elbows. Now his coach is John Kavanagh, who is Conor McGregor's coach, too.

Santos is on the downfall of his career, while Walker is trying to improve and says he is hungry and ready to take over. I think Johnny will earn another victory. Walker will open this bout as the underdog with the odds of 2.33, and I can't entirely agree with the bookmakers, but I would not be surprised if Thiago wins this bout (if the fight goes on the ground).

However, from my point of view, at this point of their career, Walker should earn the victory.