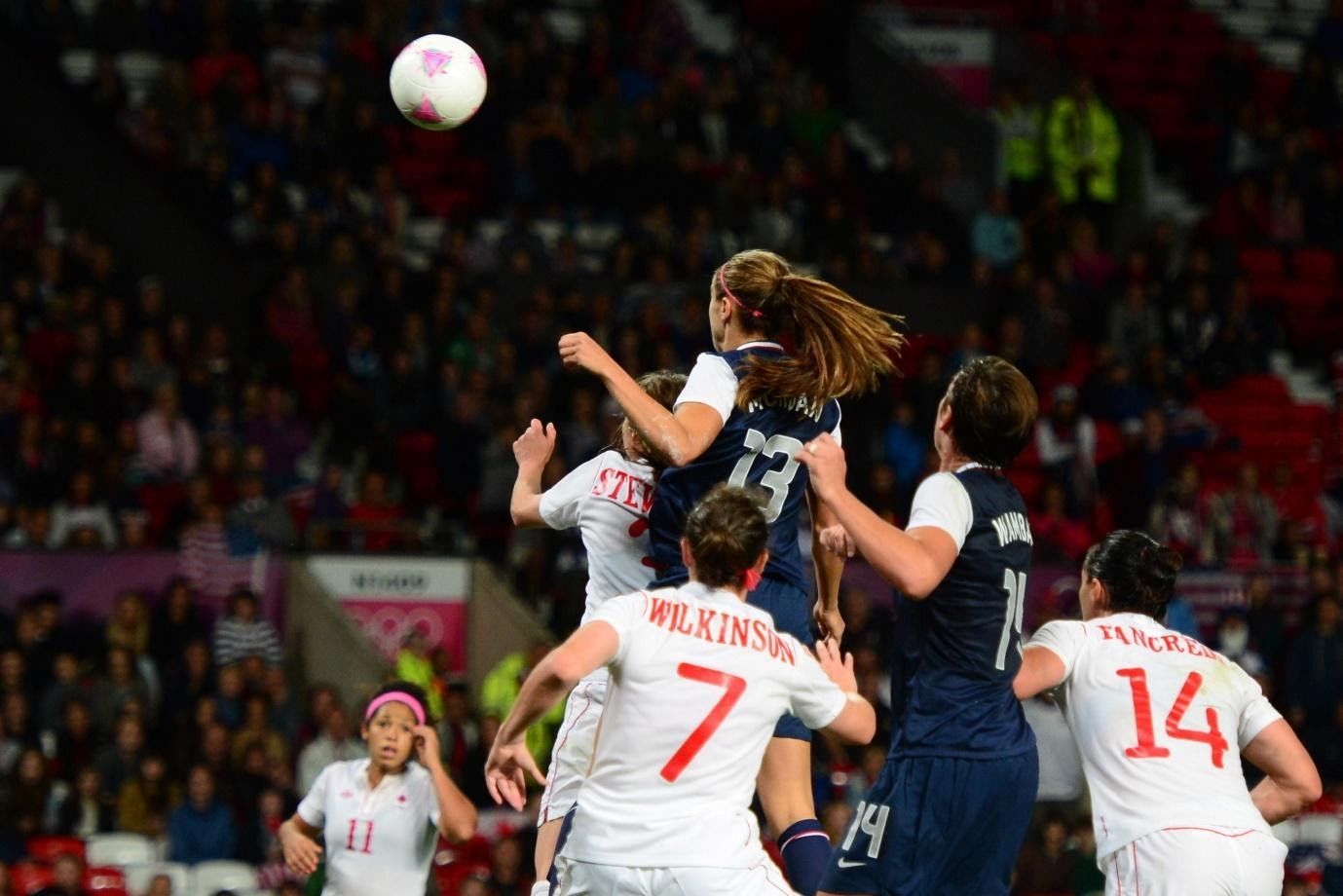 Women's Olympic soccer games are back this Monday. The quarter-finals are over, and the semi-finals are on the edge. 4 teams remaining and only three of them will get medals. An interesting semi-final here is between USA and Canada. Two strong teams seek for the big final, but who will reach it? Will it be the current world champion USA or the insidious Canada? Not an easy route for both teams as after the group stages USA finished second in Group G with 4 points and Canada also finished second in Group E with 5 points. After the group phase, USA got the best only after the penalty kicks to eliminate Netherlands, which lost the chance to be in the semis after Martens missed the penalty in the 83rd minute. Canada also ended in a 0-0 draw, and the penalty kicks rewarded them against Brazil in a hard-fought game. Now the number of teams is getting closer, and the chances for a medal are up high as only one team out of four remains without one. Both teams have great potential to get the Gold Medal, and their major objective is undoubtedly the golden one. It won't be easy for both teams, seeing their struggling match in the quarters. They will need more determination and fewer mistakes if they want to reach the final. Let the best team achieve that!

Seventeen games until now between the sides, and we have to say that the current world champions USA have been dominating so far their clashes. Twelve wins (1 of them in extra time for the Olympics 2012 semi-final) for the States, 4 draws, and only one win for Canada in their first-ever game in 2001 for the Algarve Cup. Sixteen games without a win against the USA are not good for Canada, they will do the impossible to stop that trend and finally win a game against them. Let's see what the USA has to say about that in the field!

Good news for both teams as they have all their called-up players ready for the semi-final. The coaches should be delighted, as no injury or illness is shown, and they have all the group fit and ready to give everything to go through the next phase.

Seeing that USA is the current world champion, they were the top favorites since the beginning of the Olympic Games. Also, Canada is winless in 16 consecutive matches against, making USA the main contender to go to the final. Their quarter-final form wasn't their best either. Canada can do a big surprise here as USA are not in their peak at the moment. It is very important how they will start the game. If they start it with high pressure and take control of the game, then they have a chance of going through. As for Livestream, you can watch the game at Discovery+, Eurosport 1, BBC One. You can also check the odds at bet365, 1xbet, William Hill. The odds for this match are as follows: USA 1.66, a draw 3.60, Canada 5.25.