Since Victory is a thousand times sweeter when you're an underdog, Africa's brilliant spotlight would shine on Ghana as one of the countries to hopefully exceed expectations in the forthcoming mundial Championship. The foremost of the five African champions to play at the World Cup, Black Stars of Ghana, Ghana's national team, would this year gain their fourth access into the FIFA tournament in Qatar; their first entry being Germany 2006, second, South Africa 2010, and third, Brazil 2014.

Since Victory is a thousand times sweeter when you're an underdog, Africa's brilliant spotlight would shine on Ghana as one of the countries to hopefully exceed expectations in the forthcoming mundial Championship. The foremost of the five African champions to play at the World Cup, Black Stars of Ghana, Ghana's national team, would this year gain their fourth access into the FIFA tournament in Qatar; their first entry being Germany 2006, second, South Africa 2010, and third, Brazil 2014. 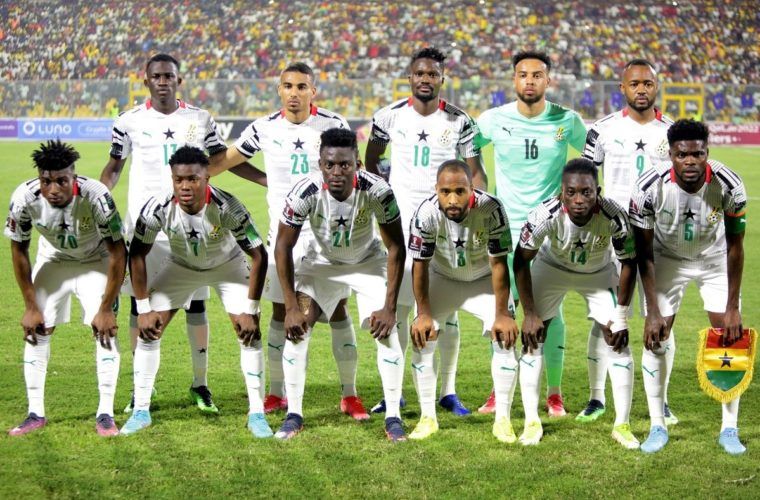 Paired in Group H alongside Portugal, Uruguay, and South Korea, they are one of Africa's favorites to represent CAF impressively among other noteworthy challengers. Otto Addo, talent coach for Borussia Dortmund and Head Coach for the Ghanaian squad had earlier named a 55-man pilot list on November 3rd, but after thorough consultations with Ghana's Football Association and members of the technical team, a final list of players considered more eligible is to be announced on Monday, November 17th.

A slightly discussed validity is the certitude that there is no team in Group H that Ghana may not be able to unseat; if granted the right amount of home-based support. Africans move in numbers; and to support the Black Stars, prominent personalities like Sulley Muntari (Ex-Black Stars veteran), Ernesto Tarricone (Executive Chairman; Trasacco homes, Ghana), and Frema Opare (Honorable Chief of Staff, Republic of Ghana) have promised to lend a hand in support of Ghana's World Cup quest this year.

"We are trying to raise funds to send some supporters to Qatar to support the team as we require a critical number to cheer the team on to victory. Also, be rest assured that we would equip you with the necessary resources and other technical necessities to make sure that the team prevails. We're good, we just need that little magic to break boundaries."

Furthermore, The President of the Ghana Football Association, Kurt Edwin Simeon-Okraku said that the plan was to open training camps in Abu Dhabi on November the tenth, where the team would camp for nine days before Doha, where they play Switzerland. In solidarity, GLICO Group, an insurance firm presented the Black Stars with an insurance cover of ten million Ghanaian cedis (10mGH¢), covering the entire squad and members of the technical crew, and a cash prize of Fifty thousand Ghana cedis (50,000¢).

World Cup 2022 takes place in Qatar from November 20 to December 18; 32 teams to compete in eight groups. Throughout the tournament's group stage, Ghana would feature according to the following schedule:

How Did Ghana Advance To The Group Stage?

Despite the debate surrounding poor refereeing decisions, Ghana crashed out shamefully of the Africa Cup of Nations. In the Qualifiers, they were viciously pitched against savage adversaries, Nigeria. At this moment, hopes were almost lost (since they wrapped up bottom of the group at the Africa Cup of Nations). However, the timely appointment of Otto Addo kept the team afloat, and Africa saw Ghana persevere, capitalizing on away-goal advantage. An initial goalless draw in Baba Yara Sports Stadium backed up by a 1-1 tie at M.K.O Abiola National Stadium Abuja, saw Nigeria beaten, with Otto Addo's side advancing to the Group Stage.

Ghana's Chances At The World Cup 2022

The Soul of every African prays for a victorious campaign from Ghana. However, Supercomputer foretells Ghana having a 21.6% triumph (a 78.4% chance of exit), which is a rather inferior chance of progress into the next phase of the championship (Correct as of November 11, 2022). The analysts forecast Ghana harboring a slim chance of advancement into the Round of 16, behind South Korea (26.2%), Uruguay (62.2%), and Portugal (86.7%).

With the team tagged as rotund underdogs, they may have hell to contend with as they play last against Uruguay, a team that ruined their chances at South Africa in 2010 when Luis Suarez blocked a goal-bound shot that led to a failed penalty. In an exclusive meeting, the Captain of the Black Stars, Andre Ayew recognized his team as the least favorite in the group, but he vowed to give every opposing team nightmare on the pitch and outlast every other team to lift the phenomenal trophy.

Frankly speaking, the Ghanaians should not be expecting a rousing welcome in the group stage; as every challenger would be looking to give them the outsider treatment; but even though the Ghanaian national team may be "trapped" in a "Group of Death", they may defy all odds to emerge winners of this competition.

2. In which group is Ghana in the World Cup?

Ghana is in Group H, playing alongside South Kore, Uruguay, and Portugal.

3. How can I watch Ghana's matches?
You can watch Ghana matches for free on Voot Select and JioTV!