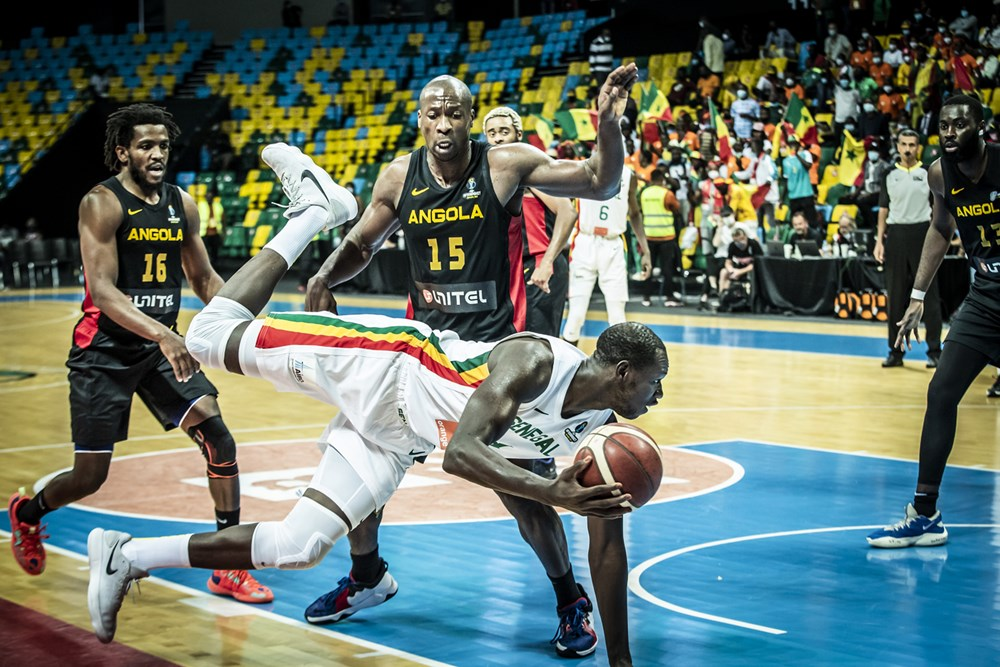 Senegal and Angola got engaged in a heated battle as the Senegalese men came on top with a 79-74 advantage. With twenty-four seconds remaining in the game, Ibrahima Faye made a lay-up off a feed from Brancou Badiou as a costly turnover by Abou Gakou with thirteen second remaining and a flagrant foul by Carlos Morias put Angola in a tangle. This is now Senegal’s fourth victory in a row to reach the Semis and Angola put up a fight before fading out of the tournament in the Quarterfinals.

Angola opened up a five point first quarter lead but Senegal stormed back after a 27-11 quarter to claim an eleven point lead by the end of first half. Then, Angola put up a better defensive quarter and outscored Senegal by five points in the third period to trim their lead to just six points.Senegal led Angola 72-64 with three minutes and 24 seconds left in the game before Carlos Moias’ three made it 72-67. Then Gerson Goncalves nailed another jumper from beyond the arc to bring Angola within two points as the clock still showed a significant time of two minutes 57 seconds remaining in the game. After Senegal claimed the four point advantage after Gorgui’s Dieng free throws, Abou Gakou’s layup and Jilson Bango’s dunk tied the game with a minute and two seconds left to play. Then with just twenty-four seconds left, Ibrahim Faye made a lay-up and then after a Abou Gakou turnover, Carlos Morias committed an unsportsman-like foul which gave Senegal both the possession of the ball and two free throw attempts as they sealed the deal from there on. Gorgui Dieng headlined Senegal’s efforts with 13 points and 15 rebounds while Angola’s Carlos Morias put on a show with 28 points ending up as the highest scorer in the game.

*In the picture above: Senegal’s #14 Gorgui Dieng hustles as Angola’s #15 Eduardo Mingas tries to intercept*