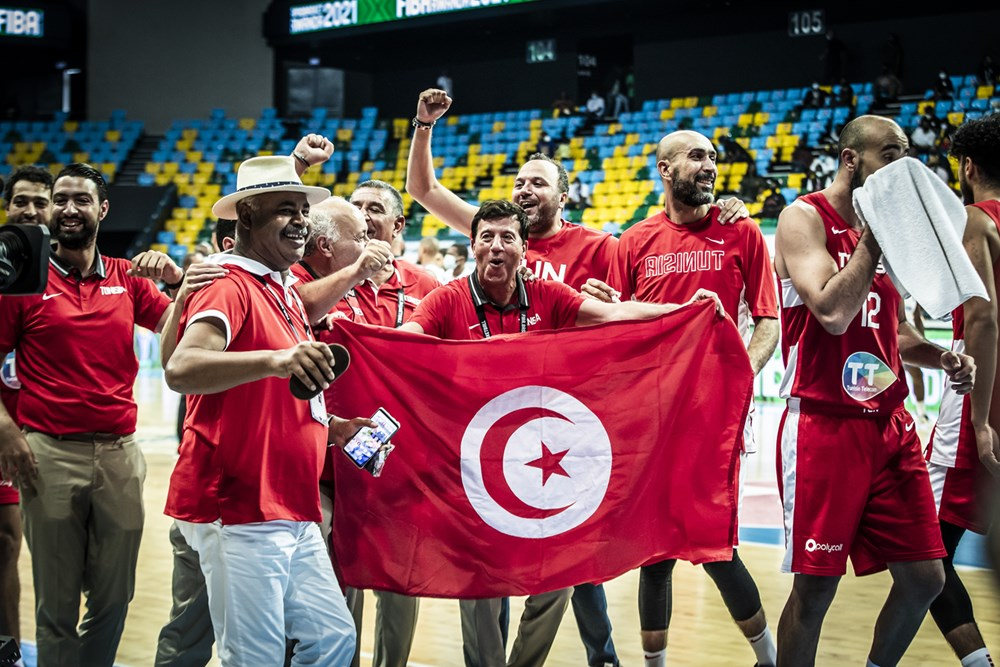 Defending champions Tunisia has earned the right to play in the AfroBasket finals as they beat Cape Verde 75-65. Tunisia has now won five games in a row and will meet the winner between Senegal and Cote d’Ivoire matchup. The result comes as no surprise as Tunisia has Cape Verde outmatched at almost every position.

Tunisia got off to a flying start and took a 39-29 lead going into the half as Cape Verde’s offense got shut down, especially from the perimeter. Then in the third quarter, Tunisia outscored them 20-15, increasing the advantage to 15 points and putting them away. Cape Verde had their offense rolling in the last quarter but a 15 points deficit proved too much and the Tunisians won comfortably in the end. Michael Roll clutched a double-double for Tunisia scoring 14 points and dishing out a fabulous 10 assists. Salah Mejri, Makram Ben Romdhane, and Omar Abada scored 14, 16, and 14 respectively, exemplifying the depth of the squad. For Cape Verde, Walter Taveres continued to be the standout performer and reeled in 16 points and 8 rebounds. As a team, Cape Verde shot 36.11% compared to Tunisia’s 41%.